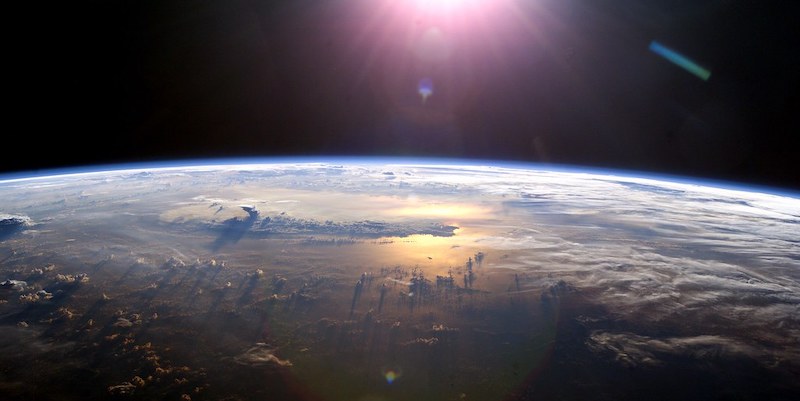 Hisham Bustani on a Single Story's Many Possible Worlds

Imagine it expanding, inflating, fragmenting as it stretches, giving rise to distortions, attractions, repulsions, connections, fields, bodies, lives, with an open horizon yet still ahead. A limitless horizon of change, in which more potential exists as more variables are born, complicating the network of relations, of possibilities.

That was how our universe was born. That is how writing is born. Both carry within them the massive cone of a preceding history condensed in a point that is the present; words fix themselves on a page in a certain constellation, carrying all history within them.

“Within each is a universe.” That cliché, yet expressive, phrase does not take an abstract form in writing: it takes on a material existence.

To capture that idea in words, I started writing a story, “Vodka at the Seaside.” Its last three paragraphs move at tremendous speed from the Big Bang, 13.7 billion years ago, to the present day, following a woman as she carelessly walks on the beach in Aqaba, Jordan. Like a pelican riding the wind, freely floating, then dipping fast towards an exact point for a particular fish, I closed in on one character from that distant expanse of history

She, a mere particle of sand in the vast shoreline of existence, is also holding a future history-in-the-making within her. Another flap of a butterfly’s wing. A new fetal universe in the making.

In my writing, all events are part of a field, interactions of disturbances within a field of fluctuations.

When the comics artist Mahmoud Hafiz Eissa worked on the story, he created a parallel fast-forward, or rather a fast-rewind: a new existence in three pages, in which the character gulps down the universe, and with it galaxies, stars, planets, visible matter, and dark matter, all amassing within her glass.

I decided to publish the comics version of the story, including both timelines—the written and the drawn—as well as both histories on opposing pages, bearing witness that a text diverges, expands, and takes on new meaning from the interaction of two.

Luma was her name. She played the piano and studied Greek and I was in love.

Love is a quantum experience, full of potentialities and possibilities. Love is uncertainty embodied. Passion is anxiety, restlessness, the tension of a possible spark, the crackle of embers catching air, glowing as they are consumed.

With impressive vocal control, the iconic Mayada El Hennawy sings Baligh Hamdi’s semi-cheesy words, giving them a different existence: “You’re honey and bitterness, faithfulness and betrayal; you’re tenderness, but also thorns and tears, a sea of sorrow,” yet concluding “you’re the love of a lifetime,” the love.

Love, like a thrust of a single particle in the double-slit experiment, can exist in two places at the same time, producing an interference pattern in its wake. Love is like quantum foam; it multiplies and expands like fractals, and the freedom it creates, its entropy, tends to a maximum. Yet, the ultimate state of entropy is homogeneity: a highly organized drop of ink, if added to a cup of water, will randomly diffuse in a chaotic, free behavior all until the color is uniform.

Two people are in love. They want to be inside each other—to combine, blend, fuse, to the maximum possible. As the homogeneous mix emerges, the flicker subsides, the catalyst is consumed, and entropy has reached its maximum. The movement continues, but the appearance is the same in every direction. Love becomes uniform, bland; has an end, sometimes.

Thus was born my story “Orchestra,” which takes a genre-breaking freeform in its first part, a semi-guided narrative path in its second, and concludes in a metered third section as the lovers get entangled with themselves and with the subject; we no longer know if the lovers are creating poetry or if poetry is creating them.

But Luma left before “we” ever reached that point. The embers are still there, dormant, under a layer of ash, but very much alive, and they burn. Like the ever-present echo of that distant primordial explosion, she’s always present in me and I in her.

She often had nightmares, and she would recite them to me in her low, soft, perfervid voice. She was convinced that it “felt real”—that a hand did touch her shoulder, that footsteps had a muffled sound inside her room. I gave her explanations, mainly extracted from the troubles of her everyday life, her overdramatic family, her annoying friends—I drew parallels, inventing relations and representations. She would show me that what I had said was reasonable. I could see, deep down in her black eyes, she was still afraid.

In his book The Grand Design, theoretical physicist and cosmologist Stephen Hawking tells us how the city council in Monza, Italy banned pet owners from keeping goldfish in round bowls because curved surface of the glass presented a distorted lens on reality. Hawking expounds on this, explaining that our view of the universe is not any more real than that of the fish in the bowl, and that both perspectives are equally as “real,” especially if we are able to develop a theory to describe the world—from the inside of the fishbowl.

Was I looking at her from outside the fishbowl? Was she trapped inside? Was I trapped outside?

If mathematics is the invisible foundation of music, then quantum physics is the undetectable substance of literary writing.

Our two existences form a continuum—when seen together, they appear distorted, and one collapses almost completely when the other is cornered into observation. In “City Nightmares,” the borders between dream and reality, past and present, are removed. They are not just explored on the personal, psychological level, but also in the transformations of a physical urban space (that of my hometown, Amman) as it is sucked into commercialized neoliberal pseudo-cosmopolitanism. The duality is further explored along internal-external personal-societal conflict.

In my writing, all events are part of a field, interactions of disturbances within a field of fluctuations—and while physics is yet to come with a theory that unifies all observations, in a literary text, once we involve the reader, that might happen.

If mathematics is the invisible foundation of music, then quantum physics is the undetectable substance of literary writing.

As the observer plays a key role in a physical event, changing it by their mere observation, so does the reader—investing meaning in words and sentences, involving emotions and perceptions, changing viewing angles.

A text does not exist purely, supernaturally; it exists only through reading, and reading is necessarily an act of interpretation, extension, comparison, construction. It is an act of active engagement; of coauthoring; of creation.

I have attempted to capture this plenitude of perspectives, and encourage the creative part of reading, by involving different elements and techniques: films, laws of physics, photographs, letters, shifting narrator types within a single story, footnotes, an extended contextualizing text, and one lie (the Arabic saying goes: “the most pleasurable of poetry is its falsest”). Each additional hint is a different reading, each infused object is a new layer of meaning, a new lens in an infinite set through which all observations are true.

In his book S/Z, Roland Barthes categorized texts into two types depending on their engagement of the reader: the “readerly” text that leaves the reader “with no more than the poor freedom either to accept or reject the text,” and the “writerly” text that transforms the reader into “a producer of the text.” For Barthes, the ideal writerly text is what he calls a “plural text,” in which:

the networks are many and interact, without anyone of them being able to surpass the rest; this text is a galaxy of signifiers, not a structure of signifieds; it has no beginning; it is reversible; we gain access to it by several entrances, none of which can be authoritatively declared to be the main one; the codes it mobilizes extend as far as the eye can reach, they are indeterminable.

Stephen Hawking concludes his contemplation of reality by referring to a fundamental formulation of quantum physics, multiple histories or sum over histories of the physical event, describing how the Universe (or any event within it) does not possess one existence or history as such, but rather every state or possible history exists simultaneously. This links directly to Barthes’ two different types of texts. The “readerly” text is the fishbowl perspective on the world; the “writerly text” involving many possible interpretations related to each reader, to the depth of each reading; it accepts other realities.

The Monotonous Chaos of Existence is one attempt to create, or capture, a plural text as it manifests itself in the current sociopolitical situation in the Arab region; a region with multiple histories, living in many epochs as it carries the heavy inheritance of colonialism, bears the continuing overpowering slaps of interventionism. Leaning towards openness, towards the writerly, The Monotonous Chaos of Existence tends “not to know,” not to have final answers or truths; opening up spaces instead of confiscating them. It is one attempt to prove that language is a sum over histories, that fiction is infested with reality, that imagination is an acrobat walking a high-wire while juggling the objects of the world, completely altering them as she proceeds. 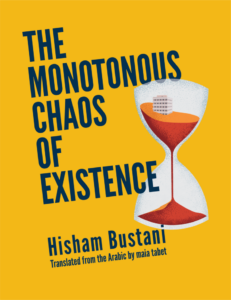 The Monotonous Chaos of Existence by Hisham Bustani, translated by Maia Tabet, is available via Mason Jar Press.

Hisham Bustani is an award-winning Jordanian author of five collections of short fiction and poetry. Hisham’s fiction and poetry have been translated into many languages, with English-language translations appearing in prestigious journals across the United States, United Kingdom, and Canada, including The Kenyon Review, Black Warrior Review, The Georgia Review, The Poetry Review, Modern Poetry in Translation, World Literature Today, and The Los Angeles Review of Books Quarterly. Hisham is the Arabic fiction editor of the Amherst College-based literary review The Common, and the recipient of the Rockefeller Foundation's Bellagio Fellowship for Artists and Writers for 2017. 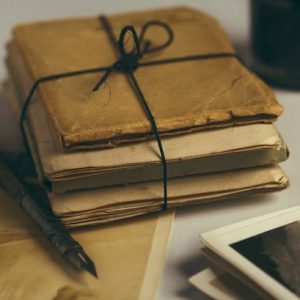 Black people in rural Arkansas, my people, didn’t talk like the books I had read and loved when I was growing up. Their...
© LitHub
Back to top
Loading Comments...