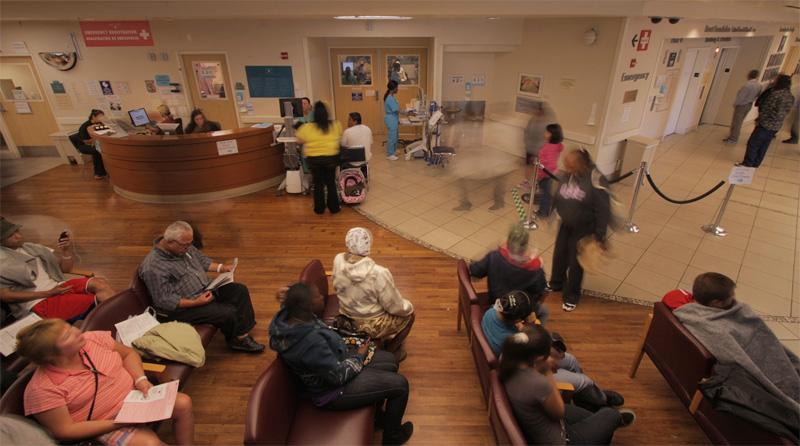 VIA The Writer's Union of Canada

On Prescribing Poems for the Sick, the Dying, the Grief Stricken

In the first waiting room there was a table set up and I had a sign, like Lucy in Peanuts, that said, “The Poet is IN.” But people in waiting rooms are deeply immersed—in waiting. They’re immersed in worry or their eyes are on the door, and they would rarely approach a stranger, let alone a poet. So I got up in my white coat with poems printed on prescription pads and moved around. If a person looked at me, I’d say hello, tell them who I was, and ask if they wanted a poem. Some smiled and said “I’m good.” Meaning “no thanks.” Many responded with curiosity—”a poem?”—and sometimes even interest.

I’ve been offering writing workshops and poems quietly to staff at Mount Sinai Hospital as Poet in Residence since 2012. The program was established through a grant from the Ontario Arts Council, in conjunction with the Health, Arts and Humanities Program at the University of Toronto, and trucks along through grants from donors. As the focus has mostly been staff, I’d only recently begun to get the poems directly to patients and caregivers.

This would happen in the cafeteria, outside the bookstore, or in a waiting room where I’d sit with my sign and write people poems on the spot, or prescribe them on those little pads. There were patients between glugs of barium, staff on lunch, and family members shock-eyed from a fresh diagnosis.

I met people once and then never again. I met the starving who didn’t know they were starving, return customers in imaging, those waiting for results, for tests, for Wheeltrans, for answers, for a baby. Addictions, grief. The repetitive patterns that embarrass us and ground us and return us to each other. Trauma, fear, irritation, compassion, racism. Flu shots, gun shots, chemo, ortho, maxiofacial. Coffee shop, gift shop, book shop. Construction, reconstruction, maternity, residency, redundancy, labor of all kinds. Kindness. Bed, toilet, tanks, chair. Wheels. Do not take for granted who will need or not need anything. My motto: everyone who is alive could use a poem. Whether they want one is a different matter.

Some in the waiting rooms that day were visibly sick, or they were accompanying others. One man was eager to talk. I asked what he needed a poem for. He said, “anxiety, results.” When I gave him his poem, he stared at it a long time, thanked me, and put it in his pocket. A woman looked out at the blue sky and wished she could be elsewhere. She wanted to be in nature. I gave her Emily Dickinson’s “Bees.”

My motto: everyone who is alive could use a poem. Whether they want one is a different matter.

My mission in “Rx for Poetry” is to offer something that might touch an emotional place within the recipient, to find the poem that might speak to them, that might say, “I see you.”

In the middle of that day in waiting rooms, a friend texted that her friend had just received a diagnosis in the same hospital. “Does she want a poem?” I responded hesitantly, thinking it ridiculous given the enormity. It turns out that, yes, she did. I made my way to her room. I sat on the floor beside her.

One man was struggling with waiting itself. As I looked for his poem, he turned away. His son told me their story. The man didn’t want a poem. He needed an organ. It was blunt and true. There are things poetry can do and things it can’t. And while my aim is to ease suffering, sometimes the work is to be with it.

The poetry dispensary doesn’t fit into any framework for “ordinary relationships.” It is not therapy, though I’m a psychotherapist. It’s not friendship or teaching. Is healing happening? Art? At once, playful and deeply serious, it’s a performance and exchange. I rely on people’s willingness to share their stories. I rely on the poem to reflect what might not be articulated any other way. Though its efficacy is uncharted, I rely on it the way you rely on art to do something when you need something nothing else can do.

The seeds of this process had been laid down a few years before in The Spontaneous Poetry Booth where I started writing poems on the spot for people, a dollar a poem at their request. I did this first at the University of Toronto and brought it to my role at the hospital. I’d sit and ask the person opposite what they needed a poem for, gather as much as I could from what they said and didn’t say, and when I’d get a first line, I’d write it.

If I was lucky, the conversation would widen from the social realm into a void out of which words sometimes came. I’m not exaggerating when I say it was hard to answer simple questions like my name in those nameless moments. It was strange and intimate and the first few times I did it, I was blasted open, plugged into something that didn’t sleep.

In The Spontaneous Poetry Booth, as with Rx for Poetry, my aim is to hear what has not yet been articulated, and offer it back to the person in a poem. Sometimes I worry they won’t “like” the prescription. But the point is less about liking and more about finding the poem that catches the spark of their experience, with empathy. They are not actually meant to be ‘prescriptive’; they are like little flags of possibility.

Singer-songwriter Neko Case says of poets: “I get the sense they imagine their audience and want to comfort them. They are so good at it they even have the ability to comfort us with scariness. Sadness too. I think that is a powerful magic.” Comforting us with scariness seems paradoxical. But it’s in the hearing or speaking of that scariness that you know you’re not alone.

There are things poetry can do and things it can’t. And while my aim is to ease suffering, sometimes the work is to be with it.

So much of this has to do with grief and grieving. When grief arrives, it can arrive suddenly like a strange animal, and knock us down. It has a wildness that can be watched, ridden maybe, but not prevented or ordered. What does it want? In the agony of grief, what do we do with it? Grief is one of those places we’re so utterly alone and it is, as Case says, a powerful magic to find words there. Whether those words come from inside or outside, they can support the truth of grief by naming it, holding it, letting us feel it, alone or sometimes even together.

I know I have felt immense relief at giving shape to a feeling, putting it on the page in a way that holds the experience. “Ah,” I say, “there it is.” When I can look at the pain through the lens of a poem, there is more space. The narrative or emotional resonance helps clarify the experience. “Yes,” I think “that’s how it feels.” And the pain moves through a little. I can put the grief down for a minute.

One woman—rail-thin and radiant beyond the radiation she was there for—was eager for a poem. First she wanted one for courage, then corrected, “no, overwhelmed.” Sometimes there’s more than one that fits. These poems are acrobatic. I read her a few and when one of them touched down, she breathed and smiled, “This is better than what comes in a bottle.” Then tapping her chest added, “and it stays.”

Ronna Bloom is Poet in Residence at Mount Sinai Hospital and Poet in Community at the University of Toronto.
http://www.ronnabloom.com 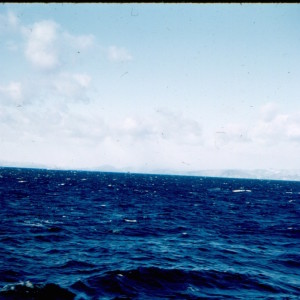 The Red Parts is about a strangling in 1969, but its other recurring violent act is that of drowning. As a teenager, the author...
© LitHub
Back to top