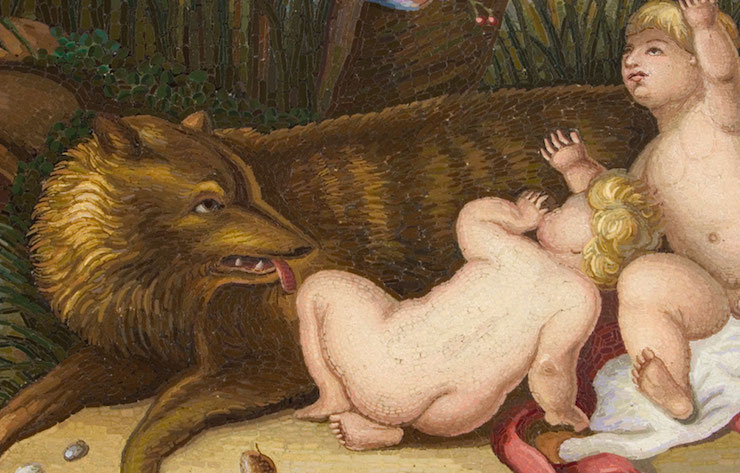 On Our Fascination with Twins

A Literary History of the Pair

A stranger said my wife was having twins. We didn’t encounter an oracle in some forest; the stranger was an ultrasound technician. I do not remember her name or face, but appreciate her electronic prophecy.

I can’t help but begin an essay about twins with an air of mystery. Twins fascinate us, Renaissance scholar Kenneth Gross says, because of the “paradoxical doubling of the strange and the familiar.” I think of poet Gerard Manley Hopkins’s praise for “All things counter, original, spare, strange.” For Hopkins, the world was suffused with the strange, even “skies of couple-colour as a brinded cow.” The strange becomes familiar when we open our eyes.

When my wife and I are out with our twin daughters, their uniqueness somehow makes them familiar to others. Twinship erases social boundaries. Questions are supplemented with observations and theories. “Are they identical?” (yes) has been followed by the intrusive “did you use IVF?” (we didn’t). The attention is not unwelcome—Jen and I agree that our little girls are beauties—but this attention will never end. Amelia and Olivia, separate bodies and separate minds, will forever be known as the twins.

At two years old, they share features and green eyes, but they are different. Amelia could sleep through an earthquake. She will put a soft hand on my shoulder and ask, “What’s the matter?” Olivia is a performer. She climbs onto the piano stool to play, crooning between laughs. We can tell them apart, but others can’t. They have been alive for such a short time, and yet their identities have already been mistaken more than people who live to be a hundred. I wonder: do Amelia and Olivia ever feel that blurring of self?

Wonder, awe, mystery: twins conjure these emotions by simply existing. In his essay “Ordinary Twinship,” Gross, himself an identical twin, laments the lack of stories that catch the “diurnal flatness, even [the] dullness” of being a twin. He says it “is odd to inhabit something one thinks of as perfectly ordinary but that others take for a riddle.”

I look at my daughters. Amelia and Olivia’s short hair is up in pigtails. They snack on dried apples while reading Baby Farm Animals. Contrast that with the tradition of twins in literature, which Gross notes is rife with attempts to find supernatural reasons for this “natural accident.” From twins blessed with powers of “divination” and “shape-shifting” in premodern cultures to the placement of twins at the center of “ancient foundation myths and cosmogonies,” narrative twins are not merely cute pairs: they “call up the possibility of some more demonic intrusion or crossing of boundaries.”

Gross documents a curious litany: Ahura Mazda and Angra Mainyu, the ancient Persian twin brothers; Roman twins Romulus and Remus; the Biblical Jacob, born holding his twin Esau’s heel; the cleaved twins of John Milton’s Areopagitica; Castor and Pollux, the Gemini (whom Gross notes are not quite twins, but half brothers, “each one half of a brother-sister twin pair”); Shakespeare—the father of twin boys—wrote of Viola and her twin brother in Twelfth Night; and the mysterious identical twin brothers Jean and Paul from Michel Tournier’s novel Gemini.

While I can’t speak for its scientific documentation, cryptophasia, the secret of language of twins, fills our home. Jen and I sometimes move to an adjoining room to watch Amelia and Olivia banter, coded words bubbling past their lips. What is strange to our ears is familiar to theirs. In Tournier’s novel, the twins call their “unfathomable jargon” Aeolian, suggesting their words are like wind. Their shared speech “enabled us to talk together for hours on end without others present being able to understand a word we said.” To continue the theme of the familiar and the strange, Paul explains “Statistics have established that a rich, abundant and complex cryptophasia goes with an ordinary language that is poor, meager, and rudimentary.” Geminate language is misunderstood because “the words are incidental, silence is the essence.”

Silence is an action of unity, but also of boundary. When Gross writes “twins can indeed seem peculiarly parentless… since their native or prenatal intimacy runs ahead even of the mother-child bond,” I agree. When I watch my daughters play, their movements a silent dance, I am fascinated, and yet also afraid that my wife and I will never enter their space. That the existence of twins is natural and mundane, as Gross writes, is a matter of perspective. Gross recalls the first time he ever heard his own voice, played back on a tape recorder: “The recorded voice didn’t sound at all strange to me. It was not the voice of an unfamiliar person… There was no mistaking it. The voice was simply my brother’s voice.” Is that not romantic? Magical?

It is, at the least, poetic—and reminds me of how the late Philip Levine spoke of his identical twin brother. Levine didn’t realize his twin’s significance on his poetry until a reviewer noted the closeness of men in his poems: “They hold each other… the roots of that are the terrible wrenching away from my twin brother.” Levine recalls that his first poems were only read by his brother, “And he loved them. He just loved them… in some ways it was the high point of my writing career… I was really writing totally for two people—myself and my brother.”

Twin writers are understandably rare. Three sets of identical writers are novelists Richard and Robert Bausch, Lev and Austin Grossman, and poets Michael and Matthew Dickman. Michael Wiegers of Copper Canyon Press, who released both of Dickman’s books, had worried “Somebody might see that as our attempt to try to make a circus act out of them.” Similar words—and worse—were used by envious poets in response to Rebecca Mead’s expansive feature of the twin poets in The New Yorker, a piece that is as literary as its subjects. Mead notes the stylistic differences between the brothers, “Michael’s Dickinsonian severity, and Matthew’s Whitmanesque expansiveness,” but Matthew says “[Michael’s] fingerprints are all over my poems.” Mead quotes poet Joseph Millar: “It is a magical thing that they have, and that twins have. There is a sort of archetypal, mystical quality about it. I am sure it has its drawbacks, but there is a bond between them which is deeper than words, and it is interesting that they have chosen an art form which is often trying to say the unsayable.”

Beyond my own daughters, I have observed that bond in the way that my friend Christa Parravani speaks and writes about her late sister and identical twin, Cara. In Her, a memoir, Christa says she and Cara “were like an apple sliced in half: two halves of the same fruit, one with more seeds, one with fewer.” They were identical, but had different features and weight. Cara “was always ahead of me: born, lived, died.” Cara’s death from an overdose makes Her an elegy, a love letter to her most perfect companion. She writes it “is impossible for surviving twins to differentiate their living body from their twin’s; they become a breathing memorial for their lost half.” Some twins might desire separation—Austin Grossman has said “twins have a lot of pressure to differentiate, to distinguish oneself”—but Christa and Cara were one: “We shared everything until there was nothing of our single selves left.” When Cara died, Christa’s “task in grieving her [was] to unravel the tight, prickly braid of memory rope we’d woven—to unwind and unwind and unwind until I was able to take my strand and lay it out beside the length that was hers.” When Christa’s daughter Josephine was about to be born, “For the first time since [Cara] died I allowed the feeling of her care to pour over me. It wasn’t only about loss anymore; it was about our great love.”

Love, or a sense of longing, forms one of the two main strands of the literature of twins. Consider Jennifer Perrine’s short poem, “To My Cannibalized Twin.” The narrator’s life is marked by a “misfit hunger,” a constant feeling of being incomplete. She speaks to her absorbed half: “Tell me, stranger, lonely monk / hovering somewhere in my cells, engaged / / in whatever thankless task my young greed / assigned you: if you were here, could you staunch / this wanting, make me cough up its sharp seed?” A prose example of this strand is Fat Man and Little Boy by Mike Meginnis, in which the bombs dropped on Japan become human brothers. Their twinship is not from appearance, but rather from shared origin and destiny. “We’re going to take care of each other,” Little Boy says, and Meginnis somehow imbues humanity into harbingers of death.

The second strand of twin literature is marked by a sense of mystery, even deviousness. Omar S. Castañeda’s translation of the Quiché Maya creation text, Popol Vuh includes a section titled “A Matter of Twins.” In Castañeda’s version, Blowgunner and Jaguar Sun were born on a mountain, and soon taken into a home with their half-brothers. The children’s grandmother says of the twins, “You should get rid of them. They are loudmouthed.” The twins are gifted hunters, though, and soon impress even grandmother. The twins craft a plan to capture their envious brothers in a tree. They tell their brothers to untie and drape their loincloths like tails. The twins then magically turn the brothers into monkeys. Having had their revenge, the twins walk home to their grandmother: “They imitated the frightened look of their older brothers, and clutched each other the way monkeys do. They laughed even more than they should have because what they wanted was to arrive out of breath and colored, as if they had been running quickly to get to their grandmother.”

A more contemporary example, “Summer, With Twins” by Rebecca Curtis, dramatizes this idea of twins as an impenetrable pair, willing to protect each other at all costs. The narrator spends the summer with identical twin girls, Jean and Jessica Serrano. She is intrigued by the twins, but in a particular way: “They weren’t strikingly beautiful, and they weren’t especially kind. But everything they did they did with enthusiasm… Their enthusiasm made me angry, because it seemed false, but then I became included in it and realized it was genuine.” The narrator waitresses with the twins at a restaurant, but she makes far less in tips. Their “secret weapon” was their “sameness.”

Together, longing and mystery make for a feeling of inevitability to twin tales. Take Thomas Hardy’s “The Convergence of the Twain,” written upon the sinking of the Titanic. As the boat nears an iceberg, “being anon twin halves of one august event,” their “consummation comes, and jars two hemispheres.” The initial, biological separation of twins creates the longing to become one again. As a reader—as a father—I am drawn to this idea of completion. We believe that love completes us, but the literature of twins suggests our greatest wish is for peace and transcendence within ourselves. In rare, lucky moments, that internal piece is found through our external double. 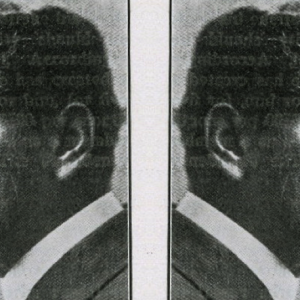 Saul Bellow's editor Beena Kamlani on racing to finish his last novel, Ravelstein. | Literary Hub There is apparently...
© LitHub
Back to top