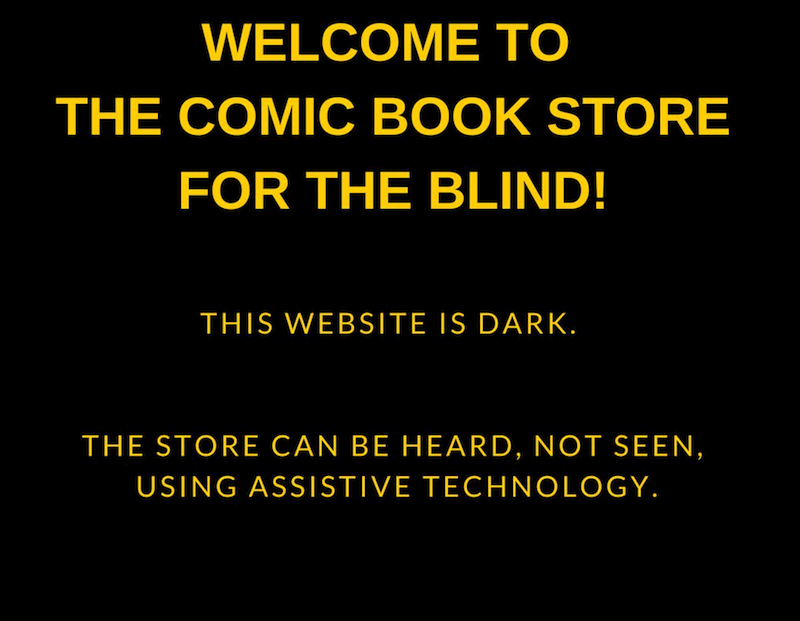 On Making Comic Books For the Blind

On Guy Hasson, the creator of Comics Empower

Until recently, Jeffrey Albertson, a.k.a. Comic Book Guy from The Simpsons, has loomed large in the minds of Americans as the embodiment of comic-book culture. He mocks those who know less about comics than him—or who hold differing views—flinging sarcastic quips and put-downs that border on abusive.

But as comic-book culture grows more mainstream with annual releases of superhero blockbuster films and popular TV shows, our collective conception of comics-loving geeks has started to change. Marvel Comics, the world’s largest comic-book publisher (with 10 percent more of the market share than its closest rival, DC Comics), has certainly contributed to a shift in the market by introducing female characters like Ms. Marvel (2013) and Squirrel Girl (2015) into its male-dominated universe. The company also recently depicted Ariell Johnson, the first black female comic-book store owner on the East Coast, on the cover of Invincible Iron Man. Another gauge of comic-book culture’s changing demographic? More women and people of color are attending Comic Cons than ever before.

Amanda Nelson, Managing Editor at Book Riot, praises diverse comic-book characters and their writers on social media. In a recent email exchange, she explains why an attitude of inclusivity among comic-book geeks is so important:

I [get] bored reading the same story about male superheroes and their inner turmoil, repackaged with more or less grittiness, depending on the year. Women, people of color, LGBTQ creators, and people from marginalized groups are telling original, imaginative, excellent stories outside the traditional white, male narrative we all ingest in every form of media from birth.

Not that it’s easy for writers of diverse comics to get published. “Of course, [writers of diverse comics] have to tell excellent stories because marginalized people have to be twice as good to even get a foot in the proverbial door,” she adds. (Nelson also recommended some great comics by diverse writers: Bitch Planet by Kelly Sue DeConnick and Monstress by Marjorie Liu and Sana Takeda are two of her favorites.)

Amid this burgeoning culture of inclusivity, comic-book writer, publisher, and seller, Guy Hasson, seeks to reach a population few others have considered: the blind.

Hasson lives in Israel and is not himself blind or vision impaired. He says the idea to create comics for blind people came after organizing a testimonial project through his first online store, New World Comics. He invited people to tell stories about how reading comics changed their lives for the better. One story came from a woman inspired by Indiana Jones; she felt like she could do anything, he told me in an interview. “Well, everything except fight Nazis.” Another came from an ex-convict who took inspiration from his comics’ themes of redemption. He turned his life around, says Hasson. Then there was the man who “grew up in 1970s Detroit, a black man in a white neighborhood, where everyone told him he wouldn’t and couldn’t amount to anything.” After reading Black Panther, Hasson says, the man found the strength to ignore his neighbors’ racism and succeed in the career of his choosing.

With these testimonials in mind, Hasson considered other populations who might benefit from the heroic plots of comics and thought of the blind—a demographic consisting of many people who have quite literally never seen comic books. Hasson created an audio series called Aurora, in which a blind hero saves Earth from a group of terrorizing robots. The highly-imaginative series is filled with unexpected twists but abides by a few strict narrative rules: 1. The hero can never regain his sight; 2. he can never gain a sixth sense that somehow makes up for the loss of his sight; and 3. the ending must be positive. “No matter what, it must be a heroic story,” says Hasson. “An empowering story.”

To sell Aurora, Hasson created Comics Empower, a “dark” website—meaning it’s meant to be heard, not seen—through assistive technology. (However, he has implemented a feature that switches on the site’s readability so that sighted people can search the store’s listings). Today, Comics Empower sells an array of comics, including more of Hasson’s creations and those developed by AudioComics, an award-winning sound design company that specializes in audio comic books.

A key difference separates Hasson’s comics from those created by AudioComics. The latter’s productions resemble radio dramas or story-telling podcasts, with characters speaking their lines and otherwise acting out the story. Hasson, however, approaches his comics with the intent of creating what he calls “the real comic book experience.” A narrator announces each page and panel number and describes what the art might look like if it were printed on an actual saddle-stitched book. The idea, says Hasson, is to give his “readers” a “sense of flipping the page” as they listen to the story unfold.

This approach at first posed a few problems for blind listeners. “Some visually-impaired people lost their sight over time and therefore have seen comic books,” says Hasson. “But others were born blind and have never seen one, so they were asking things like what is a panel? What’s a thought balloon? What do these things mean?” To bring his readers up to speed, he created an MP3 download called “The First-Timer’s Ultimate Guide to Comic Books” that explains comic-book terminology.

The “Guide,” he says, was a great success. So successful, in fact, it sparked interest among Hasson’s readers to write their own comics. Hasson wasn’t surprised: “Now that blind people can read comic books,” he says, “there’s no reason they can’t write them, too.” He recently hosted a competition for blind listeners wanting to try their hands at writing comic books. It ended a few weeks ago in a tie. The first winner is Chad Allen, a practicing magician whose stage name is The Blind Magician. His series, Unseen, is about a blind assassin. The second winner, Pranav Lal, created a series called Bakasura about a mysterious demon that haunts a small Indian village. Both winners were awarded the opportunity to develop and sell their comics through Comics Empower.

When not developing new comics, Hasson hosts a podcast called Blind Panels. It’s an inclusive geek fest that broaches a range of topics. A recent three-episode series discusses the future of science fiction. Another episode takes a deep look at African geek culture, including a fascinating discussion with African and African-American guests about what it’s like to be a “black nerd.” The podcast’s ongoing “Conversations” series features discussions between two fans of audio comics—one blind, the other sighted. The conversations highlight the success of Hasson’s project as well as the difference between what it’s like to “read” with the ears instead of the eyes. In episode 40, Hasson describes a recent issue of Lost in Dreams in which the narrator, describing the individual panels, points out repeatedly that a lead character’s shadow is never seen. Holly, the visually impaired guest of the episode, explained how the act of listening to the story affected her reception of that repetition: “When you’re listening, after a while, you start tuning out the things you hear constantly. So when I heard ‘shadow’ repetitively, I tuned it out.” If Hasson’s previous responses to requests and questions from the blind community are any indication, he will likely take that feedback to heart.

Hasson hopes to eventually purchase the rights to adapt Marvel and DC comics into audio—a long shot, he admits. But until then, he’s proud of his current spate of offerings. “They’re truly some of the best sci-fi comic books out today,” he says. When asked how he knows which new audio series will be successful, he doesn’t hesitate to answer. “The main thing to understand,” he says, “is that a picture is also a story.” And as long as that picture is described in detail and “flows well into the next,” the story will engage. It doesn’t matter, he continues, that some people “see” those pictures differently than he does. What matters is that they’re accessible to anyone who wants to read them. 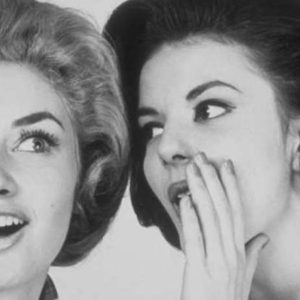 “It’s taken me ten years,” the woman at the mic said, “to admit that I blame myself for my rape, my molestation,...
© LitHub
Back to top