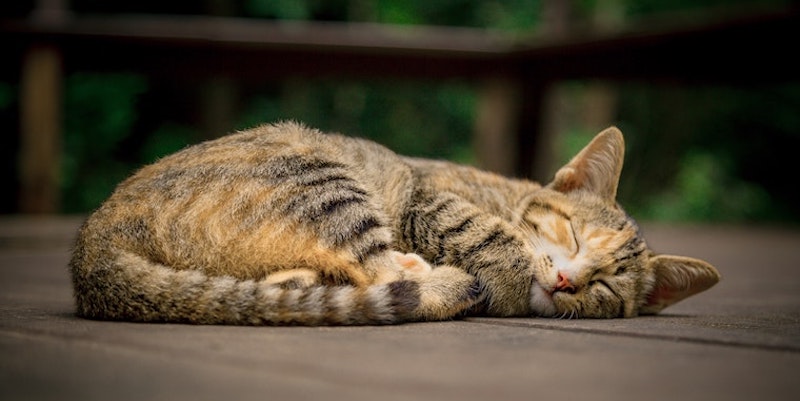 On Learning to Speak Dutch and the Art of Doing Nothing

Olga Mecking Realizes How Hard It is to Literally Do Nothing

When I studied at the University of Warsaw, I could have taken classes in Dutch, but this would have meant another year of school, and I had a boyfriend waiting for me in Germany. I was sure I would never need it, so I passed on that class. And yet here I am, having to learn this language anyway. Serves me right.

Some say Dutch is difficult, and that the pronunciation can be especially tricky. When I started learning the language, I went to the butcher and asked for five hundred grams (about one pound) of mincemeat. Or so I thought, because to my surprise, I arrived home with a tiny plastic bag filled with just a little bit of meat. Apparently, the way I said vijf (or five) sounded like twee(two). Go figure. I was too tired to go back for more and, luckily, I had lentils in my pantry. The result: almost-vegetarian meatballs. I’m nothing if not creative.

Besides being difficult, Dutch is also a fun, quirky language. “I would compare Dutch to a painting that uses a very wide palette of colors,” says Marjan Simons, my Dutch teacher.

I’m particularly fond of the diminutives, such as hondje, huisje, or bompje, which mean “little dog,” “little house,” and “little tree,” respectively. You just add -je, and the word becomes little. “We’re the biggest people in the world, but our country is small. And everything we like becomes diminutive,” says Simons.

I also love how you can turn everything into a verb. Playing tennis? No, tennissen! Paying with a debit card? No, pinnen! Having a drink (a borrel) and a plate of snacks with a group of friends? No, borrelen! Think of a word or expression, then turn it into a verb by adding -en. Doing nothing? No, niksen! It’s brilliant, really. In my native Polish, when faced with something new, we say, “And how do you eat that?” So how do we eat niksen?

In Dutch, niks means “nothing,” and it’s just a small step from niks (which is a noun) to niksen (which is a verb). So niksen literally means nothing-ing. Marjan Simons offers an alternative explanation: niksen comes from niks doen (to do nothing), which is then abbreviated to niksen.

Besides being difficult, Dutch is also a fun, quirky language.

As I researched niksen, I learned of other Dutch words with similar meanings, such as lanterfanten. On her website BoekCoach (Book Coach), Dutch writer, editor, and entrepreneur Elise de Bres explains that lanterfanten is like niksen in that “you can just do as you please and there is no aim in whatever you do.”

Another synonym is luieren. (You just try to pronounce all those vowels! I’ve been here for ten years and still can’t manage.) In fact, the title of the Dutch edition of this book is Niksen: De Dutch art of luieren. At first, I thought this word meant being lazy, since lui is “lazy,” but it also means “hanging out.” Encyclo.nl, a Dutch online dictionary, defines it as “to consciously do nothing or not very much.”

As a writer, linguist, and translator, I know that a language is a window into a culture. How is it possible, I wonder, that in a nation gifted with so many wonderful words for doing nothing, there are people who won’t acknowledge that niksen is something they engage in from time to time, even if they were unaware of it?

Japanese writer Naoko Yamamoto has been living in the Netherlands for the last fifteen years, and she agrees that the Dutch are very good nikseners. “They can spend all day doing nothing on vacation, be it camping, lying around on the beach, sitting in the park, or simply staying at home. And on a sunny day lots of people sit around drinking beer or coffee on a terrace, just hanging around,” she wrote to me in an email.

The Japanese, Yamamoto claims, are not great at niksen at all, but the idea does sound familiar to them. “Japanese people actually know that we have to have rest, so the concept of niksen is not very new, but showing them the way Dutch people niksen could be very inspiring to them,” she says.

How is it possible, I wonder, that in a nation gifted with so many wonderful words for doing nothing, there are people who won’t acknowledge that niksen is something they engage in from time to time, even if they were unaware of it?

Is it possible that the Dutch themselves do not realize how much they already niks around? Sometimes it takes an outsider to see the truth.

After determining the meaning of niksen in Dutch, I needed to find clarity on what niksen actually is. What are we doing when we’re niksening? This question turned out to be much harder to answer than I had anticipated, as there wasn’t much information available on niksen when I started researching it. Doing nothing might seem straightforward, but it isn’t. Luckily, by digging deeper, I managed to get at some answers.

Carolien Hamming, a coach at CSR Centrum, a Dutch organization that brings together various experts in the battle against stress and burnout, says that niksen is “doing something without a purpose, like staring out of a window, hanging out, or listening to music.”

Doing something without a purpose? That sounds great to me. You don’t gaze out of the window to become a calmer, more relaxed human being, you do it just because. For the hell of it.

When I ask Manfred Kets de Vries, a renowned Dutch management scholar and psychoanalyst, what it means to do nothing, he says, “That’s a very good question. You cannot do nothing. Because if you do nothing, you’re dead.”

It became clear early in my research that it’s extremely difficult, maybe even impossible, to literally do nothing. Even when we sleep or rest, there are countless subconscious processes at work in our brains and bodies, most of which we’re not even aware of. Our lungs are breathing, our hearts are pumping blood, our stomachs and intestines are digesting and secreting hormones. And that is a good thing, because I’m sure that if my breathing and my heart beating weren’t regulated by my body, I’d forget to do them. “Oops, I forgot to breathe today,” I’d sigh. “And can you please jump-start my heart while you’re at it?”

We may not notice our hair and fingernails growing, but they are. Our brains are a constant flurry of activity as we lose old memories, cement others, and make new ones. We mull over problems and make plans for the future; we daydream. It’s fascinating to see how much energy is involved in keeping a human being (even a sleeping human being) alive.

It became clear early in my research that it’s extremely difficult, maybe even impossible, to literally do nothing.

We can see human activity as a continuum. “You start at zero and you have zero energy expenditure and you’re basically dead. Then at one, you are doing nothing at all and you’re breathing and just sitting. And then you stand up, very slight physical activity, and then you walk, and then you run, that is vigorous physical activity,” says Matthieu Boisgontier, a physical therapist who is fascinated with neuroscience and the author of a study showing that humans are a terribly lazy species.

Gretchen Rubin, author of The Happiness Project, has her own definition: “I would call it goofing off or puttering,” she says. When I ask what that looks like to her, she offers this description: “I’m aimlessly knocking around my apartment or my neighborhood. I had to run an er-rand and now I’m just idling along. Sort of not in a hurry, not thinking about other errands. Just looking around. In my house, I’m looking at the mail, but only because it’s randomly there.” I find myself nodding along. “It’s a Sun-day morning kind of feeling. Just hanging out. It’s loose, unstructured,” she tells me, and I sigh because this sounds delightful.

As I collected expert opinions and definitions of niksen, I realized there is very little consensus on what it actually means. A number of experts I consulted as-sociated it with the feeling of being bored. “The way I think about boredom is coming to a moment with no plan other than to be. Bringing your mind and your body to a place where you can literally just be idle,” says Doreen Dodgen-Magee, a psychologist and the author of the book Deviced!: Balancing Life and Technology in a Digital World. When I ask for examples, she replies: “Like looking at clouds, just being able to look out of the window. Being with one’s own thoughts without judgment, without literally going ‘I have to do it as a mind-fulness meditation’ but just to be present.” Reflecting on that, I have to say that this sounds like niksen, not bore- dom.

As entertaining as these various definitions may be, a little more consensus on what doing nothing actually is would have been nice when writing this book. Instead, we each have our own definition. As artist and writer Jenny Odell admits, “Doing nothing might mean something different to everyone.” Odell defines it as “finding even small interstitial spaces of non-goal-oriented activity—wherever one can get away with it. It’s something you can do on the bus, waiting in line, and other in-between moments: just make the decision to observe as much as you can, without judgment, and with a willingness to be surprised.” 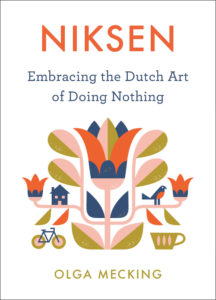 Olga Mecking is a writer, journalist, and translator based in the Netherlands. Her writing has appeared in the New York Times, the Guardian, the BBC and The Atlantic, among other publications. 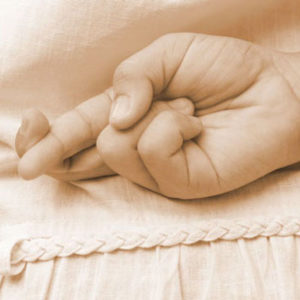 I grew up in a family I refer to as "our little honesty cult" in which being liked wasn’t nearly as important as being...
© LitHub
Back to top
Loading Comments...