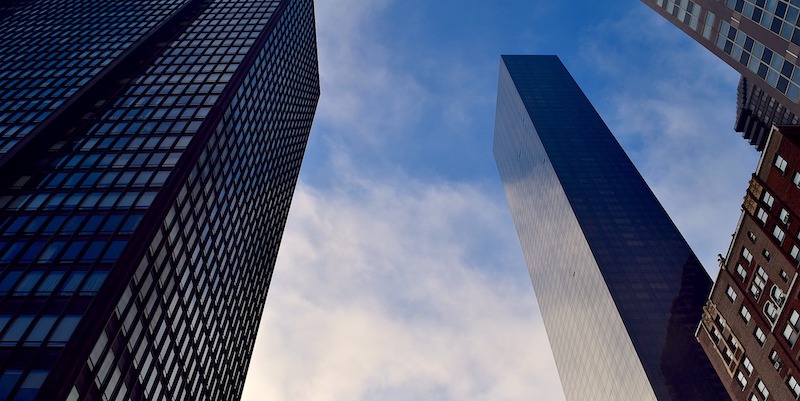 On How New Yorkers Turned to Poetry After 9/11

Dennis Johnson: “As word circulated through the poetry community the project began to snowball.”

In the beginning, there was MobyLives, the self-syndicated newspaper column about books that I started in the mid-90s. In late 2000, I turned the column into a website, with daily commentary—one of the first book blogs, as it turned out. At the time, I was living with my then-girlfriend (now wife) Valerie Merians in Hoboken, New Jersey—aka the sixth borough of New York City—getting up at 6 am and working like hell to post ten news items by 9 am, when people would be arriving at their desks. My following was small but, let’s say, tasteful.

Then, on September 10, 2001, Yahoo declared MobyLives the “website of the week.” Overnight, my following skyrocketed.

So, the next morning—September 11, 2001—I got up even earlier than usual and, chuffed, furiously typed away. But then, oddly, friends and followers began emailing me the same question: “Are you okay?”

I waved them off. “Leave me alone, I’m the website of the week—gotta blog!”

Then someone wrote: “Look out the window.” And thus, I learned that the incredibly loud plane that had flown closely overhead while I’d been in a typing trance was flying low for a reason. Directly across the Hudson River from our apartment, the Twin Towers loomed over lower Manhattan. They were now billowing dense volumes of black smoke that was gathering massively overhead and starting to drift up over Manhattan like a dark sky unto itself.

When we went into Manhattan to see the site where the Twin Towers had once stood, there were poems traced into the ash that covered everything.

What ensued was chaotic. First, Valerie and I ran down to the waterfront. Then, chased by police, who didn’t know what was going on but wanted everyone off the streets, we ran back to our apartment building and up to the roof, only to see that one of the towers had already collapsed. We stared in horror. Then the remaining tower collapsed, too.

As if underwater, Valerie and I stumbled back inside, desperate to know what was happening… only to find our radio and TV were dead. Most of the city didn’t have cable back then, and all the broadcast transmitters were on the top of the Twin Towers.

Eventually it occurred to us to go back online, at which point I discovered that MobyLives followers had been writing to me, sharing eyewitness accounts. Playwright Mike Daisey wrote about escaping over the Brooklyn Bridge in a snowfall of office paper. Poet George Murray wrote about being evacuated from a building next to the WTC, not knowing what was going on, and seeing, as he emerged, an airplane tire on the sidewalk; poet Eliot Katz wrote about watching the miles-long plume of smoke from Queens; later, novelist Linda Yablonsky wrote about walking past the hushed fire houses in her downtown neighborhood, where the surviving firemen stood sobbing.

Over the next few days, I posted these things as soon as they came in, and they started circulating widely.

Meanwhile, as Valerie and I walked around Hoboken in a daze, we noticed two things, seemingly everywhere: Posters featuring photos of missing people with pleas to help find them… and poems. Pre-social media, these handmade notices were taped on walls and telephone booths and mailboxes and bus stop shelters. The letters-to-the-editor section of The Hoboken Reporter was nothing but poems—clunky stuff by people who’d clearly never written poetry before, but just as clearly felt it was the only way to truly express themselves. It was very 19th century, when newspaper editors—such as Walt Whitman—regularly ran poetry as another take on the news. When we went into Manhattan to see the site where the Twin Towers had once stood, there were poems traced into the ash that covered everything.

A few days later, George W. Bush came to town and climbed up on the rubble to give his bullhorn speech about vengeance. Valerie was looking over my shoulder as I read aloud the news report and said, “The stuff you’re posting on MobyLives is really the story of New York right now. Not this speech. We should try and get it out there in a bigger way.”

As word circulated through the poetry community the project began to snowball, and we were inundated with submissions.

That bigger way, we decided, was a poetry book. Poetry was suddenly meaningful in the public sphere in a way it hadn’t been for a long time. Aside from what had already been sent to MobyLives, Valerie and I knew a lot of great poets we could solicit from, such as Stephen Dunn, who had just won the Pulitzer Prize, and David Lehman, who edited the Best American Poetry series, and others. We decided, as well, to ask for poems not specifically about the attacks, but just something written in the aftermath. And we’d try to get a variety of poets, to provide what would be a snapshot of the New York scene. There seemed something resilient about that.

As word circulated through the poetry community the project began to snowball, and we were inundated with submissions. We’d been thinking the book would be a chapbook, but soon we started looking into how to print a book with a perfect binding… then how books were distributed… and before we were quite conscious of it, we were not only publishing a book but starting a company.

The book—which we called Poetry After 9/11, in a kind of hopeful rebuttal to Adorno’s famous axiom that there is no poetry after the Holocaust—was well-received. “There was something more to be said that only poetry could say,” one reviewer remarked. “It is eloquently said here.” Or, as poet Alicia Ostriker, wrote in the book’s introduction: “Our ability to pull together as a community is fabled . . . So many ways of mourning, so many ways of rejoicing.”

But it’s terribly odd, twenty years later, to look back on that awful day as the start of this thing my wife and I have built together, this thing that has turned into our life’s effort. Starting at such a time imparted in us a seriousness of purpose. But, as well, it has inspired us to remain hopeful—that poetry, and literature, and any writing to understand this world, can indeed help us to transcend. 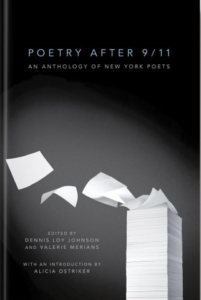 Poetry After 9/11: An Anthology of New York Poets is available from Melville House.

Dennis Johnson is the co-founder and co-publisher, along with his wife, Valerie Merians, of Melville House. He is also the founder of one of the world's first book blogs, MobyLives. 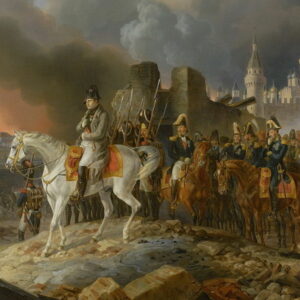 It would take Tolstoy some time to sound the alarm that humanitarianism could entrench war. On the way to doing so, he had one of his most...
© LitHub
Back to top
Loading Comments...