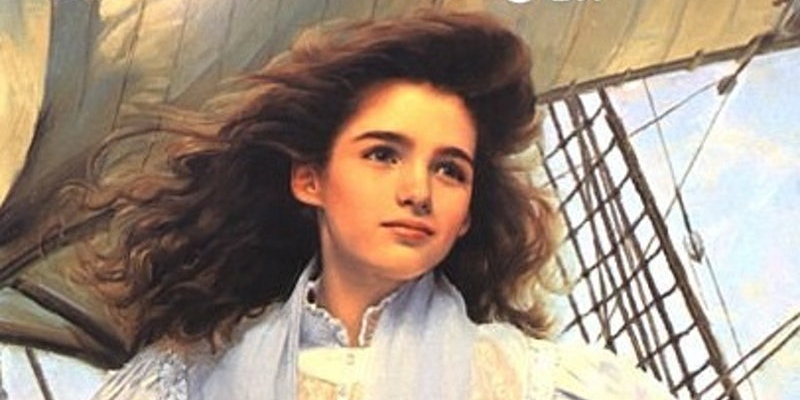 On Girlhood and the Most Epic Haircut of All Time, in The True Confessions of Charlotte Doyle

On this episode, Jennie and Marcy talk about the 1991 Newbery winner, The True Confessions of Charlotte Doyle by Avi.

Marcy: One of the symbols of of Charlotte’s girlhood is her hair, that she’s very proud of. She keeps mentioning how she has to take great care with it and she has to do all this stuff, and it’s kind of a hindrance but she’s really proud of it. But it’s in the same vein that she’s dressing up in the trappings of her old life. And instead of explaining it too much, there’s just a point where she needs to, and she chops it off. And it’s such a nice metaphor.

Jennie: That’s one of my favorite scenes, actually. It’s during a storm. She’s on the rigging, and her hair is in her face and she can’t see, and it’s starting to endanger her, like she’s been blindfolded. And so she just wraps her legs and one arm around the rope, and then she just gathers her hair in her hand and just chops it off with a knife. And that’s when you’re like, Charlotte is now a pirate.

Marcy: Yeah. One, that’s a pirate move. And two, there’s this thing that she was so proud of before, but she sees now is so far from being something to be proud of, but is actually endangering her life. It’s such great symbolism without being preachy at all. It’s just masterful.

Avi’s work spans nearly every genre and has received nearly every major prize, including the Newbery Medal for Crispin: The Cross of Lead and Newbery Honors for Nothing But the Truth and The True Confessions of Charlotte Doyle. Avi lives in Colorado. You can learn more about him online at avi-writer.com. 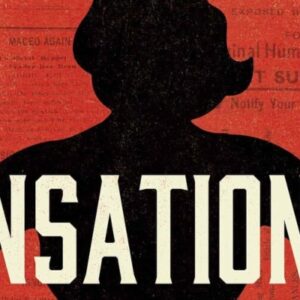