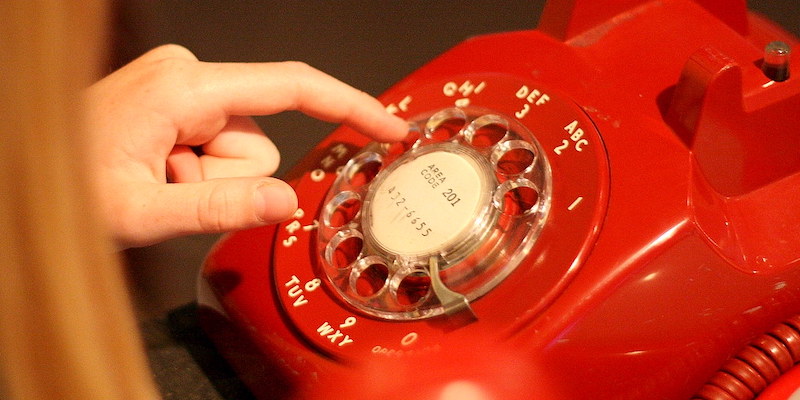 On Embracing the Halting, Neurotic, Defiant Ways We Talk

In first grade, we introduce ourselves around the circle. I am “SAWAH WIPPMANN.” Laughter ensues, followed by a hot burst of shame, and a label.

A couple times a week I’m pulled out of the classroom and banished to a utility closet for speech therapy. A tape recorder clicks, screeches. Do you hear yourself? The babyish, inarticulate sound of my voice springs tears. I’m given a hand mirror to examine the positioning of my lips and tongue. I understand: There is something wrong with me. I need fixing.

By third grade, I’ve wrangled my L’s, but the R is a bitch. I’m told to practice and record ad infinitum, as if humiliation alone might resolve my problem. For incentive, I’m promised stickers in exchange for parental signatures from these practice sessions. Who wouldn’t want puffy, googly-eyed pickles? Scratch-n-Sniff gasoline? I am busted for forgery, so now I am a delinquent who still can’t talk right.

My friend Marissa has just gotten this new Atari cartridge called Q*Bert. All I want is to invite myself over for Spaghetti-Os and video games, but her brother can be a bully, so I’d better learn to say it before I play it. A desperate yearning drives my determination on a bumper-to-bumper car ride to NYC that winter. I have what my family calls an acrobatic tongue. Some children twirl batons at the annual talent show, others sing Memory a cappella. I stretch my tongue to my nose, fold it in half like a letter. I curl it into a hotdog and pull. My first R muscles out. The station wagon erupts. This is a breakthrough, a relief to everyone’s ears.

Only now I want to read everything out loud, starting with subway ads. “Do you have hemorrrrhoids?” I boom into the crowded train.

In middle school, speech is a required class—for everyone. Our final project is to orate a fairytale in juried assembly. I choose Hans Christian Andersen’s The Little Match Girl. Do you know how many times the words “girl” and “burn” appear? At the podium, I’m in a sweat. My voice quavers. Heat constricts like a turtleneck. When I win, I assume it’s out of pity and not that, maybe, the judges read my nerves as vulnerability, courage, as an honest seedling of voice.

I’ve exhausted the bullshit of expectation, and I’m no longer trying to please.

I have a popular older sister who speaks in a way that’s become ingrained upon throngs of white girls in the 80s where Phoebe Cates reigns supreme. Y’know? I am tired of looking young and sounding infantile. When a mall clerk watches me fill out a raffle and says, “You can write your entire name!” I scowl. I am 13. From then on, I adopt my sister’s idioms (there are no “r”s in totally). Steal my parents’ F-bombs. Like, you fucking know it. It is very adult.

A high school enrichment teacher shares an article by Carol Gilligan on girls’ self-esteem. How self-doubt worms its way into the adolescent consciousness and takes up root, and confidence gives way to silence, or to a flurry of hedges—I think, I feel—while boys ride the declarative pony off into the sunset. Yes, binaries are reductive, and theories on gendered speech reinforce these narrow constructs, but this is where we are in the 90s. I may over-apologize or preface everything with, “stupid question, but—” but no one calls you Lippface for being a church mouse. It doesn’t occur to me that I’m acting like a twit until I show up in a thrifted Ivy League sweatshirt and the intellectual elite gives me a onceover, yawning, “How ironic.”

My 11th-grade English teacher assigns oral reports on authors. I do a deep dive on Kurt Vonnegut. When I’m through, Mr. Wilk turns to the desks. “Well?” Hands shoot up. “68!” “75!” “83!” I’m like, what the fuck, dude. He explains he’d asked the class to count how many times I said “like” during my presentation.

My face burns. Maybe he means well. Maybe he is trying to teach me that words matter. Maybe he wants to demonstrate how my verbal tics and vocal fry distract the listener from the content of my argument. Maybe he is just an asshole. In any event, this mortification shuts me right up.

In college, I sit awestruck and silent, envying my peers who discourse in full paragraphs. I panic through a semester-long ethics course led by Socratic method, praying I won’t get called on. Even in seminars, I rarely speak. When I do, it’s a struggle of wills. Do I let ‘er rip and risk sounding stupid, or do I try to elevate my speech and come off as halting, inauthentic, and stiff? Umm. For me, fillers are valuable pauses that allow me to gather my ideas. Sure, I’m smoking a lot of pot. But my thought process is naturally digressive and tangential, somewhat elliptical and fractured in a world that privileges pithiness, linearity, cogency, quips.

In literature classes, I’m sucked down the canon. In workshops, I try on voices that aren’t mine. A useful exercise in pastiche, perhaps—imitation is a form of flattery, etc.—but Ssssssssssth, I will never be Toni Morrison. Or Carol Maso. I will never possess the syntactical gymnastics of Stein, the lush rolls of Woolf. As instructive as these close studies are in terms of craft, their outcomes are dishonest. I am trying to sound like anyone other than who I am.

Fiction comes in handy when I land a stint penning a column for GQ—unbylined, intended to embody “the ubiquitous editorial voice of the magazine.” What does a 22-year-old coed know about the whitewashed, moneyed middle-aged man it’s tasked to cultivate? Enough to know when it’s time to quit.

In grad school I take a class with Abigail Thomas. Her book, Safekeeping, sounds like her: self-deprecating, unvarnished. Honest. I read Grace Paley. Hello, my life. It’s as if she is speaking right to me. When I start teaching, I remember Vonnegut. I distribute his bulleted classic “How to Write with Style” in the first week of every class.

I have no choice but to sound like myself.

My college thesis advisor had tried to tell me: Sit up straight, she’d say, when I slouched in her office. What she meant was: Take up space. Own your shit. Don’t be afraid to be who you are.

Still, years will go by before I heed this message.

Once I become a mother, something shifts. Everything becomes more immediate and instinctual. There’s no time for self-consciousness. There’s barely time to complete a sentence. I’ve got to use whatever I’ve got: lifelong shame, constant interruption, an incongruous mix of apology and anger, of urgent imperative and circuity, drift. On the page it’s a battle of discord and disconnect, of white space and a nearly crude directness. Flash fuels me with its demands for compression. Filler may be superfluous until it’s integral. As for what’s left unsaid: Like stone soup, it all goes into the pot.

I have no choice but to sound like myself.

If Vonnegut was a satirical World War II POW from Indianapolis, then I’m a foul-mouthed neurotic Jew from the Philadelphia suburbs. My voice is a product of and rebellion against the very container from which it sprung, a fraught stew of experience, a constellation of contradictions, a love affair with language and a war of restraint. When I hedge, it’s because binaries are baloney. To call prose muscular is to subscribe to these patriarchal precepts. My voice may be defiant with deflection, at odds with the declarative, stippled with questions, but its honesty lives in the friction between protest and accommodation. I’ve exhausted the bullshit of expectation, and I’m no longer trying to please. At least, I think; I mean, I hope. On a good day it’s a kind of reclamation, a kinetic assertion of paradox.

To arrive at language is to amalgamate our various exposures. From the sounds of home, to the hum of our surroundings, the cacophony of our pasts, what we read, who we meet, how we live. Our position in relation to dominant power structures (and the inherent eurocentrism, misogyny and racism of etymology) will likely influence our stance on grammar, what we subscribe to and what we rage against, steering our ear toward style, the vibrations of rhythm, syntactical flourish, structural choice. This is the magic that makes us.

And so, I face the page. Teach others (like, for real, Mr. Wilk). Sometimes I even host authors on the virtual or actual stage. While you won’t find me doing improv or karaoke, The Little Match Girl in me might be surprised to see an increased comfort at the mike. Truth is, it’s infinitely less scary to share your words when they’ve been cut fresh off your bones.

That’s voice. All we can do is trust it. From here, the rest will come. 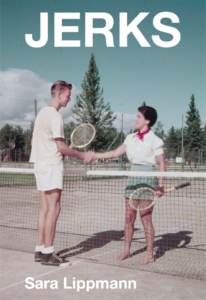 Jerks by Sara Lippmann is available via Mason Jar Press.

SARA LIPPMANN is the author of the story collections JERKS (Mason Jar Press) and Doll Palace (re-released by 713 Books.) Her work has been honored by the New York Foundation for the Arts, and has appeared in The Washington Post, The Millions, Best Small Fictions, Diagram, and elsewhere. Raised outside of Philadelphia, she teaches with Jericho Writers and lives with her family in Brooklyn. Her debut novel, LECH, will be published by Tortoise Books this fall. (edited) 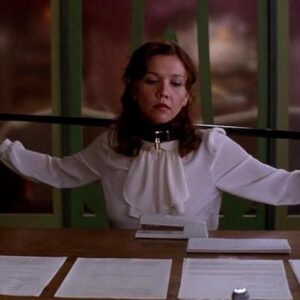 When we first met Lee Holloway, she was leaving a psychiatric institution on the day of her sister’s wedding. That was 2002...
© LitHub
Back to top
Loading Comments...