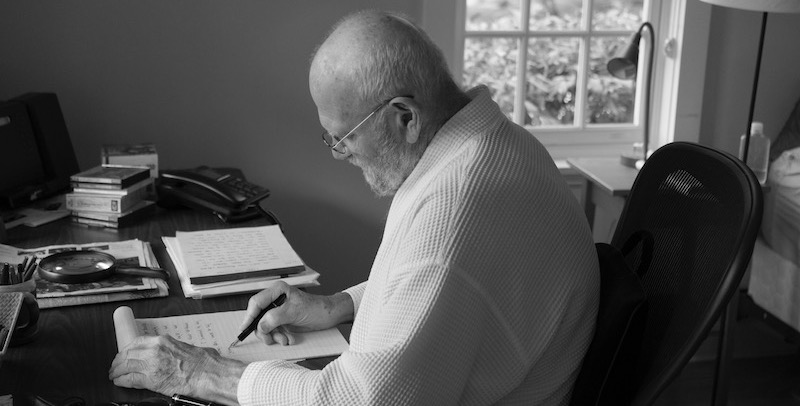 On Editing Oliver Sacks After
He Was Gone

As much as Oliver Sacks loved writing (and I do mean the very act itself—filling his fountain pen; starting a fresh yellow pad; whispering words aloud to himself as they came to him), he also loved getting published.

The “getting” part was a big part of it: Even after publishing 13 books and hundreds of essays and articles in his lifetime, Oliver still considered it a privilege to “get” his work in print. (The last piece he saw published, “Sabbath,” appeared in The New York Times just 15 days before his death on August 30, 2015.) His readers might be surprised to learn how little he cared about where a piece of writing first appeared. It did not

have to be in the most prominent places—The New York Times, The New Yorker or The New York Review of Books, the holy trinity for writers in the US—though he certainly felt fortunate to have his work appear frequently in their pages. Oliver was just as happy to see a piece he’d written in literary journals such as The Threepenny Review; highly specialized medical journals such as The Archives of Neurology; or commercial magazines with relatively small circulation such as Astrobiology Magazine. Each had its own distinctive audience and, hence, might be enjoyed even more deeply.

Now, 33 of these and other uncollected pieces are in a book—the final volume of the essays of Oliver Sacks, Everything In Its Place: First Loves and Last Tales. Everything In Its Place, like the posthumously published Gratitude (2015) and The River of Consciousness (2017), was co-edited by Kate Edgar, Oliver’s personal editor and assistant of 30 years; Dan Frank, his longtime editor at Knopf; and me, his partner in his last six years. The three of us spent about 18 months reading and rereading (often countless times) well over a hundred pieces and meeting to discuss them frequently.

Unlike the two earlier posthumous books, both of which Oliver had discussed with us before he died, this time around we did not have the benefit of his thoughts to guide us. While he knew there would be one more collection of his work after The River of Consciousness, he ran out of time to organize it before his death. That job he entrusted to the three of us.

In our initial cut, our first question was not what one might expect. We didn’t ask ourselves, What would Oliver want? After all, how could we really know (even though we three knew him and his work best)? But also, there was this: Oliver had a deep respect for editors, whose role is to make judgments, to offer critical comments, to say if something doesn’t work—whether a point, a passage, or an entire piece—or if it unequivocally does.

Writing gave Oliver such joy it was infectious to those around him.

I remember a vivid example of Oliver’s response to editing after he’d submitted the first draft of his memoir On the Move to Knopf. Dan loved the manuscript but delicately told Oliver one thing was missing: He had to “write something about Michael,” his beloved and deeply schizophrenic older brother, whom he had never discussed in public before. Within days, Oliver turned out a whole new chapter, both heartrending and unsentimental, which added further insight into his empathy for his patients—many of whom, like Michael, had been institutionalized or marginalized by their conditions.

For his magazine and newspaper pieces, there were a few “house style” editing conventions that drove him nuts. American publications would always change his very British use of the word “which” to “that.” He never got used to that. Moreover, the NYRB insisted on turning his footnotes into endnotes, which did not sit well with Oliver, an inveterate footnote writer. But that was better than The New Yorker, which forbade foot- and endnotes completely, insisting they either be dropped or incorporated into the main text. (Oliver’s original footnotes were restored for pieces included in the new book.)

So, what was it like to edit Oliver’s work without Oliver present? Well, aside from the most obvious—that we dearly missed him—it simply wasn’t as much fun. Writing gave Oliver such joy it was infectious to those around him. Each stage in the process brought its own rewards: getting the first uncorrected proofs, with their clean white pages of “beautifully” typeset text (which he’d then promptly mark up with an array of multicolored felt pens); then bound galleys—sent out to critics several months before pub date; and of course, the first copies of the finished book itself. As with birthdays, he firmly believed publishing a book called for a celebration—preferably with smoked salmon, fresh herring, Champagne, and plenty of friends.

As my two co-editors and I worked on Everything In Its Place, our guiding principle in selecting pieces was, Is it first-rate—is it as good as anything Oliver Sacks has published in previous books? Fortunately, we had his large, varied body of work as a means of comparison. However, in the case of Oliver’s case histories, this made decisions particularly tough—he had set the bar so high for himself, with pieces like those collected in The Man Who Mistook His Wife for a Hat and An Anthropologist on Mars, that we knew the case histories included here had to be every bit as strong.

A phrase that often came up for us was that we didn’t want this collection to seem “like a scrapbook,” filled randomly with miscellaneous writings, as anthologies and posthumous collections sometimes do. This is where sequencing the pieces became crucial. We wanted this book to have its own narrative arc, to give a suggestion of Oliver’s entire life’s path. So it opens with his earliest memories—of swimming with his father as a very young boy—and moves on to his boyhood passions—for chemistry, for libraries, for London’s Museum of Natural History. The middle section brings the reader into his life as a neurologist, and functions almost like a book within a book—the 15 last case histories of Dr. Sacks. Everything In Its Place closes with a series of pieces written from the vantage point of an older man, no less passionate than in his early years but transfused with the wisdom of age and experience.

Can You Save a Dying Italian Town with the Art of Storytelling? 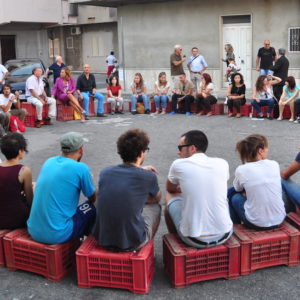 Can You Save a Dying Italian Town with the Art of Storytelling?

When Angelo Carchidi returned to Rosarno in 2012, the peak of Europe’s debt crisis, the place of his birth and home of his youth...
© LitHub
Back to top