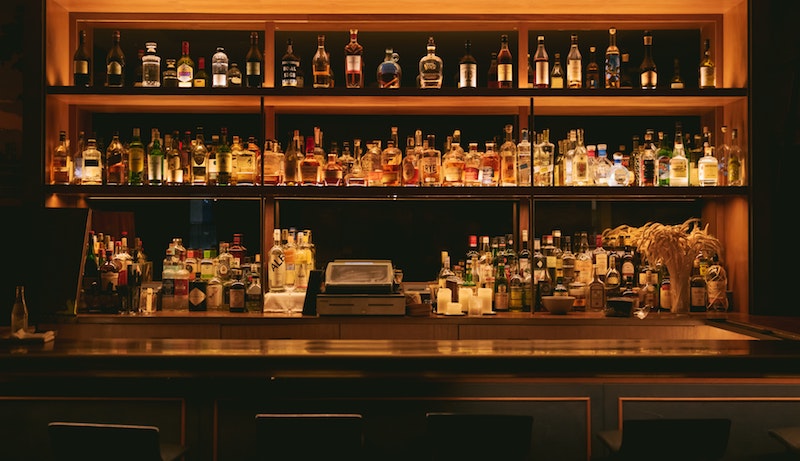 Wesley Straton Outlines the Benefits of Working the Bar Shift

I started bartending when I was 22, broke, and desperate. I had just graduated from college and moved to New Zealand, where, as a 22-year-old blond woman with a good work ethic and, crucially, an American accent, finding bar work was easy. (Americans, I learned, were broadly assumed to be good service industry workers.) I took a job making minimum wage and no tips at a glorified pub on the Wellington waterfront—and I’ve spent the decade since working my way through half a dozen bars and restaurants in three different countries, turning my last-resort job into the career that has allowed me to lead a creative life.

When I started bartending, I also knew that I wanted to be a writer. I had been writing my whole life—the novel I cowrote with a friend in middle school, the clumsy short stories I submitted to my high school’s literary magazine, an earnest attempt at NaNoWriMo. In college I’d written a creative thesis, a collection of short stories and poetry that had failed to net me high honors or departmental prizes, and several of which had been summarily rejected by a handful of literary magazines. In retrospect, these are standard literary growing pains; at the time, I was burnt out and disillusioned. I had no good ideas, no special talents, no indication that writing was an available path for me at all.

On top of this, I had led a narrow, tightly structured, intensely sheltered life: a quiet childhood in pre-Facebook Palo Alto, four academically stringent years at a boarding school in Pebble Beach, four less stringent but equally academic years at Amherst College in Massachusetts. I needed to relax. I needed to get out of my comfort zone. I needed, it turned out, to bartend.

The first, possibly best, likely most important gift that my bar career gave me was a human one. At twenty-two I was painfully shy, intensely quiet, anxious and awkward. You don’t have to be an extrovert to bartend, but you do have to talk to people. I’m sure I would have learned how to make small talk eventually, but being behind the bar, I was surprised to discover it was easy. The bar is a podium and a stage: I learned to put on an act, and then I learned how to make that act a part of my real personality.

It helps that the stakes of those conversations are low: they’re short by necessity, and even if you say something stupid, chances are you’ll never see that customer again. I still think of myself as shy and awkward, but nobody else does. On top of this, my coworkers were mostly extroverts of the highest order: friendly, colorful, charismatic types from a variety of countries and backgrounds: students and drop-outs, designers and musicians, a handful of diehard travelers who were just bouncing from country to country as long as they could. I opened up in their company, over long shifts and afterwork dance parties, games of pool in the bar around the corner, nights out, day trips. This is, I know, standard learning-to-be-a-person stuff, but it was a craft lesson, too.

How can you write compelling dialogue if you can’t talk to people? How can you create a breadth and variety of characters if you’ve never met anyone different than you? If writing is a study of the human condition, then there is inherent value to surrounding yourself with as much humanity as possible.

I had a fallow period, creatively, and then sometime toward the end of 2012, I found myself writing a novel. This was when the practical advantages of bar life began to reveal themselves. There are plenty of writers who get good work done during their lunch breaks, or in the evenings, after their day jobs are finished for the day. I am, emphatically, not one of these writers. I like a long, uninterrupted stretch of time, a period that allows me to settle in, dive deep, come out by degrees. I like the creativity of my half-awake self, the dreaminess of the first cup of coffee. I worked the occasional opening shift, but most days I didn’t have to be at work until 3 PM at the earliest. I could sleep in late, go for a run, and still have anywhere between two and five hours to spend hunched over my dying MacBook in some Wellington coffee shop.

If writing is a study of the human condition, then there is inherent value to surrounding yourself with as much humanity as possible.

And the work itself is so refreshingly different from writing. The only screens I looked at on shift were the POS systems I used to ring in orders; my time was spent on my feet, talking to people, making drinks. The physicality of the work is harder on me now, in my thirties, but I’m grateful for it still: shaking cocktails, walking around the bar, even cleaning. The deep satisfaction you feel at the end of the shift, when you finally get to sit down and have a quiet moment. The social side: writing can be a lonely, isolating experience, and having a counterweight full of conversation has always served me well.

And there’s creativity involved, too. Most of the serious bartenders I know love putting flavors together, building drinks and building, more broadly, experiences. Like cooking or baking or throwing parties, it can be an art and craft of its own. I like to think of this as a sort of creative cross training: an opportunity to use your creative energy in a different way, to make yourself stronger.

While there is little-to-no downtime during a bar shift—most places I’ve worked haven’t even given me a formal break—there’s also little-to-no work to take home after. I could leave the bar at the bar, and come into writing with my whole self. By the time I left that first bar for good—in 2014, when I left the country—I was querying agents and starting on new work. And though the novel I was querying ultimately stayed in the drawer, it taught me that this whole Being a Writer thing might not be such an impossible dream after all.

I spent a year and change working service jobs in Australia, and then moved to New York, where I bartended my way through an MFA program and wrote another novel which publishes today: The Bartender’s Cure. In it, I use recipes, bartending tricks, and random bits of liquor history and legend to tell a creative coming-of-age story, a story about a young woman who thinks she wants to be a lawyer and accidentally falls in love with bartending. I had been working in bars for six years by the time I started writing this book; I had a deep well of material, and I had the time and the space in which to put it to good use.

It’s worth noting that of course bartending is not for everyone. It’s physically and emotionally demanding, offers little in the way of job security (that first COVID lockdown was rough), and I have never had a job that offered benefits. I’m not bartending regularly these days, though I pick up the occasional shift and I still work in the drinks world, where all my shifts still start in the afternoon. And yet. In an industry in which writers are often pressured to find work in the literary sphere—editing, bookselling, teaching, etc.—I’d like to offer bartending as an alternative, one that has changed my life, served me well, and helped me write a novel. 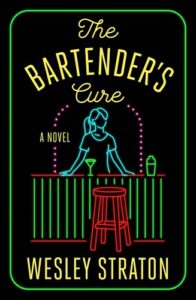 The Bartender’s Cure by Wesley Straton is available now via Flatiron Books.

Wesley Straton is a writer and bartender based in Brooklyn. She writes fiction about found families, alienation, and how where we live shapes who we are. She studied fiction at Brooklyn College, where she received the Himan Brown Creative Writing Award and served as an editor for the Brooklyn Review. Her fiction has appeared in Glimmer Train and has been shortlisted for the Disquiet Literary Prize, and she has written about international bar culture for Roads & Kingdoms, GQ, and Difford’s Guide. The Bartender’s Cure is her debut. 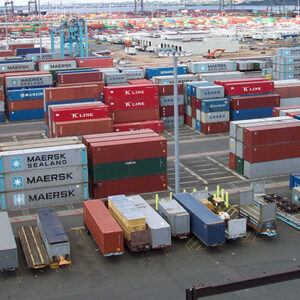