On Creating an Inclusive Literary Journal

Joyce Chen Reveals The Seventh Wave's Reason for Being

Sometimes an explanation can turn into a justification in a matter of seconds. When three New School classmates and I started The Seventh Wave in the spring of 2015 just months before our graduation from the creative writing MFA program, we were often met with skepticism by those who had already traversed the literary landscape and determined that the future was bleak.

“But why? Who’s your target audience? How is your publication any different from all the ones that already exist? How will you stand out?”

The questions thrown at us were many, but not as many as the ones we posed to ourselves. We had to learn to stand our ground about our idea. Our explanation was not a justification. We were not trying to prove ourselves “right” or defy any odds to become a household name; we simply wanted to exist, and to experience the ebbs and flows of change over time with full transparency to our readers.

Our concept—to create digital and off-line spaces that encourage opposition and conversation—has by and large been the only thing that has remained the same in the nearly year and a half since we first began. We have undergone editorial staffing changes, added a side conversation component to the site, upended our submission cycle halfway through an issue, and completely revamped our website and logo, just to name a few seismic shifts. All of these in the name of getting closer to our original mission.

But this is an explanation, not a justification.

None of these changes were by accident, even if they were unexpected at the time. For us, part of the purpose of founding an arts and literary journal in such an uneasy climate was not to add more noise or content to an already crowded space, but to shake up what already existed for the thrill of seeing what forces were at play underneath. A snow globe of words and wisdom.

I recently read Zinzi Clemmons’ piece “What It Means to Be an Inclusive Literary Journal,” and it caused me to reflect on the state of the literary world as it stands now, and The Seventh Wave’s small place within it. How has the industry shifted—if it has—to be more welcoming, more diverse, and more representative of the society that we live in since we first began? And how can we ensure that we are continuing to play a part in pushing it in the right direction?

We hold ourselves accountable to be what we want the publication to be: open, engaged, curious.

The Seventh Wave is still “fundamentally hopeful in the power of words to change the world,” as Clemmons put it. The now-three of us came together entirely because of this belief, and it is the driving force behind all the decisions that we make. We are, by virtue of our life experiences, diverse in our thoughts and opinions and therefore a representation of the kind of inclusivity that we hope to create for our publication. It’s a testament to the idea that those who stand at the helm of these publications are just as important as those who keep the ship afloat; that is to say, we hold ourselves accountable to be what we want the publication to be: open, engaged, curious.

We think, as many of the other editors included in Clemmons’ piece do, that having previously unheard voices helm the publication itself is important. As an Asian American woman, I understand the complicated dynamics of maneuvering through an industry dominated by older white men. I know what it feels like to not be taken seriously as a writer, or to have a narrative thrust upon me, an expectation that I have lived, and therefore can tell, only one kind of story. It’s the reason why organizations like the Asian American Writers Workshop exist, or why journals like The Offing came into being.

The importance of being an inclusive journal goes well beyond the aesthetics of being seen as “progressive”; it is making a statement by inviting a diverse array of voices to connect and mingle and challenge each other at a time when divisiveness permeates the news, when groups are being pitted against one another, when declarations are being made in black and white. Either you are for something, or you are against it. In literature, and in art, we argue, you can just be you, in all your complicated, contradictory ways—which is, perhaps, the loudest declaration of all.

When we first started, our explanation to curious creators and dubious naysayers alike was simple: What we’re trying to do is fill in the gaps that we see in the literary world, to invite the voices and opinions of those who have been missing into what has become an exclusive community. We want to set the right foundations for a publication that encourages marginalized writers and creators to have a say—unfiltered—about the topic at hand, and we want to have a product that mimics the process. Therefore, our issues have the flexibility to change in format and structure dependent upon our own changing selves.

And beyond that, we want to invite individuals who might not traditionally think of themselves as writers or artists to express themselves in these spaces, because their viewpoints—though not traditionally literary—add a thread to the dialogue that wouldn’t have existed otherwise.

We pointedly reached out to people from vastly different fields of study for our first issue—a Buddhist monk, two Iran hostage crisis survivors, and an anonymous pop culture and sociopolitical activist, to name a few—and placed their voices side by side to see how they would interact on the screen. Then, we brought these same individuals into the same physical space for our launch event, alongside new and established writers, and watched something extraordinarily interesting happen: They all came alive.

People who hadn’t felt like they had the permission to tell their stories now felt welcomed to do so, breaking down the barrier between expectations and unexpressed selves. Those who had never previously considered themselves writers now experienced the lens turned inwards on themselves, forcing them to rethink what it means to be a writer, a storyteller, a creator, and just how much dedication and skill and introspection goes into forming a compelling narrative.

The result, I think, was twofold. First, those who had previously felt excluded from the larger conversation—writers of color, LGBTQ writers, emerging writers, hyphenated writers of all ilk—were not only given seats at the metaphorical table, but were presented with the best seats in the house and asked to lead the discussion. Second, those who never felt welcomed into the literary realm in the first place—an ultra marathon runner, a champion for diversity in higher education, an adventure photographer—now had the go-ahead to engage in the world of words and art and to see how they could contribute their voice. And by virtue of that, it gave them a newfound appreciation for the challenges of expression that creators are oh-too-familiar with.

In Clemmons’ roundup of journals, Kayla E. of Nat. Brut magazine mentioned transparency, and the lack of it, in an industry that is ironically made up of writers and creators who are largely fighting the same fight. We struggle to keep our publications afloat financially while pushing for what we know to be important: storytelling, writing as proof of existence, leaving our imprints in a complex, many-layered society. If it truly is the case that those who lead these publications are in pursuit of these same end goals, then why is it that there is still a marked divisiveness amongst established and independent publications?

She put it best when she said this: “We must seize every opportunity we can to mindfully and self-reflexively confront issues regarding operations, resources, and visibility. I think that begins with acknowledging that, though we’re all in the same water, we’re not all in the same boat, which bears considering what we all can do to keep minority-run independent publications from being left in the dust.”

Accountability and transparency go hand in hand, and in the case of the literary realm these days, this should be an explanation, not a justification. No one should be made to have to prove the saliency, the moral righteousness, of their decisions, if we are all on the same page: What’s good and helpful for one journal is good and helpful for another journal. We are all in this together, and the importance of having publications that amply reflect the makeup of our multi-dimensional societies is key.

For our current issue, we are addressing the question of “Who gets to belong?” which has never felt so timely. In the wake of the headline-making shootings of Alton Sterling and Philando Castile, and the subsequent attack on police in Dallas, it’s clear that our national narrative is becoming increasingly polarized. Brexit has proved that belonging has even come to take on negative connotations for those who believe others don’t deserve to belong. And the forward march toward the U.S. presidential election in November is blazing a clear divide between—and even within—party lines. Either you are with us, or you are against us.

And the idea of belonging is making itself heard in these ongoing discussions about who gets to take part in the literary realm, and who is responsible when it comes to creating truly inclusive journals. Writing is political in that it stirs up thoughts and emotions and opinions within people we may not ever meet; it is a vehicle of dialogue. And so, if we are to approach these issues in the news, these topics of race and class and privilege and violence and peace and religion—how could we, fully, without mastheads that go beyond declarations of diversity? That at the very least attempt to create a space of better understanding by virtue of a wide spectrum of voices and minds and thought?

What does it mean to have two women, both ethnic minorities, working with one white male, and all three from disparate reaches of the world? How can our world views and stubborn opinions inform each other, and how is our agreement to engage, and not just to disagree, foundational to what we hope to accomplish with the publication? These are the questions that the three of us constantly ask ourselves, because the answers are the explanations others seek about why we’re doing what we’re doing.

I don’t pretend to fully understand the experiences that either of my two fellow editors have had, and nor do they presume to know mine. But we continue to learn and grow from the intersections where we meet, and this has been the greatest reward.

Joyce Chen is a writer and editor based in New York City. She is one of the co-founders of the literary and arts publication, The Seventh Wave, and a staff editor at Us Weekly. Her words have appeared in the New York Daily News, People magazine, the Los Angeles Daily News, Los Angeles magazine, and Hyphen magazine, as well as in Narratively, Flux Weekly, and Handwritten, among others. She holds a B.A. in journalism from the University of Southern California, and an MFA in Creative Writing from The New School.
http://theseventhwave.co 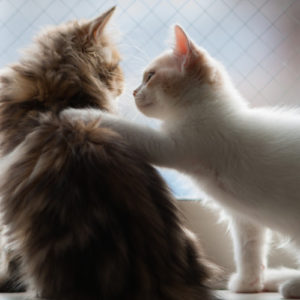 Writers and intellectuals are perhaps no different from other people in their need to justify what they do through something other...
© LitHub
Back to top