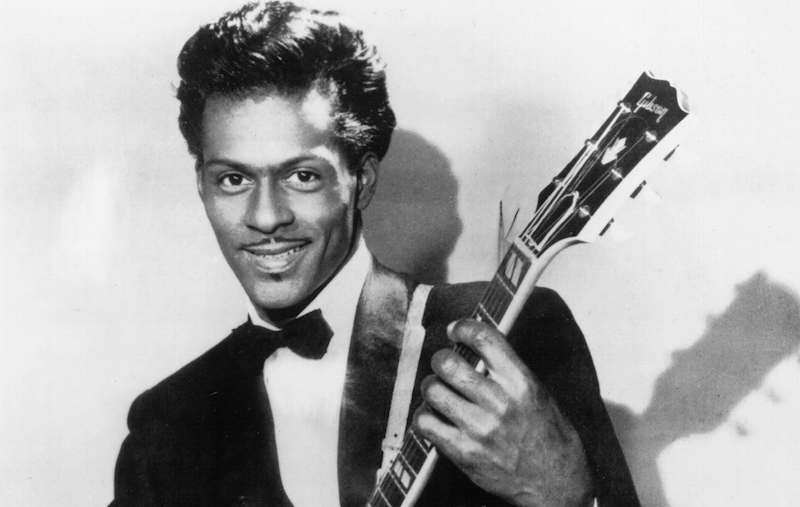 Charles Berry came into the world on October 18, 1926, making a strong impression from the start. “I was born in the best year of my life. My mother tells me that before I was even dry, I had begun singing my first song; I started crying prior to the customary spank that brings one unto life,” he wrote in his autobiography. “For the second show, at an age of five hours, I amazed my mother again by raising my body up with my arms. I tell you, I already wanted to look the world over.”

He enjoyed saying that he shared his birthday with Plato and Einstein. This was greatness as birthright, and so what if nobody knows when Plato was born, and that Einstein was born March 14. The point was clear: Chuck Berry occupied himself with greatness and considered his place to be in its company.

His family called him Charles as a boy. Before he was one year old, a freakish event marked the city of St. Louis: the cyclone of 1927. It touched down at one p.m. on September 29, 1927, and in five minutes it had gouged a track twelve miles long and six hundred yards wide through the city, slamming into a high school and killing seventy-eight. “The air seemed to be sheeted with fire, indicating a violent electrical storm,” said the New York Times. The storm left twenty thousand people homeless.

The first year of Charles Berry’s life, the Veiled Prophet made history, addressing the people of St. Louis for the first time by radio; he spoke about the St. Louis Cardinals and Charles Lindbergh’s transatlantic flight, and championed waterfront development. There were forces out there bigger than oneself, forces that buffeted, and there were forces at home to beware of too. Berry acknowledged such problems once in an interview, saying, “My childhood was not so good. My parents were getting divorced.”

He referred to affairs his father had. Henry and Martha never went through with the divorce, but there would be undercurrents. Berry’s mother wanted to teach school, but Henry wanted her home and made sure her hands were full with six children.

His father grew cucumbers, squash, and tomatoes in the family’s garden. There were two washtubs in the kitchen, one for laundry, the other for bathing. Sunday nights were for big dinners when the house was filled (“infested,” said Charles) by deacons from their church, praying before passing food around the table.

Chuck Berry occupied himself with greatness and considered his place to be in its company.

Central to Charles’s own story were two “magic boxes,” as he called them: a piano lorded over by sister Lucy, who sang hymns and classical music, and a Victrola record player on which his parents played foxtrots. Charles crawled toward the piano before he could walk, its music pulling him in. And one afternoon a four-year-old Charles tiptoed to the Victrola and put the needle on a 78 recording all by himself. When she heard what he had done, Martha administered “my first whooping,” a spanking that he never forgot.

Another sound that filled the house: Martha chanting hymns while she did chores around the cramped space. She wasn’t rote reciting, for as she moved through the home, his mom was incorporating her sound into her work, physically massaging the passages into her efforts. She was working music and God into her space, finding a dramatic moment in a line and in her voice displaying the feeling that she was carried away by something more powerful, and as Charles listened from another part of the house, this didn’t carry him away so much as make him feel frightened that his mother could be weakened by song, and that the feelings bleeding out in daily life could be so powerful that they could make one lose control.

Berry caught pneumonia, bad enough that a nurse came to the house to take care of the child. She was a white woman, and while she worked Charles playfully peeked into her medical bag, pulling out instruments. The nurse spanked him and then his mother spanked him as well, and the discipline excited him. “I became determined to satisfy the nurse’s instructions,” he remembered. “It wasn’t long before the noticeable change in my mischievous nature brought a hug and a kiss from the nurse. The feeling of her lips, the same lips that forgave me after once punishing, has yet to leave my memory. In fact there are things today that I realize are related to the sting that was embedded in my character then.”

The feeling was startlingly powerful. Later he would realize that even just speaking to a white woman would pull him back to that moment, the instant when desire and punishment came together.

The family bought a radio. Charles would take apart the back of the box, exploring where the sound came from. More spankings followed.

He was curious, undirected. Berry attended kindergarten at Cottage Avenue School, then entered Simmons School, a combination elementary and middle school that filled a formidable structure on St. Louis Avenue. He loved math, hated history, and may have been held back for a year. According to teacher Melba Sweets, Berry was “one of the worst kids I ever knew. . . . He was so bad that he was going to take me on one day by walking out of the room. No kid had ever tried me before. I told him, in the sternest voice I could muster, ‘You will be sorry if you walk out of this room.’ It worked, and he turned around and went back to his seat.”

To Berry’s parents Paul Laurence Dunbar was a symbol of hard work and study. Those who read him were rewarded with a heightened sense of not just what words could do, but what voices could achieve.

Poetry was regularly read and recited at home. Especially the words of Paul Laurence Dunbar, “the most loved poet in our family,” said Berry. So central was his writing to the Berrys that when Martha and Henry had another son in 1933, they named him Paul Lawrence Dunbar Berry.

The respect for Dunbar hardly set the Berry family apart. Born in 1872, among the first generation of African American artists to have lived their whole life in freedom, Dunbar was a celebrated poet who also wrote novels, short stories, and lyrics and libretti for the musical theater. He was revered as the first professional Black author, admired by Black and white audiences, and his example—as a shaper of the American tongue—inspired on multiple levels.

To Berry’s parents he was a symbol of hard work and study. Those who read him were rewarded with a heightened sense of not just what words could do, but what voices could achieve. Dunbar had a genius for speaking his thoughts through the shape of other folks’ mouths. He was most famous for a group of poems spoken in what has been called Black vernacular, though it is sometimes also referred to as the dialect of minstrelsy. These poems in particular were read around the African American dinner table, recited in school assemblies and at church events from coast to coast.

The name of Paul Laurence Dunbar was in every sense a household word in the black communities around Los Angeles when I was growing up here. It was not, however, a bookish word. It was a spoken word. And in those days it was associate with recitations which never failed to delight when we heard or said them at parties or on programs for the entertainment of the church-folk and their guests. I was still in grade school when I first heard a program chairman asking a prospective participant if he knew a “Dunbar piece” he could recite. A knowledge of Dunbar’s poetry and the pleasure it gave when spoken with a note of mimicry and a touch of pathos was all it took to melt our hearts and make us one.

The poems Bontemps heard around the table—“When de Co’n Pone’s Hot,” “The Party,” “When Malindy Sings,” “In the Morning”—were ones that shaped multiple generations of artists. Novelist Chester Himes, who attended high school in St. Louis in 1923, said, “Every black schoolchild knew the poetry of Paul Laurence Dunbar, which was recited in school.” Trumpeter Miles Davis, who grew up in East St. Louis, celebrated Dunbar’s as a singular blues voice, comparing him to singer Bessie Smith: “She affects me like Leadbelly did, the way some of Paul Laurence Dunbar’s poetry did. I read him once and almost cried. The Negro Southern speech.”

What’s fascinating about Dunbar is that he was born in post-Civil War Dayton, Ohio, not the South, and was the only Black student in his high school class. The “Negro Southern speech” that moved Davis and others was both real and an invention. He found voices and strategies for talking to white and Black audiences at a time when they were hardly talking to each other. Dunbar was a salesman selling his art, using the way people spoke, as well as the way some people thought other people spoke, to rope in as many readers as possible. His poetry could make you feel like he was talking animatedly straight to you, just that direct, but he was gifted with tricks and contradictions, switching codes to envision a community of readers greater than existed at the time of his writing. 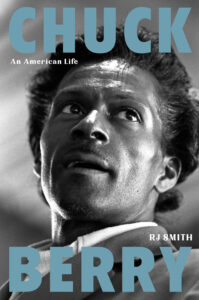 RJ Smith has been a senior editor at Los Angeles Magazine, a contributor to Details, a columnist for The Village Voice, a staff writer for Spin, and has written for GQ, New York Times Magazine, Elle, and Men's Vogue. His book The One: The Life and Music of James Brown was among the New York Times' "100 Notable Books of 2012." His latest book is Chuck Berry: An American Life. Smith lives in Cincinnati. 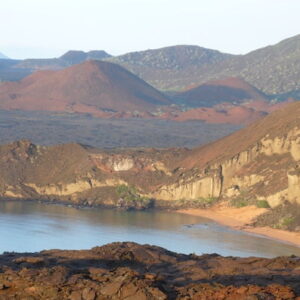 “Wild” is a challenging word. “Wild” is used to describe a misbehaving child, a kick-ass party, a city with traffic...
© LitHub
Back to top
Loading Comments...