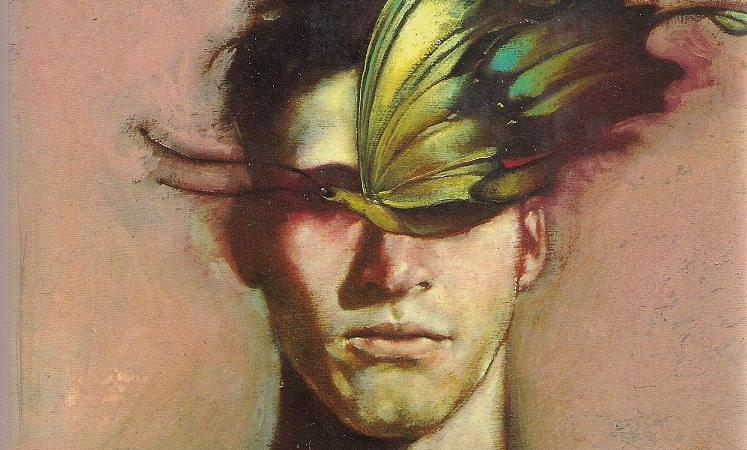 On Buying Books from the Dead

Alexander Chee Finds Himself in an Iris Murdoch Novel

In the last year I was a visiting writer at Amherst College, I found I needed some of Freud’s work on dreams, jokes and memory for a class I was teaching on comics and the graphic novel. I discovered a set of the collected works at Amherst Books in their downstairs used books section—and when I flipped one open, there was the book plate of a senior colleague who had just retired.

The discovery was a little bittersweet—a feeling of “that’s enough of that,” when a professional unloads from their library that which they will never need to read again. I also recalled being at that same store with an older writer who said, as she passed the new books table, her hand pausing on a new collected Joe Orton, “There comes a time when you accept that you will not have time to re-read the plays of Joe Orton.”

By which she meant a plan for the last years of one’s reading life. He was not one of those writers for her.

I didn’t need all of the Freud that day, but I bought the set anyway. I was fond of this professor, and he had been a good friend to me, taken an interest in me and my work. I bought them as a way to remember him but also to remember that sort of kindness.

Used books often have a surprise something extra in them, and it is usually welcome, to me: old boarding passes, a program to a show, a photo, the paper money of other countries, sometimes no longer in use. In a small town, a used books store can also have a sort of slow-moving gossip hidden on the shelves—the book signed by a local author to another local author or scholar, and when you know them both, it works as a strange sort of subtext.

And sometimes, a book, but especially, a collection, is a death announcement.

I was in a used books store the other day, looking for a new-to-me edition of an Iris Murdoch novel. Reading her work has become something of a hobby to me, given there’s so much of it—for some time now, I’ll never have to think What will I read next? The store was in a small town in the Catskills, a little famous here: Bibliobarn Too, the used books sequel to the famous Bibliobarn: a winding series of rooms full of sometimes tipped-over piles of books, with sections like “Novels by Non-novelists” providing an underlying structure that keeps it from being complete chaos. I love used books stores like this one as you can never tell what you’ll find— you go in, hoping to be lucky.

I was disappointed by not being able to find even one copy of an Iris Murdoch novel when my partner, Dustin, said, “Look up.”

There, in a massive stack, perhaps the next one to fall over, looked to be nearly every novel she’d ever published.

Dustin climbed up to take them down. The copies were not pristine, which was a relief to me—I don’t like to buy books I need to be nervous about reading—but many were in good condition due to their library-style plastic book jackets. I climbed up and took a stack down, and as I flipped the books open to browse them, I noticed that the same man’s name was in each book, either stamped in ink, or hand-written.

Whoever it was, I knew right away, was not so careful about his books that he needed them to be perfect, but he most likely lived with someone enough that he needed to identify his books. I had the urge to search his name: A friend recently told me a story about a phone call he’d gotten from a student writer who’d found his name in the front of a book at used bookstore. The student wanted to know the story behind why he’d sold the book. It was an exercise, and funny to think of—there is often at least the faintest story in the books you sell versus the ones you keep. I wondered if I would do the same. If he was alive, I decided to ask him why he’d sold all his Murdoch.

The first search items Google returned were about a local optician, and then a short obituary, two years old. A predeceased male partner was mentioned, and the obituary said his death had been sudden, which saddened me, as he was in his late 60s—he had perhaps only just retired. He had family who had thought to include his partner’s name there—they had loved both men. And, in the photo, he looked like, well, a little like Iris Murdoch, actually.

This made me laugh. I remembered a favorite joke post on the Toast years ago—How To Tell If You’re In An Iris Murdoch Novel. This was like something from an Iris Murdoch novel. I looked at the author photos of her in the books to see if I was right. The resemblance was mostly in spirit: he had the direct, slightly mocking look she often gave the camera. But what if he was he a cousin of Murdoch’s, or some more distant relative? His photo had a squinting taunt, as if he was daring me from beyond the grave to find anything else about him—or was even a metaphysical prank from beyond the grave by the Murdoch herself.

What had his life been like, I wondered, and when had his partner died? And what would Iris Murdoch write for an optometrist character, in New York? Or for me? A novel that begins when a gay writer and his partner find the books of a gay couple who’ve just died? I resisted the urge to look for his partner’s name in the many books around us.

The stack of books before me were now like a trail through the years ahead, but also a trail he had just completed. Looking at them, I glimpsed my Murdochian doppleganger, with his black bifocals, turning the pages.

The bookstore owner has a policy of giving you a steep discount if you buy more than four books. I contemplated buying them all, but Dustin, noticing the expression on my face, said, “You can get some now and come back for the rest.” Our apartment is a little like living in a used books store—one with a piano, a kitchen and a few chandeliers. I risked losing some of the Murdochs I hadn’t read, but there were not, in the end, all of the novels—perhaps someone had gotten there before me. Or perhaps these were only the books the original owner had finished. Maybe he’d bought them used, hoping for the time to read them in the retirement his death cut short?

As a writer, it’s easy to get caught up in the miseries of publishing—anxieties over how much you were paid, whether your copy is correct, how the novel will be received, if the novel is good enough to let go of, to send out into the world. It’s easy to forget that real success looks more like this incomplete collection of used Iris Murdochs: evidence of a reader who, as your books appear, buys them with excitement and keeps them against the day they might read them again. And when the die, they appear here, having survived thanks to the care of the previous owner, to pass on to someone else.

Buying the whole group would be an imperfect tribute to the previous owner, a little too much like I was also marking out, somewhere in the distance, my own death. And it already seemed a little greedy and even morbid to acquire everything in front of me. I know I’ll enjoy searching for just the ones I want each time I want them, but this also conserves my feeling that the time ahead of me for reading is limitless, which seems to me one of the greatest pleasures of books.

So, instead, I cherry picked favorites I didn’t own yet—A Word Child, Under the Net, and The Sea, The Sea—and then chose a few new ones—his copy of The Good Apprentice had the cover I preferred. And then, as we left the store, I silently thanked his ghost for shepherding these books all this way, and made my way home to start reading. 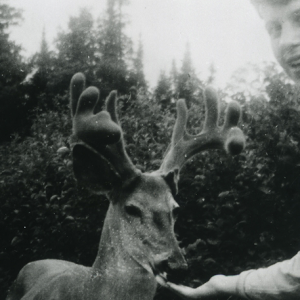 Rupert Thomson goes to the wilds of industrial Russia for book research he won’t use. | Literary Hub Alexander...
© LitHub
Back to top