Via University of California Press

Laura Briggs on This Country's History of Carceral Terror

The public debate about asylum seekers in 2018 and 2019 was raw. Members of the Trump administration and its supporters considered the asylum process a farce, a ruse that allowed people who transparently had no right to be in the United States to enter. Trump’s people regarded them as illegal immigrants who were trying to manipulate the law by calling themselves refugees, and they complained that special rules on the treatment of children made bringing a child with you basically a get-out-of-jail-free card. They celebrated their strategy of deterring “illegals” by taking squalling children from their parents and caregivers, calling it “zero tolerance.” “Womp, womp,” said former Trump campaign manager Corey Lewandowski, mocking in high frat boy form the story of a child with Down’s syndrome separated from her mother. Administration officials made no effort to relieve overcrowding and squalid conditions in Border Patrol shelters that continued to house thousands of children even after a court order demanded the end of the child separation policy. When influenza and mumps ripped through shelters, killing three children, they announced that they would not offer vaccinations.

Activists and journalists who opposed the policy protested in ways that were no less emotional. Protestors held up photos of children and parents separated from each other, downloaded pirated audio of children crying in shelters as Border Patrol officers laughed at them, and carried their own babies to demonstrations. The sounds and images of sobbing mothers and babies torn from their arms were everywhere.

In all this emotion, opponents of the policy in particular were repeating a very old move, reaching directly for historical parallels. Consciously and not, they borrowed one of the most successful tactics from the movement to abolish slavery. They tried to compel any audience they could get to imagine the fear and grief that stalked children and parents at the moment they were separated from each other and for the rest of their lives. They put that vulnerability and terror alongside the ugliness of the political ends of those who took babies and children.

In fact, some critics deliberately pointed out relationships between taking children of asylum seekers at the southwest border and the histories of slavery, Indian boarding schools, Japanese internment, mass incarceration, and anti-Communist wars against civilian populations in Latin America. Lance Cooper, a Flint water activist, tweeted what became a viral image of an enslaved mother reaching for a child being carried away by a white slave trader, writing, “Don’t act like America just started separating children from their loving parents.”

DeNeen Brown wrote in the Washington Post about the parallels: “A mother unleashed a piercing scream as her baby was ripped from her arms during a slave auction,” she said, reviewing an exhibit that the Smithsonian had pointedly put up on the history of child taking. “Even as a lash cut her back, she refused to put her baby down and climb atop an auction block.” Catholic clergy and laity holding a mass protest in a US Senate office building carried large images of children who died in immigration detention in 2018 and 2019, a deliberate echo of the protests in the 1970s and 80s by mothers of the disappeared in Latin America. In Oklahoma, Japanese American, Black, and Native activists protested the opening of a detention camp for immigrant children on the site of a former World War II Japanese internment camp and, before that, an Indian boarding school.

These kinds of activism sought to fill a void in public memory about the history of separating children from parents. One of the refrains that too often punctuated the liberal response to the policy was “This isn’t America. We don’t separate parents and children.” (“There’s nothing American about tearing families apart,” Hillary Clinton tweeted.) This kind of exceptionalist claim for an American moral high ground was as unhelpful as it was untrue.

The national debate was clogged with both forgetting and deliberate disinformation.

On the other side, the supporters of the Trump-era border policy, including the president himself, also gave the policy a false history. Trump insisted dozens of times that the Obama administration had also separated children from parents at the border. Except that it had not. Obama’s administration took pride in the fact that it detained parents and children together. It also deployed other harsh tactics against immigrants and asylum seekers; there was a reason La Raza head Janet Murguía called him the deporter-in-chief. His administration expelled record numbers of immigrants in each of the first five years of his presidency, numbers even the Trump administration did not match. It housed unaccompanied minors at military bases, detained small children and their mothers in camps, urged expedited removal for unaccompanied children without asylum hearings, and even attempted to put children in solitary confinement to punish their mothers for engaging in a hunger strike to protest their seemingly endless detention.

Trump’s misstatement seemed designed to assail Democrats in order to defend his own party. What he was evading was that it was a Republican administration, George W. Bush’s, that had first separated asylum-seeking parents from their children. The Bush administration, as it securitized its immigration and refugee policies after September 11, 2001, also stepped up its punishment of children. It opened the notoriously abusive T. Don Hutto Center in Texas, where children were allegedly beaten by guards, separated from their parents, and held indefinitely until the administration was forced to stop by an ACLU lawsuit. Bush’s predecessors—Reagan, the first Bush, and Clinton—vanished into the haze beyond the horizon of the conversation, although they, too, had put immigrant and refugee children in detention camps.

As a historian, I found the deliberate attempt to sow confusion and the failure of most people to be able to fill in the blanks or correct the misinformation in the public conversation extraordinarily frustrating—and surprising. For decades, I have been writing about events that were not exactly obscure: the taking of children under slavery, in Indian boarding schools, in to the foster care system as a punishment visited upon “welfare mothers,” in anti-Communist civil wars in Latin America, in the moral panic about “crack babies,” and in the context of mass incarceration. In 2012, in a book entitled Somebody’s Children, I even wrote that taking the children of immigrants was the next crisis on the horizon, in the vain hope that a history book could somehow stop it. Gore Vidal once called out the “United States of Amnesia,” complaining about our collective inability to remember even recent history. “We learn nothing because we remember nothing,” he said. But this was something more even than that. The national debate was clogged with both forgetting and deliberate disinformation. 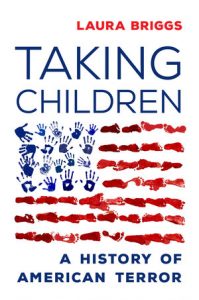 Excerpted from Taking Children: A History of American Terror by Laura Briggs, published by the University of California Press. © 2020.

Laura Briggs, author of Taking Children, is Professor of Women, Gender, Sexuality Studies at University of Massachusetts Amherst. She is the author of How All Politics Became Reproductive Politics: From Welfare Reform to Foreclosure to Trump; Somebody’s Children: The Politics of Transracial and Transnational Adoption; and Reproducing Empire: Race, Sex, Science, and U.S. Imperialism in Puerto Rico.

Natalie Diaz on How Language Intersects With Identity 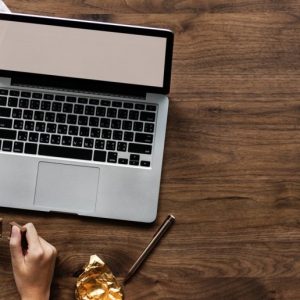 I am about to set a timer and write, when I notice someone is wrong on the internet. They have linked to an article without...
© LitHub
Back to top
Loading Comments...