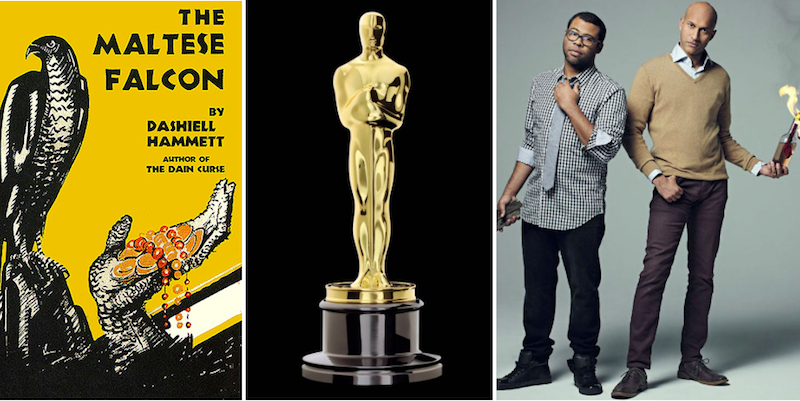 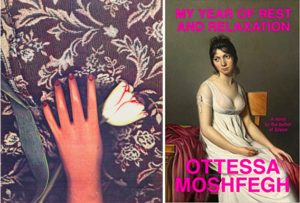 The new Ottessa Moshfegh galley is finally mine, and I plan to make short work of it this weekend. At the Whitney, I’m planning to see “Experiments in Electrostatics: Photocopy Art from the Whitney’s Collection, 1966–1986,” before it closes. The exhibit explores the use of the photocopier as a creative tool, something I always thought about while endlessly photocopying manuscripts in my publishing-intern days (my sole source of joy was every once in a while slipping an errant paperclip or post-it onto the glass before the copy was made…). And as we embark on the longest 20 days before the start of blessed spring, I’m planning to cook a spicy vegetarian curry that I will eat for the next 3 out of 5 days. 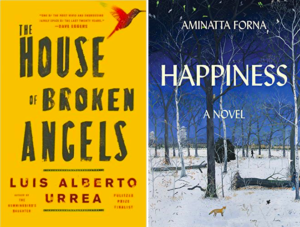 I’m going to be finishing Luis Urrea’s enveloping new epic novel, The House of Broken Angels, which I’m reviewing so I’ll be trying, as ever, to figure out how to explain arc and epic-ness without recapitulating plot, one of the hardest things in writing criticism. I’m late with my review as I’ve been reading Happiness, by Aminatta Forna, a magisterially warm and intelligent novel about chance and trauma and the way kindness can be chance’s accelerant, just as much as bad news. It begins with a fox, too, which puts it way out in front of most books for me these days, which proceed, often, as if we are the only living things on this planet.

My primary cultural activity this weekend will be observing 13-year-olds gaze longingly at each other across a dance floor at my cousin’s bar mitzvah, the first one I will have attended as an adult of legal drinking age—so a momentous occasion for both of us! For the bus ride to and from New Jersey, I’m bringing Christina Stead’s The Little Hotel, the inaugural book I’ve checked out with my (drumroll) brand new library card, a development I cannot stop breathlessly telling people about regardless of the level of their enthusiasm. To close it all out, I’ll be watching the Oscars Sunday night with some friends, deriding their lack of significance in one breath and yet taking offense when my favorites inevitably lose in the next.

Next week our new crime and mystery site, CrimeReads, launches, so chances are I’ll have very little free time this weekend, but what time there is will be dedicated to the Celtics-Rockets matchup Saturday night and the second half of Nathanael West’s The Day of the Locust, which is my novel version of that movie you flip by on cable, tell yourself you’ll only watch a few minutes since that scene in the courtroom is coming up soon, and next you thing you know the credits are running. 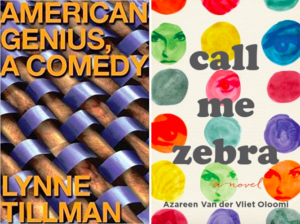 Last weekend I saw Lynne Tillman and Azareen Van der Vliet Oloomi in conversation at Books are Magic, so naturally this weekend I find myself steeped in their novels. I’ve started Call Me Zebra, which I plan to move through slowly and with pencil at hand. Like Bolaño (who Van der Vliet Oloomi referenced as inspiration during the talk), the story is rich with references to favorite authors of the past, and I’m looking forward to cataloging them as I go along. In anticipation of Tillman’s forthcoming novel, I’m planning on reading American Genius, A Comedy. And if this good weather holds out, I’ll be doing most of my reading on a bar patio with beer in hand. 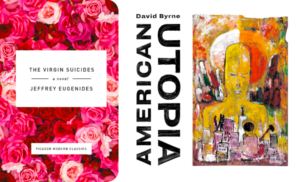 This morning, on a whim, I re-read the first few pages of The Virgin Suicides, and was immediately sucked into its creepy, saturated prose. I doubt I’ll be able to stop now. Plus, David Byrne’s American Utopia (his first solo album in 14 years) is now officially streaming, so I’ll probably spend some time listening and deciding what I think about it. That’s probably what I’ll do instead of watching the Oscars—though I will look at all the dresses the morning after. I will spend no time deciding what I think about those. My gut reactions will be final, and devastating.

This weekend I’ll be tearing in to Ruth Ware’s upcoming twisty mystery, The Death of Mrs. Westaway. I’m only a few pages in, but already it features the same wicked cleverness, strong sense of atmosphere, and unreliable narration that have earned Ware comparisons to Agatha Christie. I’ll also continue my marathon rewatch of Key and Peele, and possibly never watch another TV show again, because nothing could possibly match the brilliance of this comedy duo. And speaking of comedy, I’ll also be checking out the Onion’s new parody true-crime podcast A Very Fatal Murder as I gear up for the launch of CrimeReads, Lit Hub’s new mystery and thriller vertical, next week.

Twice in my life I have started, and failed to finish, Dashiell Hammett’s iconic 1930 detective novel, The Maltese Falcon—not because I lost interest (it’s amazing, so that would be impossible) but because I lost the book (first on a train in Slovenia, and then again some years later on a bus in Dublin). For this, my latest attempt, I have sworn not to let it leave the apartment until the last page is turned. When that’s done, I might sit down and watch the 1941 film adaptation, because I’ll take any excuse to kick back and watch old Humphrey Bogart movies. On Sunday night, instead of being crushingly bored by, but unable to stop watching, the Oscars, I’m gonna go see Dessa perform her new album at Rockwood Music Hall.

As with most of my colleagues above, I probably won’t watch the Oscars and instead will be digging into some book research—forests, back to the land movements—with The Golden Spruce by John Valliant, The Nature Fix by Florence Williams, Confessions of a Recovering Environmentalist by Paul Kingsnorth, and We Are As Gods by Kate Daloz. (This research will also include some Justin Timberlake videos. Don’t ask.) When not doing that, I’ll be binge-watching The Frankenstein Chronicles on Netflix—my strange, late mother was a Sean Bean completionist, and I like to carry on the family tradition.

The Time Lou Reed Quit Music to Become a Poet 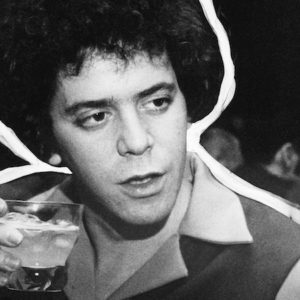 The Time Lou Reed Quit Music to Become a Poet

On March 10th, 1971, Lou Reed read at the at the Poetry Project at St. Mark's Church-in-the-Bowery and announced to the audience...
© LitHub
Back to top
Loading Comments...