via Queers at the End of the World

By Queers at the End of the World

Queers at the End of the World is a thoughtful, nerdy, and very queer conversation on the apocalypse. On the podcast, we discuss classic and contemporary novels, poetry, comics, games, tv-shows, and films that help us understand our dystopian moment—and imagine what could come next.

Nat and Nino discuss Xenogenesis, Octavia Butler’s three-book series about alien invasion, human resistance and survival, alien-human family-making, tentacle sex, colonization, third genders, and so much more. The conversation focuses on consent and compromise, and they’re joined in the first half of this episode by kink practitioner, performer and astrologer E. Wray, who talks with us about consent in kink and the erotics of power.

Nino: Do you think of this as a queer book?

Nat: Asking the hard-hitting questions, and I’m going to answer by equivocating and saying… maybe! Honestly, it is a really complicated question. Because there are moments of deep identification I feel between myself and various different characters in the book, moments where there are angry humans outside, and inside there’s intimacy and exploration and connection, and alien bodies and human bodies. There’s so much in here about bodies, like construct bodies, and how those people in the book are viewed really suspiciously by the humans. Even the Oankali don’t trust the constructs, especially when we get into the third book, and we see ooloi constructs who are characterized as a reproductive mistake.

Which also feels really queer to me! So much of that is here, but then on the flip side, within the characters who are queer, there are non-consensual relationships—this inevitability towards the Oankali completing this generations-long process of trade and assimilating the DNA of the human species. But even those very construct characters are participating in those same non-consensual relationships by seeking out humans and chemically forcing them into these thruples they live in.

Nino: Yeah, yeah—neuromancing you into a thruple.

Nat: I do feel empowered by what E. said to be like, neuromance me into a thruple, please! We can have a fantasy about what it would feel like if that happened. But then if I imagined it happening to the reality version of me, I would be very no.

Nino: Yeah, yeah, fair. That distinction is totally valid and important. I feel like the way you’re entering that question brings up this idea in my mind of how normativity is constructed in these books. We’re looking at this generations-long project over the course of the three books, which is like big Octavia Butler moves to look at something over generations.

Nino: When I think of the first book, what normativity is, there’s this classic sci-fi resistance narrative where the aliens are these colonial overlords that have this project for humans, and then the humans have to make choices about how to resist while also figuring out how to survive again. But because it’s Butler, that’s not just the straightforward, “and then we form the resistance and we all found our guns on Earth and set up our fort!” Instead, it’s got these super complicated moments of the mob at the living wall, while there’s queer sex happening inside that’s sort of non-consensual. It’s just not that thing.

Subscribe now to Queers at the End of the World on iTunes, Spotify, or wherever else you find your podcasts!

E. Wray is a 32-year-old, white transgender performer and storyteller from East Tennessee, based in NYC. Find them at ewrayastrology.net.

Queers at the End of the World

Queers at the End of the World is a thoughtful, nerdy, and very queer conversation on the apocalypse. On the podcast, we discuss classic and contemporary novels, poetry, comics, games, tv-shows, and films that help us understand our dystopian moment - and imagine what could come next. 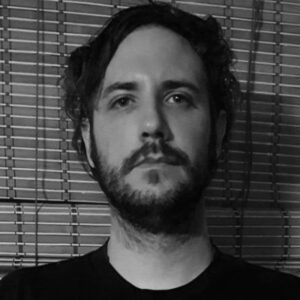