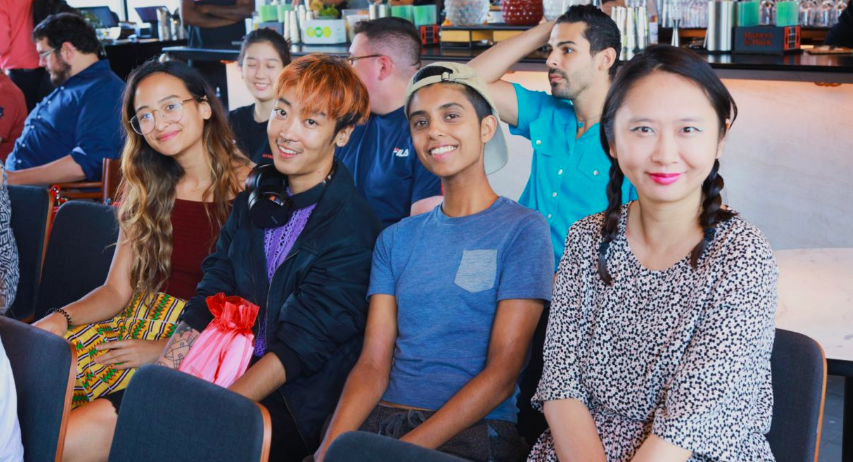 Ocean Vuong (and his mom) steal the show at the second biannual Asian American Literature Festival.

All photos courtesy of Hannah Colen.

Held in Washington D.C., the Second-Annual Asian American Literature Festival took place this year at multiple locations including the Library of Congress, the Smithsonian Freer|Sackler Galleries, and kicked off at Franklin Park down the street from the Eaton DC where the majority of the readings and panels took place. The festival is made possible by the Smithsonian’s Asian American Pacific Center, in partnership with numerous organizations including Kundiman, Kaya Press, and the Asian American Literary Review.

This year’s festival theme—care and caregiving—was deeply felt throughout as everyone seemed to come together in a spirit of shared joy, and shared grief, a mood established by the Poets’ Peace Breakfast, which featured poems read by the likes of Yanyi, Carolina Ebeid, Prageeta Sharma, and Ching-In Chen. Particularly memorable was the opening invocation by Ching-In Chen who spoke about the poem they were sharing, one that allowed them to be included in a family wedding; a fitting testimony—to a poem that made space for inclusion—for an event that was open to all.

Poets and writers like Arthur Sze, Kazim Ali, Gerald Maa, Rajiv Mohabir, and Dorothy Wang urged us to think on how we, as Asian Americans, use language to articulate identity, which is one reason I was excited to attend the Pacific Islander Poetry Reading hosted by Kundiman, with Christopher Diaz, William Nu’utupu Giles, and Lee Kava. At the heart of this reading was the question “what is sacred and how do we protect it,” which was posed (and addressed) in the delivery of the poems along with the lively participation of the audience.

Continuing in the same vein were events like the VS Podcast Live held on the rooftop of the Eaton featuring superstars Sarah Gambito, Joseph Legaspi, and Cathy Linh Che, hosted by the illustrious Danez Smith and Franny Choi. The warmth and laughter of this reading carried over to Queer Literoake the following night, emceed by the incomparable Dan Lau, and featuring an incredible gathering of poets and writers like Wo Chan, Mimi Khúc, Jericho Brown, Kristen Arnett, Kazim Ali, Gowri K., Ricco Siasoco, and Regie Cabico.

I carried this energy with me into the Kundiman Mentorship Fellows Reading, moderated by the one and only Kyle Lucia Wu, and featuring myself alongside this year’s fellows and our awe-inspiring mentors J. Mae Barizo, T Kira Madden, and Bushra Rehman.

On top of the festival events I also had time to explore the Literary Lounge, where I had the opportunity to send letters to imprisoned writers as part of the Asian American Writers’ Workshop: A World Without Cages. There were also numerous workshops, like the Wikipedia Edit-a-Thon centered around increasing the visibility and accessibility of Asian American literature. As Cathy Linh Che mentioned, there is “a need to write into silence,” to create a sense of integrity in the language/s we choose to learn and speak with a renewed sense of place, present in its multiplicities of culture, race, ethnicity, language. Like a lot of what was touched upon during the Intimate Lectures and Secret Histories talks at the Library of Congress, it is when we choose to interact with our own pasts that we begin to hear the stories the need to be heard now.

That there needs to be an openness in the way we engage with community and how we choose to do this work of sharing was clear as well. Lawrence-Minh Bùi Davis, the curator of the Smithsonian Asian Pacific American Center, told me that the way the organization does not operate under traditional hierarchies was key to the preservation and growth of Asian American literature. This was also clear in the live and continuous screenings of “Queer Check-In” Video Poems curated by Franny Choi and co-produed by the Smithsonian APAC and Kundiman as part of the digital exhibition A Day in the Queer Life of Asian Pacific America. I also had a chance to talk with mayx, a music-maker and artist who curated the Queer/Trans Ghost Stories.

The idea of survival is perhaps what came through the strongest on the last day of the festival. Not only was it addressed in a panel on Refugee/Immigrant Poets in the USA featuring Ocean Vuong, Ilya Kaminsky, Kaveh Akbar, Mai Der Vang, and Carolina Ebeid, it was also showcased in and during Sally Wen Mao’s phenomenal poetry reading and performance.

The moment we were all waiting for arrived when as the festival came to a close with Ocean Vuong’s reading from his debut novel On Earth We’re Briefly Gorgeous. But what truly brought down the house was when Vuong introduced his mother Rose, who worked in a nail salon for 25 years, and spoke about a commonality among successful Vietnamese Americans, many of whom have a lineage of service workers behind them. “Because they spend day in and day out putting their heads down, we can hold our heads up.” Rose was given a standing ovation. 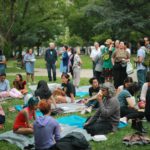 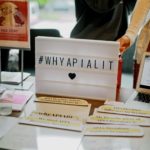 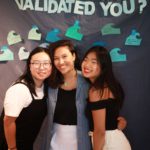 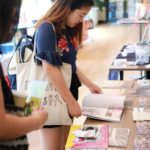 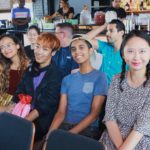 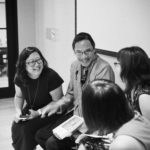 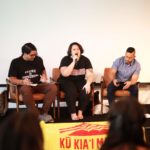 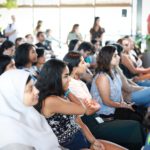 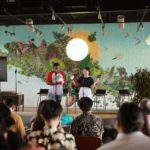 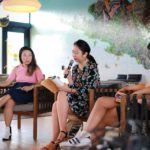 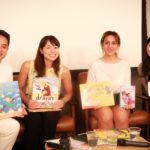 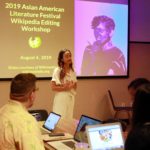 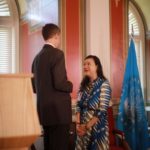 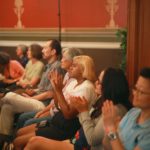 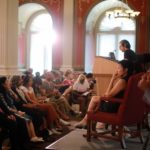 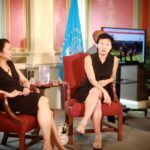 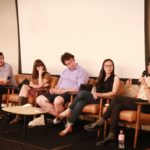 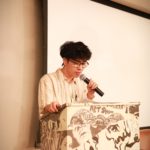 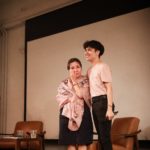 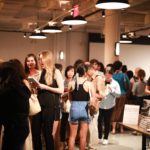