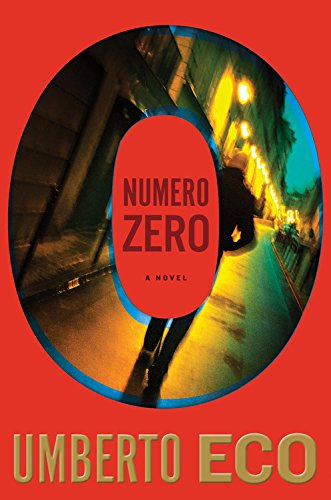 The following is from Umberto Eco’s novel, Numero Zero. Eco is the author of five novels and numerous essay collections, including The Name of the Rose, The Prague Cemetery, and Inventing the Enemy. He received Italy's highest literary award, the Premio Strega, was named a Chevalier de la Légion d'Honneur by the French government, and is an honorary member of the American Academy of Arts and Letters.

No water in the tap this morning.

Gurgle, gurgle, two sounds like a baby’s burp, then nothing.

I knocked next door: everything was fine there. You must have closed the valve, she said. Me? I don’t even know where it is. Haven’t been here long, you know, don’t get home till late. Good heavens! But don’t you turn off the water and gas when you’re away for a week? Me, no. That’s pretty careless. Let me come in, I’ll show you.

She opened the cupboard beneath the sink, moved something, and the water was on. See? You’d turned it off. Sorry, I wasn’t thinking. Ah, you singles! Exit neighbor: now even she talks English.

Keep calm. There are no such things as poltergeists, only in films. And I’m no sleepwalker, but even if I had sleepwalked, I wouldn’t have known anything about the valve or I’d have closed it when I couldn’t sleep, because the shower leaks and I’m always liable to spend the night wide-eyed listening to the dripping, like Chopin at Valldemossa. In fact, I often wake up, get out of bed, and shut the bathroom door so I don’t hear that goddamn drip.

It couldn’t have been an electrical contact (it’s a hand valve, it can only be worked by hand), or a mouse, which, even if there was a mouse, would hardly have had the strength to move such a contraption. It’s an old-fashioned tap (everything in this apartment dates back at least fifty years) and rusty besides. So it needed a hand. Humanoid. And I don’t have a chimney down which the Ourang-Outang of Rue Morgue could have climbed.

Let’s think. Every effect has its cause, or so they say. We can rule out a miracle—I can’t see why God would worry about my shower, it’s hardly the Red Sea. So, a natural effect, a natural cause. Last night before going to bed, I took a sleeping pill with a glass of water. Obviously the water was still running then. This morning it wasn’t. So, my dear Watson, the valve had been closed during the night—and not by you. Someone was in my house, and he, they, were afraid I might have been disturbed, not by the noise they were making (they were silent as the grave) but by the drip, which might have irritated even them, and perhaps they wondered why I didn’t stir. And, very craftily, they did what my neighbor would have done: they turned off the water.

And then? My books are in their usual disarray, half the world’s secret services could have gone through them page by page without my noticing. No point looking in the drawers and opening the cupboard in the corridor. If they wanted to make a discovery, there’s only one thing to do these days: rummage through the computer. Perhaps they’d copied everything so as not to waste time and gone back home. And only now, opening and reopening each document, they’d have realized there was nothing in the computer that could possibly interest them.

What were they hoping to find? It’s obvious—I mean, I can’t see any other explanation—they were looking for something to do with the newspaper. They’re not stupid, they’d have assumed I must have made notes about all the work we are doing in the newsroom—and therefore that, if I knew anything about the Braggadocio business, I’d have written it down somewhere. Now they’ll have worked out the truth, that I keep everything on a diskette. Last night, of course, they’d also have been to the office and found no diskette of mine. So they’ll be coming to the conclusion (but only now) that I keep it in my pocket. What idiots we are, they’ll be saying, we should have checked his jacket. Idiots? Shits. If they were smart, they wouldn’t have ended up doing such a scummy job.

Now they’ll have another go, at least until they arrive at the stolen letter. They’ll arrange for me to be jostled in the street by fake pickpockets. So I’d better get moving before they try again. I’ll send the diskette to a poste restante address and decide later when to pick it up. What on earth am I thinking of, one man is already dead, and Simei has flown the nest. They don’t even need to know if I know, and what I know. They’ll get rid of me just to be on the safe side, and that’s the end of it. I can hardly go around telling the newspapers I knew nothing about the whole business, since just by saying it I’d make it clear I knew what had happened.

How did I end up in this mess? I think it’s all the fault of Professor Di Samis and the fact that I know German.

What makes me think of Di Samis, a business of decades ago? I’ve always blamed Di Samis for my failure to graduate, and it’s all because I never graduated that I ended up in this mess. And then Anna left me after two years of marriage because she’d come to realize, in her words, that I was a compulsive loser—God knows what I must have told her at the time to make myself look good.

When An Author You Translate Gets Death Threats 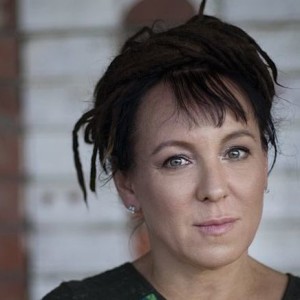 When An Author You Translate Gets Death Threats Acclaimed Polish writer Olga Tokarczuk has received a steady stream of hate mail and even death threats after questioning...
© LitHub
Back to top