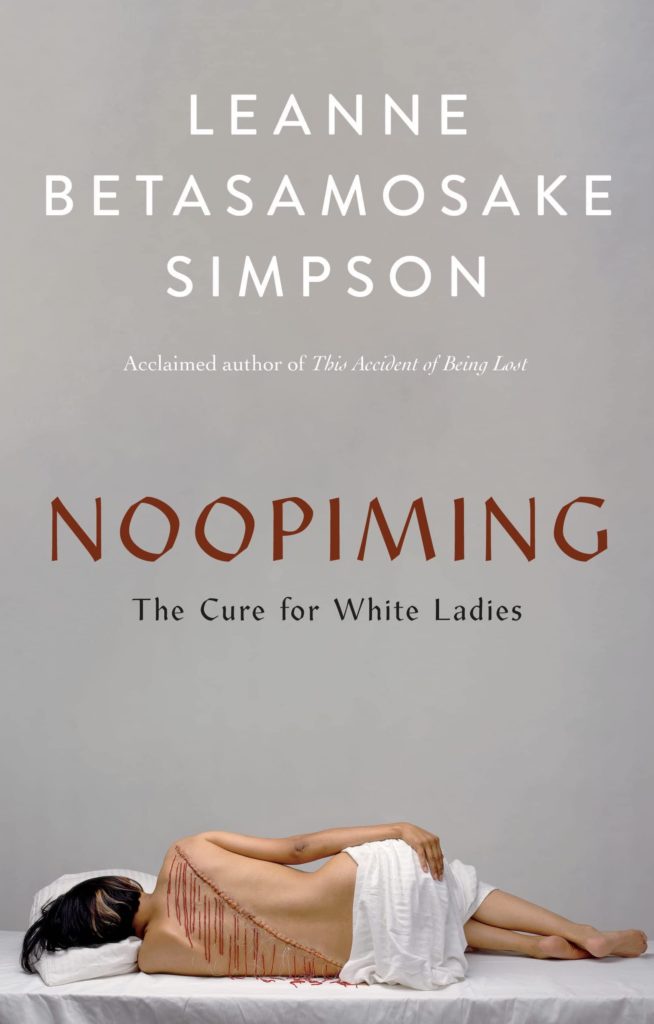 The following is excerpted from Leanne Betasamosake Simpson's latest novel, Noopiming, about Anishinaabe life and traditions during the thralls of colonialism. Simpson is a Michi Saagiig Nishnaabeg writer, scholar, and musician. A member of Alderville First Nation in Ontario, she is the author of several books, including As We Have Always Done. Her latest album, The Theory of Ice, will be released in 2021.

Once you move through cold, there is pacific.

Once you move through pacific, there is placid.

Once you move through placid, there is a condition of expanse.

And it was that condition of expanse that held me.

I heard them singing above me:

The singing and drumming came every night, from a distance. Different choirs every evening at dusk, marking the passage of time, reminding me there is still love.

You see, tragedy happened again. The details don’t matter because the details are hopeless, overwhelmed, shut down.

Know this: After two years, the best parts of me are still frozen in the lake—my limbic system; its best friend, the prefrontal cortex; and the hollow, pumping organ in which I keep benevolence. The only one that regularly comes to visit is Akiwenzii. In the winter they park their truck on the ice, drill a hole with the auger in the ice and fish until the cold makes their bones crack. As soon as the ice is off the lake, Akiwenzii is back in their boat, with a torch and a sort of pitchfork for spearing pickerel. In the dead of summer, Akiwenzii sneaks back before first light in their canoe, before the cottagers and their jet skis are out. In the fall, they sprinkle tobacco around me and sing.

Once you move through cold, there is pacific.

My world is muted. I look out. If something upsets me, I just wait, and the upset passes. I sit beside. Sometimes, I remember the other me, before I was frozen in the lake. I remember caring and engaging and the sharpness of unmuted feeling. I remember hopeless connection.

I don’t feel stuck, in part because I don’t feel anything. Their song isn’t wrong, the ice is like a warm, weighted blanket. My form dissolved when tragedy came and if I am fluid, the ice is container.

There are ashes in my eyes.

I am so far inside myself. Like miskwaadesi on a full fast inside time, pulled inside their organs, inside their turtle shell, inside the sediments of the lake, while the iceworld forms on top, oblivious to the outside with body as lake.

And there is solace in being cut off.

And there is freedom enmeshed within that state.

Know this: Being frozen in the lake is another kind of life.

Know this: Visiting is more of a dance than an event.

Sabe is my marrow.

Adik is my nervous system.

Asin is my eyes and ears.

Lucy is my brain.

I believe everything these seven say because ice distorts perception, and trust replaces critique, examination and interrogation.

I believe everything these seven say

I believe everything these seven say

their truths are their own,

I believe: In the absence of my own heart,

I will accept the hearts of these seven.

The geese fly overhead in the sheer grace of a carefully angled formation designed to take them elsewhere.

There are still stars.

There are still stars.

Mindimooyenh counts their steps in their head. Every day. All day long. They also make lists on scrap paper, cut coupons, shop all the grocery store chains by taking the bus, studying the flyers and buying only what is on special that week. All of their produce comes from the dead-vegetable bin, which is the place in the grocery store where rotten fruit and vegetables are packaged up and sold for a discount. Mindimooyenh calls the specials “bargoons.” Nothing makes Mindimooyenh happier than a bargoon.

Sabe has been sober for over a year now. Completely sober, as in no drinks and no funny business, not just an absence of inebriation.

Mindimooyenh does their work alone, except when it is a “two per customer” situation. Then we all get dragged to wait in separate lines with baggies full of loonies.

One day Mindimooyenh finds a pair of ugly brown high-tech hiking boots on sale for $29.99 in the Mark’s Brothers Work Wearhouse flyer.

They say, “I know.” So they take the bus to the store, but when they get there, the Mark’s Brothers does not have their size in the $29.99 model, only the $32.99 model. Now, Mindimooyenh can afford the extra three dollars easy. Instead, they get the $29.99 ones in a toosmall size, because the sheer joy of the bargoon outweighs the pain of too-small shoes, and who do I think I am waltzing around the reserve with shoes that cost $32.99 anyway.

“I just shut my feet off when they hurt,” they say.

Sometimes Sabe goes with Mindimooyenh, but Mindimooyenh is hard to keep up with and the nervous energy is jolting and exhausting.

Sabe has a tendency to show up at dramatic times and then disappear through the normal. Sabe thinks no one notices, because they don’t seem to notice, but that’s not true. It is just something Sabe tells themselves. Everyone notices when they are not there, which is most of the time.

Sabe makes a point of showing up at the sweats, and for Lucy’s fasts. Sabe keeps an eye on Ninaatig. They usually run into Adik on the trail. They see Akiwenzii mostly in ceremony. Mindimooyenh is harder. Mindimooyenh is always moving around, busy, and to be honest, Sabe doesn’t like the run-ins with them anyway. They tend to be a harsh mirror of things Sabe doesn’t particularly like about themselves.

Sabe has been sober for over a year now. Completely sober, as in no drinks and no funny business, not just an absence of inebriation. It was not necessarily a struggle to stop. They are calmer now and they can sleep through the whole night. They can eat cake because their beer gut vanished. Their serotonin levels are up so they are not depressed and anxious all the time. They have a lot more time on their hands. They are relearning things like fun and happy and how to talk basic-human with basic humans about nothing.

The only real downside is that Sabe spends more time alone and more time in their head than before. They have less patience for people. They have to find benevolence in different places and then really focus and sort of lie, collecting it up and storing it in their hiding spot. 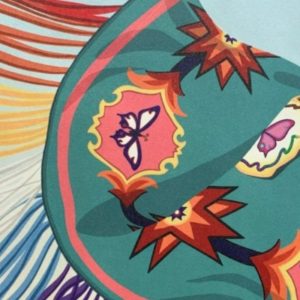 Ancestor Approved: Intertribal Stories for Kids Edited by Cynthia Leitich Smith, Read by Kenny Ramos and DeLanna Studi Every Monday through Friday, AudioFile’s editors recommend the best in audiobook listening. We keep our daily episodes...
© LitHub
Back to top