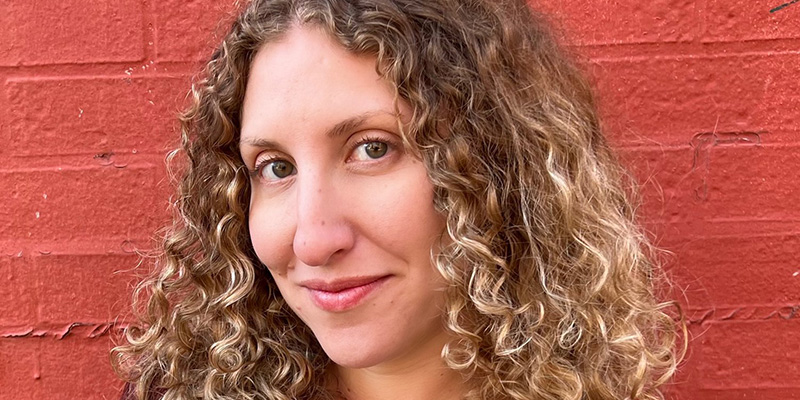 Nona Willis Aronowitz on Why Bad Sex… Is Bad

This week on The Maris Review, Nona Willis Aronowitz joins Maris Kreizman to discuss her new book, Bad Sex: Truth, Pleasure, and an Unfinished Revolution, out now from Plume.

The gap between our expectations for sex and our actual sex has never been bigger. Like, people keep asking me, “Is sex worse than ever?” And to that I say no, definitely not. It was way worse in moments in history when people didn’t care about women’s pleasure or there wasn’t much education about what created that pleasure. We have all of the tools and all of the resources and all of the information, all of the sexperts and empowerment and confidence to have good sex.

And yet, there are still so many ways that it can go bad. So there’s this cognitive dissonance. There shouldn’t be any reason why we have bad sex or bad relationships, or good sex that eventually goes bad. And yet we do. What I explore in the book is that it’s partially because of human messiness that that’s the case and just the nature of sex itself. And then it’s partly because of really stubborn, deeply entrenched cultural norms.

*
On the real meaning of pro-sex feminism:

Pro-sex feminism was actually coined by mother to mean… It’s really hard to know exactly what it meant at the time. I know what she wrote in a piece about it, that the discovery of desire and sexual freedom was an intrinsic part of women’s liberation, in short. And I think sex-positivity is like the uncanny valley of the earlier term because even thought it essentially means the same thing, it’s more consumerist, it was coopted by people who wouldn’t necessarily call themselves feminists, and both pro-sex feminism and sex positivity exist in a persistently misogynist world. So neither of them are super functional. They’re both aspirational. And if you’re a sex positive feminist that doesn’t acknowledge that barrier, then you don’t have a very deep analysis of the situation.

*
On the limits to revealing about oneself on the page:

Even in my mother’s era when she was writing in the 70s, there was more room for a deep, contradictory, multilayered female experience. But as I learned from her diaries, all kinds of other stuff was going on. She can claim her privacy, that’s fine too. You don’t always have to spill your entire heart on the page. But I am surprised that she didn’t write more about my father’s and her relationship. Because it was really complicated and it did butt up against a lot of these contradictions.

My dad was by all accounts a feminist man, but had to become one over many years. And he had some characteristics, until the day he died, that wouldn’t be feminist at all. He was born in the 30s and socialized in the 50s, and you can take the misogyny out of the man but you can’t take the man out of the misogyny. So I would have loved for her to have explored that, but I guess she wanted to keep that private because it was her current relationship. And as I discovered when I was writing about my current relationship, there’s definitely a limit to how much I wanted to reveal because it’s still happening.

Nona Willis Aronowitz is the sex and love columnist for Teen Vogue. Her work has been published in The New York Times, The Cut, Elle, Vice, The Washington Post, and Playboy, among many others. She is the coauthor of Girldrive: Criss-Crossing America, Redefining Feminism. She is also the editor of an award-winning anthology of her mother Ellen Willis’s rock criticism, called Out of the Vinyl Deeps, as well as a comprehensive collection of Willis’s work, The Essential Ellen Willis, which won the National Book Critics Circle Award for Criticism. 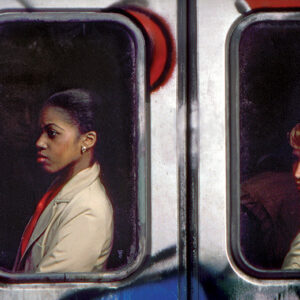 With a single snap of the shutter, Martha Cooper captured the searing rush of seeing a whole car make its debut on the line...
© LitHub
Back to top