“No One Is Available” 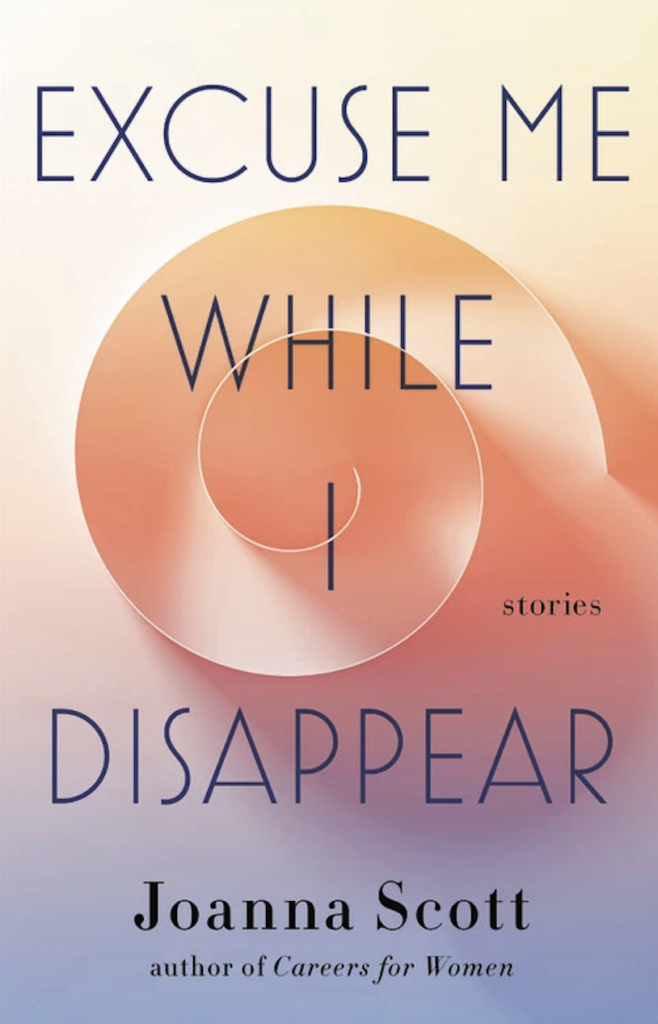 The following is a short story which appears in Joanna Scott's latest short story collection, Excuse Me While I Disappear, about the universal struggle to connect. Scott is the author of ten novels, including The Manikin, a finalist for the Pulitzer Prize. Her awards include a MacArthur Fellowship, a Lannan Literary Award, a Guggenheim Fellowship, among other honors. Scott is the Roswell Smith Burrows Professor of English at the University of Rochester.

My friend Alexander, a retired physics professor, could be found on any given day wandering among the stacks of the library, selecting books at random. He read law journals, outdated computer coding guides, chapbooks of poetry from the 1800s, forgotten novels, memoirs of kings and explorers and prostitutes, books about subjects as varied as Byzantine mosaics, Victorian prisons, clock repair, and Scottish epitaphs. His favorite place to while away the seasons was the library basement, tucked in at a wooden carrel thickly carved with obscenities and pronouncements of love.

During his prime years as a scientist, he concentrated his research on the aerodynamics of raindrops, though he never did more than confirm results from other physicists’ experiments. He had a lover who died of cancer in 1985, and he has been single ever since. For pets he hosted generations of goldfish. He used to play tennis regularly, but in his emeritus years he was content just to sit and read all day. When we met for our daily pint, he held forth on what he had read most recently, describing content in fascinating detail without ever seeming boorish.

I suppose it makes sense that a man who was such a passionate reader would one day decide to write a book himself. But though I pressed him on it, he refused to tell me what his book was going to be about, even whether it was to be based on fantasy or fact. Perhaps he intended to write a novel in verse, I joked, receiving in reply no more than a shrug. Was there one particular work that had lit the fuse of his ambition? He wouldn’t say. I pointed out that all his writing up to that point had been done for scientific journals and in collaboration with his fellow researchers; he’d never written anything on his own. It didn’t matter. Once he’d made up his mind he was fully dedicated to the notion.

He gave up the library carrel and set up his office in his house. He purchased an antique pedestal desk with stacked drawers, sharpened the points on a dozen No. 2 pencils, fixed corner tabs on his desk to frame a composition book, and opened to the first page. He knew what he wanted to write but had no idea how to begin. Now, with everything in place, my friend waited for the first words to come to him. He waited patiently through the whole day. He waited in the same fashion the next day. Days turned to weeks, and he was still waiting.

Three months later, he woke early, before his alarm clock went off. It was an overcast morning, and the grayness muted the brightening dawn. Alexander knew immediately what he would write; indeed, he saw his book in his mind word for word, as if the whole of it were contained on a chalkboard in front of him, like a mathematical solution. He could hardly wait to get going, though he also knew the importance of patience. With methodical care, he made himself rich dark coffee using Japanese paper and a porcelain filter. He ate a buttered English muffin, with penny slices of banana on the side. He used the toilet, then showered, brushed his teeth, exchanged his bathrobe for jeans and a T-shirt, and went up to his office.

He turned on the overhead light and situated his chair appropriately. A bamboo shade covered the upper half of the room’s single window. It might or might not be significant that the dictionary on the left side of his desk happened to be open to the page ending with the word charismata, and a magnifying glass placed at an angle over the page captured half of the long definition of the word charge.

My friend Alexander, a retired physics professor, could be found on any given day wandering among the stacks of the library, selecting books at random.

He rolled a pencil fondly between his thumb and forefinger. He touched the tip to the paper. He wrote, “As she looked up at the arms of the masthead . . .”

And then the phone rang, the sound like boiling water dumped on his head. The tip of the pencil broke. The phone kept ringing and ringing. Alexander picked up the receiver.

A misfiring robotic voice announced, “No one is available to take your call at the moment,” an attempt, it appeared, to field an inquiry that had never been initiated.

He was normally an upbeat fellow and wasn’t used to feeling so annoyed. He tried to resume where he’d left off, but now he could hear children cannonballing into his neighbor’s pool, along with the whirring and beeping of a truck collecting refuse on the street. No matter how hard he tried through the hours and days that followed, he couldn’t recover a single word. The book he had barely started was lost forever.

Have you ever been interrupted in your work? Do you know what it feels like when your concentration is shattered by unwanted interference, and the thread of a promising idea is snapped? Has a person like the person from Porlock ever knocked on your door, as he reputedly did at Coleridge’s cottage in Nether Stowey, perhaps, it’s been speculated, to deliver laudanum, or maybe to collect on a debt? Have you never, like my friend, or Coleridge, dreamed of something more perfect than anything you could have come up with when you were awake? Can we even claim that Coleridge’s intended poem truly exists in its incomplete state? Isn’t it more accurate to say that the poem resulting from the interruption is a wholly different poem from the one Coleridge would have written if he’d been left alone, and that the unwritten “Kubla Khan” sits beside the printed version like a long evening shadow?

When Alexander told me about his attempt to write a book, he would assume responsibility not just for failing but for presuming he could be a writer in the first place. It was stupid of him ever to think he could master language sufficiently to fill a whole book. As for the story of his life, he could sum it up in a paragraph. His brain was too packed with equations to allow much room for his personal memories. He was a numbers guy, and while he admired the ingenuity of writers, verbal manipulation was never his thing. It had always bugged him that dictionaries are so fat, there are so many different words with interchangeable meanings, and anyway, readers are understandably impatient, no one lingers over every painstakingly thought-up sentence, in truth he hadn’t wanted to waste even a fraction of his life on something that probably would have resulted in public embarrassment, and when the phone rang he was already looking for a reason to turn back before he was too far gone. All in all, he said, he was grateful for the interruption. From then on, he would stick to science.

Have you ever been interrupted in your work? Do you know what it feels like when your concentration is shattered by unwanted interference, and the thread of a promising idea is snapped?

“Give me dry friction,” he shouted on the one occasion he got visibly drunk. “Give me centripetal acceleration! Give me gravity and torque and incontrovertible data!”

We clinked pints, laughing together at his foolishness. I have to admit, though, that even as I was sucking foam from my beer I was wondering if maybe my friend underestimated himself. I would have liked to read what he came up with. I wonder what he would have revealed if he had gone on to write a book. I know this man. I have experience of his brilliance, his supple, open-minded approach to problems, his vivacity, his sensitivity. I keep trying to guess what he would have written. Would he have offered a new way of thinking about familiar experience? Could it be that his research on raindrops would have given him a unique insight into life? I guess we’ll never know.

Excerpted from Excuse Me While I Disappear by Joanna Scott. Copyright © 2021. Available from Little, Brown & Company, an imprint of Hachette Book Group, Inc.

The Last Garden in England by Julia Kelly, Read by a Full Cast 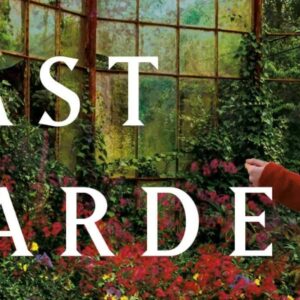 The Last Garden in England by Julia Kelly, Read by a Full Cast Every Monday through Friday, AudioFile’s editors recommend the best in audiobook listening. We keep our daily episodes...
© LitHub
Back to top