“No freedom in these ruins.” Four Poems of War by Marianna Kiyanovska

Translated, from the Ukrainian, by Amelia Glaser and Yuliya Ilchuk

“Wars are now also living room sights and sounds,” wrote Susan Sontag twenty years ago. As the war in Ukraine continues, some of us question our role as spectators. What is the boundary between empathy and voyeurism? How does one speak out on behalf of others’ past or present pain without appropriating it?

The Ukrainian poet Marianna Kiyanovska has long engaged with these questions. Her 2017 cycle, The Voices of Babyn Yar (just published in Oksana Maksymchuk and Max Rozochinsky’s translation as The Voices of Babyn Yar described the mass murder of tens of thousands of Jews by Nazis outside Kyiv in 1941. Some of the poems channel the voices of the dead. Others emphasize the horror of the killing ground by slipping into folk motifs and nursery rhymes.

After presenting the horror of the massacre in a nursery rhyme, Kiyanovska reminds us that the twenty-first century author is part of the collective story:

this is the poem with which I scream
I can do only this, nothing else

–Translated, from the Ukrainian, by Oksana Maksymchuk and Max Rozochinsky.

Kiyanovska has explained that her first poems about Babyn Yar began as attempts to describe the Donbas war. “In July 2016, I started writing poems about Donbas,” She said in a 2020 interview, “I wrote a poem and posted it, it was perceived as a tragedy in Babyn Yar.” Her poems about the Holocaust may have been born of contemporary war poems, but they are also statements about collective responsibility. Ukraine is made up of many disparate groups, groups that have come into conflict, groups that have, explicitly or inadvertently, caused each other harm. Kiyanovska’s Ukrainian poetry of others’ struggles are arguments for a pluralist understanding of Ukraine, past and present.

Kiyanovska, who has made clear on several occasions that she is not Jewish, learned, as an adult, that her native Zhovka, in Western Ukraine, was a site of the 1941 “Holocaust by Bullets.” Since the 2013-14 Maidan “Revolution of Dignity,” she has reiterated the importance of viewing Ukraine not as an ethnic nation, but as in the first person plural: “all this is actually ‘we,’ it’s a multilevel ‘I.’”

Around the same time she published her Babyn Yar book, Kiyanovska wrote a cycle of poems about Crimea. Here, as in Babyn Yar, the foreign world of Crimean Tatars sometimes appears as a fairy tale.

Here, as in Babyn Yar, Kiyanovska’s poetic voice enters to claim responsibility for a world that includes her:

Throughout the Spring of 2022, Kiyanovska has posted poems to her facebook page about those regions most affected by Russia’s full-scale invasion. Here too Kiyanovska highlights the collectivity of a “multilevel I.” One poem assumes a child’s voice to describe a missile strike in lines that are all the more brutal for their childish rhyme scheme and rhythm:

it’s our very last moment of silence
we’ve already had four
Three times since this morning: sirens
we all ran out the door
we knew Tanya’d run ahead
but the bomb buried everyone
Tanya, missing a leg, lies dead
still in kindergarten

Kiyanovska has recently written ekphrastic poems based on Khrystyna Valko’s digital graphic poster art. One poem accompanies a portrait of a heart, trapped in a brick wall, an homage to Mariupol:

This Mariupol is a violated, animate being. It is a body with blood, tears, and veins, dismembered and profaned by the atrocities of war. These lines open with the phonetic association between “guilt” (vyna) and “war” (viina). The string of painful images, lacking any punctuation, approximates the emotional pace of perceiving the city’s unfathomable losses. Another recent poem accompanies Valko’s poster to encourage blood donation. Kiyanovska reduces language to its simplest connections, using the verbal associations of blood and love to redraw the meaning of a Ukrainian community, one connected through the act of giving blood: “‘donor’ can translate to ‘love’”.

The “multilevel I” that Kiyanovska attempted to articulate with her Babyn Yar cycle in 2017 has become a way of understanding kinship among linguistically, geographically, and ethnically diverse Ukrainians in a time of war. Kiyanovska’s ongoing poetics describes a radically new understanding of identity: today, she asserts, Ukrainians should not be bound by ethnic blood-lines, but rather (tragically, heroically) by spilled blood. This is part ten in a series on contemporary poetry from Ukraine.

I was just passing through on the way to Koktebel
because I’ve always flown over Tykha Bay – Calm Bay – but never over the slave market
and I suddenly thought what is Kafa like now?
palimpsests of annexations rewritten on cowhide
and what was Godgiven was and will be and is given by God
skulls will lie in basements blood will flow in veins
in 1616 the Zaporizhians in their chaika boats made history too
and with Peter Sahaidachnyi they returned to Kafa
I’m in a cafe beyond help now its 2016 and I’m losing my mind
madness isn’t just rhetorical
Crimea’s like Rome not the Third Rome and not the Second
or the first the Krym-Rym anagram’s far from complete
the calves lack air their hides rewritten
Calm Bay if you really think about it is still calm
everyone else went off to the front
three years now I’ve mourned Crimea with tears invisible to the outside
I mourn Kafa’s forty mosques the Greek Armenian quarter
all the Georgians Bulgarians Serbs Romanians
all the dolphins and fish
sacrificed when everyone else went off to the front
and to heaven’s basements

the two simplest words blood love
the two oldest words bread and salt
good and dear forever and again
air and alarm time and pain
war has changed all living words
the rats occupied Soledar
the grass in Bucha froths with blood
A spalax: the last “Russian tsar”
sharing blood’s almost like sharing life
swearing allegiance by mingling blood
love bonds us to the future
so “donor” can translate to “love”
love is patient, love is kind
its comfort lasts longer than death
so “donor” also translates to “soul”
so long as the world is a world and firmament’s firmament
this blood flow’s connected hearts
connected Kherson Donetsk Dnipro and Lviv
the war will end and this truth
will make us all sisters brothers

Marianna Kiyanovska is poet, novelist, translator, and literary scholar based in Lviv, Ukraine. Among her many awards, she was named the European Poet of Freedom in May 2022, was awarded the Shevchenko Prize for literature in 2020, was listed as one of the ten most influential Ukrainian writers by Forbes in 2014, and received the Medal of Merit to Polish culture in 2013. Her work has been translated into over a dozen languages.

Amelia Glaser is Professor of Literature at U.C. San Diego. She is the author of Jews and Ukrainians in Russia’s Literary Borderland (2012) and Songs in Dark Times: Yiddish Poetry of Struggle from Scottsboro to Palestine (2020). She is at work on a book about contemporary Ukrainian poetry and community.

Juvenile Delinquency and the “Sinister Adolescents” of Moonrise Kingdom 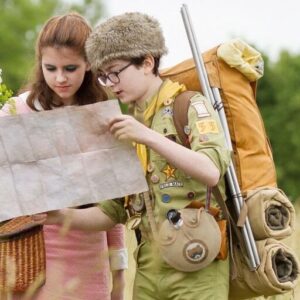 Juvenile Delinquency and the “Sinister Adolescents” of Moonrise Kingdom On September 5th, 1965, the Courier of Waterloo, Iowa ran an article concerning the scourge of juvenile delinquency. The juvenile...
© LitHub
Back to top