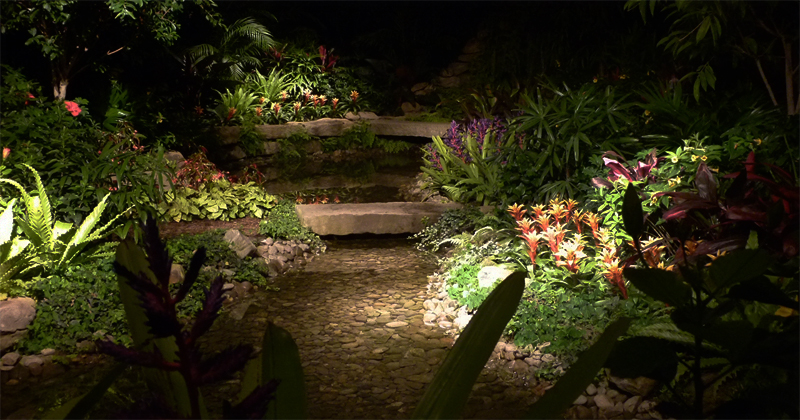 I heard the barking at 6:30 or 7. It had been a long, hot day, and evening was a relief. I was cooking dinner.

I knew Neela’s voice well: the bright happy barking that he threw out in greeting, the little yips of pleading for a treat or a good rubdown, and the rare growl, sitting low and distrustful in his throat when the milkman came around—he was a friendly dog. This sound was unlike any of those. It was high and held in it a mineral note of panic. I went over to the kitchen window that looked out onto the yard, where we had a garden. There was a pomegranate tree, an orange tree, and some thick, flowering plants—jasmine and jacaranda—and some I did not know that my husband had planted years before. But I was the one who kept them alive. Neela stood dead center, in the red earth. His tail was taut and his head level with his spine, ears pinned against his skull, so his body arrowed into a straight line, nearly gleaming with a quality of attention. He was not a large dog, black and sweet and foxlike, sometimes shy, with yellow paws and snout. Facing him was a black snake—a cobra—with the head raised, the hood fanned out.

I let out a cry. The cobra had lifted the front of its body at least two feet from the ground. I had never seen one so close, even separated by four strong walls and a pane of glass. I could see her delicate tongue, darting between her black lips. Her eyes were fixed on the dog, and his on hers. Their gaze did not waver. Her body, too, was taut with attention, shiny back gleaming in the low evening light. The sky, I saw now, was red, low and red, and the sun a wavering orange circle in the sky.

Of course my first instinct was to rush out with a broom, screaming, and scare the thing off. But something stopped me. I stood for a full minute at the sink, shaking all over. Then I took a deep breath and phoned my sister.

“There’s a cobra outside with Neela.”

She exhaled. She was my big sister, and had been subject, lately, to too many of my emergencies. “It’s okay. Call Dr. Ramanathan. He knows about snakes. Do you have his phone number?”

“Can’t what?” My sister has a voice she could soften or harden depending on circumstance. She kept it soft with me now, like talking to a child. I wiped my face, like a child, with the bottom of my shirt.

I went again to the window. The animals were still there, exactly where they had been when I last looked. The dog had stopped barking, and the cobra looked like a stream of poured oil. I dialed Dr. Ramanathan’s number.

“Doctor, there’s a snake out there with my dog. A cobra. In my yard.”

“A cobra is it?” I could see him in his office, his white hair and furred ears. He had a doctor’s gruffness, casual in the most serious of circumstances, and had seen both my children through countless fevers, stomach upsets, and broken bones. “Has it bitten?”

“No, they haven’t touched each other. They’re not even moving. Just staring each other down.”

“Don’t do anything. Just watch them. Stay inside.”

“If you stay inside the house, he won’t die. The snake was trying to come inside the house, and he stopped it. Now he is giving all his attention to the snake. If you break that concentration the snake will kill him, and it will also be very dangerous for you.”

After I hung up with Dr. Ramanathan, I took a chair and set it by the window, so I could sit while I watched the dog and the snake. It was a strange dance, stranger still because of its soundlessness. The snake would advance, the dog would retreat a few steps. The hair was standing up on the back of his neck, like a cat’s, and now his tail pointed straight up. I could see fear in his face, with his eyes narrowed and his teeth bared. The snake in comparison looked almost peaceful. I didn’t hear her hiss. The white symbol glowed on her back. Their focus was completely one on the other. I wondered if they were communicating in some way I couldn’t hear or understand. Then the dog stood his ground and the snake stopped advancing. She seemed to raise up even higher. Something was too perfect about her movements, which were curving and graceful. Half in love with both, I thought, and it chilled me. Evening came down heavily; the massive red sky darkened into purple.

The phone rang. It was my sister.

“Vijji have you eaten? It’s getting late.”

I had been in the middle of making a simple dinner for myself and had, of course, forgotten. The rice was sitting half washed in a bowl next to the sink. I didn’t feel hungry, less even than usual—I don’t like to eat by myself. Instead, I felt hollow, like a clay pot waiting for water. It was pleasant, almost an ache.

“Nine thirty, darling—eat something. Shall I come over?”

“No! Dr. Ramanathan says no one can come in or out.”

“What if he comes home?”

Then back to the window. It had grown dark. I hesitated to turn on the light in the house, in case they would startle. Our eyes sharpened as the light faded. There was a bit of light that came in from the street, from the other houses, though it was filtered through the leaves and branches of the fruit trees and the flowers. In it, I could see the eyes of my dog, bright as live coals. There is a depth that dogs’ eyes have, which snakes’ eyes lack. Snakes’ eyes are flat and uncompromising, and reveal no animating intelligence. Perhaps that’s why we never trust them.

Now, very quietly, I could hear the snake hissing. The sound had a rough edge to it. Neela advanced. The snake seemed to snap her jaws. I have seen a dead snake, split open on the side of the road. Its blood was red and the muscle looked like meat, swarmed with flies. People said it was a bad omen for me, a bride, to see it then. Imagine the wedding of the Orissa bride, who married the cobra that lived near the anthill, and was blessed by the village. People make jokes about the wedding night, but everyone’s marriage is unknowable from the outside. I saw a picture of her in the newspaper, black hair, startled eyes, and I blessed her too—who wouldn’t? This same communion, it must have been, two sets of eyes inextricably locked, for hours. The kumkum smeared in her part like blood. The dog was gaining ground. He stood proud and erect, still focused, but doggish now, full of a child’s righteousness. His ears pricked up. But then, for no reason I could discern, the weather between them turned, and it was the snake who held them both, immense and swaying, in her infinite power.

“I find that at night you can look at your life from a great distance, as though you are a child sitting up in a tree, listening to the meaningless chatter of adults.”

Who knows how much time passed. I sat there by the window. The three of us were in a kind of trance. Once, I awoke with my head in my arms; I had fallen asleep right there on the lip of the sink. I blinked once, trying to make sense of the kitchen’s dark shapes. It seemed as though I had had a dream of a snake and Neela, engaged in a bloodless, endless battle, and when I looked outside there they were, keeping this long vigil. Their bodies were outlined by moonlight. At this hour, they looked unearthly, gods who had taken the form of animals for cosmic battle. But I could see the fatigue in my dog. You see it with people on their feet for hours, even when they try and hide it, a slump in the shoulders, the loose shoulders of the dead. No different with my dog. He would die, I was sure of it. I pressed this thought against me. The empty house. I would let all the plants die in the yard. I would move.

I find that at night you can look at your life from a great distance, as though you are a child sitting up in a tree, listening to the meaningless chatter of adults. I stood up in the kitchen. It had been years since I stayed up this late. Slowly, infinitely slowly, the creatures were inching back, toward the shed at the side of the house, the dog retreating, the snake advancing. Their movements were like the progression of huge clouds that seem to sit still in the sky, and you mark their advancement only against the landscape. I followed them, moving from one window to another. I became very angry with Neela. What arrogance or stupidity had urged him to take on this task? It’s easier to be the hero, to leave and let others suffer the consequences. To run barking into the house was all he needed to do, to show me the snake so I could close up our doors.

I stood. The snake hissed up and made a ducking move forward, toward Neela, who snarled, baring his yellow teeth, doing a delicate move with his paws, shuffling back, weaving like a boxer. He let out three high yelps, pure anger, and snapped his jaws, and the snake rose even higher, flaring out her hood, hissing, I could hear it, loudly, like a spray of water. Then she lowered herself. Undulating back and forth on the ground, she slunk away, leaving her belly’s imprint in the dirt.

I went outside. The air was clean and cool, thin, as it hadn’t been all day, almost as if it had rained. He was tired. He whimpered when he saw me, pricked up his ears, and pressed his wet snout into my hand when I drew close. He was radiant. With his mouth pressed closed between my hands, his eyes looked all over my face, joyful and humble, the way dogs are, filled with gladness. He swayed on his feet with fatigue, then slumped down to his knees in a dead faint, tongue lolling back. His breathing came slow and easy.

Who had death come for, the dog or me? I lifted the sleeping creature into my arms. He was no heavier than one of my children when they were young, and I took them in my arms to bed. The air was very still outside at this time of night—or morning. Hardly any sounds came from the street, and all the lights were off in the neighboring houses. The air rushed in and out of Neela’s body, his lungs and snout. What you have left is what you have. I carried him into the house.

Shruti Swamy lives and writes in San Francisco’s Tenderloin. Her work has appeared in or is forthcoming from O. Henry Prize Stories 2016, AGNI, Boston Review, and elsewhere. She is at work on a novel set in Bombay in the mythic 1970s.
Share:

Something for a Young Woman 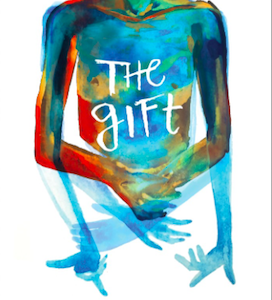 The Gift It was around this time that my mother had a terrible accident. Well, as it was happening it didn’t seem so terrible, but it turned...
© LitHub
Back to top