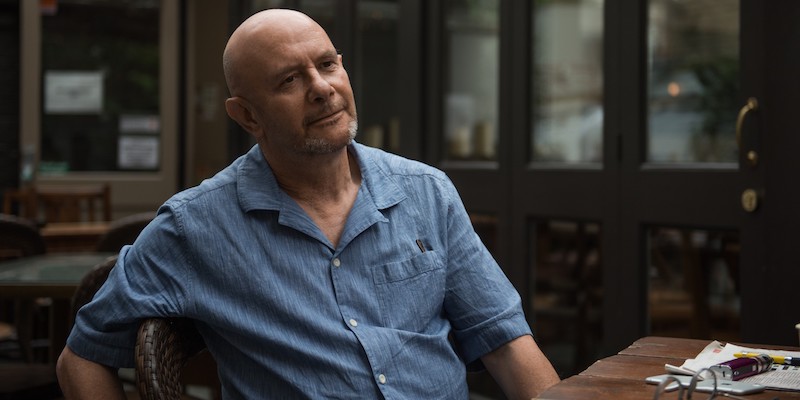 Nick Hornby Understands the Pitfalls of Giving Novels as Gifts

The Author of Dickens and Prince Takes the Lit Hub Questionnaire

Nick Hornby is the author of seven other bestselling novels, including High Fidelity, About a Boy, and A Long Way Down, as well as several works of nonfiction. Many of his books have been turned into successful films and TV series. He has been Oscar-nominated twice, for his screenplays of An Education and Brooklyn. His ten-part, short-form TV series, State of the Union, directed by Stephen Frears, has recently been broadcast by the Sundance Channel and the BBC, and has won three Emmys. He lives in London. His latest book, Dickens and Prince: A Particular Kind of Genius, is available from Riverhead Books.

Nick Hornby: I write during the day. Not all day—there are many ill-disciplined interruptions—but I treat my work as a 10 to 6 office job. This started because I was already a father when I became a full-time writer, and it didn’t seem fair to claim that the muse only reached me during unsociable hours. Also, what else is there to do during the day? Fun, and friends, mostly happen at night.

NH: I haven’t had a very bad dose of it yet, but I am lucky to work in several different media. The column I write for the Believer, for example, is fairly straightforward non-fiction with a deadline. It seems a bit precious to get blocked while writing a movie adaptation. So if I am stuck on a piece of creative writing, where everything has to come from my own head, I can usually find something else to do, something where the way ahead to the next page is clear.

But the very best way out is to read/listen/watch—you can steal in ways that really aren’t stealing at all, because you’re simply observing how a plot moves, or listening to chord changes. It’s much better to leave the screen and go and watch a movie, rather than sit at your desk beating yourself up. All of that is liberating and inspiring to me.

LH: How do you decide what to read next?

NH: It’s a little bit like deciding what your next meal will be: it’s a version of “How hungry am I?”, “What haven’t I had recently?” “What am I sick of?”, “What haven’t I been getting enough of in my diet?” My body answers those questions for me, and my mind kind of does the same thing when it comes to books. I am suddenly aware that I have the need to read Dickens, or a music biography, or contemporary fiction. At the moment I am being drawn to non-fiction, I think partly because it’s lower-risk. There’s nothing much retrievable from a bad novel. But an inelegantly written book about Duke Ellington, say, will still tell you a lot about Duke Ellington.

NH: I suppose at this point I’d like to talk about the totality of my writing career, not just the thing I’m currently promoting. I have thirty years of published and produced work behind me, and it would be interesting for me to look at how this led to that, or whether there is any sign of development (or the opposite!). My short TV series State Of The Union seems to be quite different from Fever Pitch, but the same person wrote both. Do they have things in common? Or has the person changed beyond recognition?

LH: What is your favorite book to give as a gift?

NH: I don’t have a favourite. People are different. Giving books as presents can be terribly oppressive—“Here! Read this seven hundred-page novel which I adored but you might hate!” I think it can make people feel guilty. A publisher once proposed to me the theory that recipe books are so popular as gifts because they actually ask very little of the recipients.

Most people are happy to have them on their kitchen shelves, and will certainly dip in and maybe even cook something. Novels that someone has given you tend to stare at you balefully. So if I do give a book as a gift, it’s very carefully targeted. Tastes only overlap, they don’t match precisely. That’s one of the things that makes us human. 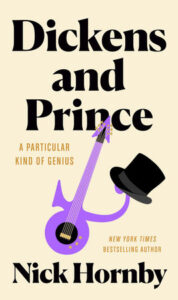 Dickens and Prince: A Particular Kind of Genius by Nick Hornby is available now from Riverhead Books.

A Brief Excavation of the Bows, Arrows, and Chariots in King Tut’s Tomb

Black Culture as Design and Lifestyle: At Home with Jason Reynolds 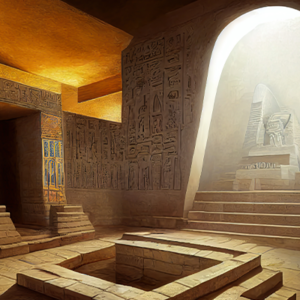 A Brief Excavation of the Bows, Arrows, and Chariots in King Tut’s Tomb

The magnificence of Tutankhamun’s treasures reflects a civilization at the height of its power and influence. When the founders...
© LitHub
Back to top
Loading Comments...