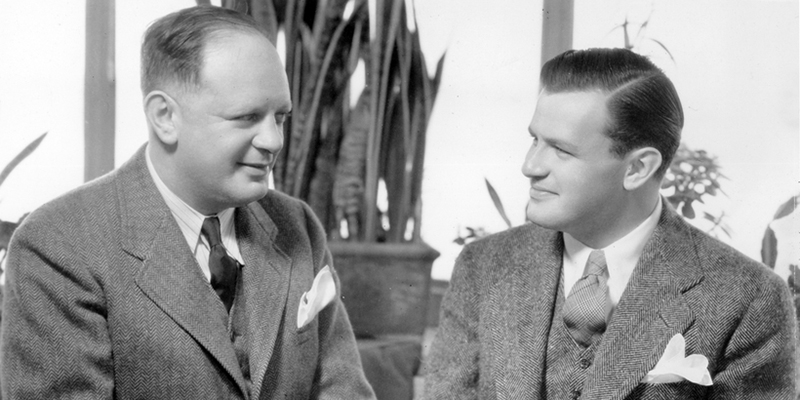 In this episode of Just the Right Book with Roxanne Coady, Nick Davis joins Roxanne Coady to discuss his latest book, Competing with Idiots: Herman and Joe Mankiewicz, a Dual Portrait, out now from Knopf.

Nick Davis: …When I was growing up, Herman [Mankiewicz] was the guy. He was the funniest man who ever lived, the smartest man who ever lived. He was incredibly warm and deeply compassionate, but also a hilarious screw up and, you know, doomed but in a fascinating way and drank himself into an early grave….He wrote the greatest movie of all time, Citizen Kane, so that’s Herman. And he died 12 years before I was born. So that was the guy who was the hero in my mind.

Herman was great, but Joe wasn’t. And that’s a very cartoonish view of two very complicated men. But that’s what I grew up with until I started investigating who they really were.

Herman [Mankiewicz] always felt uncomfortable in his own skin and wanted to be somewhere else….There’s a great line when he comes and visits New York in the late ’30s sort of may be planning a return where he says, Oh, to be back in Hollywood, wishing I were back in New York. There was just this feeling he wasn’t where he should be.

The industry respected [Joe Mankiewicz] and his actors really liked him, and he was great with actors. He was a tremendously good listener for a director and gave his actors and actresses a feeling that he was there for them… He was incredibly sensitive.

I think every line in Citizen Kane [written by Herman Mankiewicz] is like a gem. It’s so well-crafted and it’s so theatrical. It’s a great screenplay. Not just structurally, but every line is so good. I think that the structure of Citizen Kane is more revolutionary. But the lines in All About Eve [directed by Joseph Mankiewicz], it’s about time the piano realizes it hasn’t written the concerto. There’s so many great lines that it’s delicious, and I think because it’s about theater. Joe was able to sort of infuse a theatrical sort of darkness into the dialog that he gets away with.

All About Eve is a movie about a younger artist who is usurping and taking down an older artist. The younger is cold, scheming, ambitious, calculating, and the older is beloved and charismatic and self-destructive. It’s hard not to think, well, maybe Joe unconsciously is drawing on…his relationship with [his brother] Herman when he wrote that screenplay. It doesn’t mean he was consciously thinking about it, but those were impulses, I believe, and feelings that he was drawing on when he wrote the screenplay for All About Eve.

I thought, OK, it’s not going to be a biography of these two guys. It’ll be a biography of three guys. You know, Herman, Joe and me – Nick. And so I wrote my story into it, and I wove together all these fascinating parallels between their careers and my career and I gave it to my editor. And she said, OK, this is what you had to do in order to write it. Now take yourself out of it. I’m not interested in Nick alongside Herman and Joe. So I took myself out of it after a year of trying not to….The book now has a voice. It has a perspective. This is not about them and it’s about them. But it’s coming from me, and it’s important to me that it is a duo portrait.

I hope that readers will really be interested and taken with these two men, and be interested in these stories, the stories of their lives, of the people who surrounded them … They were storytellers, and this is a story and there’s tons of stories in the book.

Nick Davis is a writer, director, and producer. His most recent film is Once Upon A Time in Queens about the 1986 Mets. He lives in New York City with his wife and daughters. 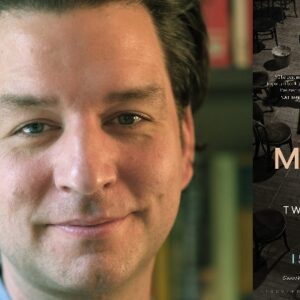