Paul Holdengräber is joined by writer Ngũgĩ wa Thiong’o on Episode 137 of The Quarantine Tapes. A celebrated author of novels, plays, essays, and more, Ngũgĩ talks with Paul about how the themes of his most recent book, The Perfect Nine, resonate in this moment. Ngũgĩ tells stories of meeting Langston Hughes as a young man before unpacking his own theories about what makes a truly good storyteller. In a thoughtful and wide-reaching conversation, he and Paul dig into questions of the oral tradition of literature, the value of multilingualism, and how colonizing powers leverage language and memory to suppress the colonized.

Paul Holdengräber: There is a line I want to read to you and have you react to. I once had occasion to speak to the poet, the very great poet, W. S. Merwin, and Merwin said, “What you remember saves you.”

Ngũgĩ wa Thiong’o: Yeah, that’s actually very profound. When he says remember, let’s talk about memory. We are nothing as human beings without memory. You may have seen or encountered people who for some reason, either through trauma or old age, have lost memories. They’re physically very fine, but they are not really there. When they see you they don’t connect you with anything, with anybody they know or in history and so on. So memory, very important.

And really, the colonization of a people is an attempt to try to suppress or to bury the memory of the colonized with a memory of the colonizer, through language and the entire naming system. I’ve talked about the politics of memory in my book called Something Torn and New. And one thing I found, colonizing institutions—apart from imposition of language of the colonizer on the colonized—it’s also the renaming of places. So New York, when it is owned by Dutch, they call it the New Amsterdam. When the English came, they said, no, it’s New York. But before New Amsterdam and New York, the people who lived there, Native Americans, they have a name for that place. So, the new naming system buries the memory connoted by the previous name of the place.

It is memory that helps us build the future and see possibilities. Because we need memories to compare what happened with what is happening. And memory is connected with imagination, so we couldn’t predict the future to come in time, whether the next minute or the next hour or the next year. It’s a building we can imagine in the head and see that picture there, and then we’re able to get an architect who is able to build a house based on that image we have, that we have retained through memory.

Ngũgĩ wa Thiong’o, currently Distinguished Professor of English and Comparative Literature at the University of California, Irvine, was born in Kenya, in 1938 into a large peasant family. Ngũgĩ burst onto the literary scene in East Africa with the performance of his first major play, The Black Hermit, at the National Theatre in Kampala, Uganda, in 1962. His first volume of literary essays, Homecoming, appeared in print in 1969, followed, in later years, by other volumes including Writers in Politics (1981 and 1997); Decolonising the Mind (1986); Moving the Center (1994); and Penpoints, Gunpoints and Dreams (1998). Ngũgĩ has continued to write prolifically, publishing, in 2006, what some have described as his crowning achievement, Wizard of the Crow, an English translation of the Gikuyu language novel Murogi wa Kagogo. Ngũgĩ’s books have been translated into more than thirty languages and they continue to be the subject of books, critical monographs, and dissertations.

On the Particular Thrill of Visiting a Dead Writer's House 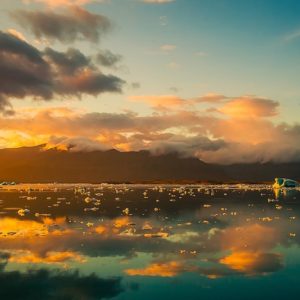 My first venture abroad was Iceland. It was 1975 and I was nineteen. My memory of the trip is dominated by weather. The sky,...
© LitHub
Back to top