New York City is a Book Conservatives Should Read

I wonder if you have ever actually explored the New York City you claim to live in. I recommend it, because it has beauties and splendors that undermine so many of the assertions that I have heard you make during your campaign, particularly in the final debate. For starters, its eight million-plus population includes a huge percentage of immigrants, Muslims, blacks, Mexicans, and some lovely people who are black, Muslim, and immigrant all at once. Only a third of its residents are white. You talk as if should lots of undocumented immigrants and Muslims show up here, there’ll be trouble. I have news for you: they’re here, and it seems to be working out rather well.

Do you ever come down from your tower, other than to stuff yourself into a limousine en route to a jet? In the course of a few years of working with New Yorkers on a book, Nonstop Metropolis: A New York City Atlas, coauthored with Joshua Jelly-Schapiro, I came to love and admire the genius of diversity and diversity of genius that makes this city remarkable, glorious, and emblematic of some of the best of this complicated country.

You rail against immigrants, but more than a third of New York City residents are immigrants—37 percent. About 500,000 residents are undocumented, and they are some of the hardest workers making this city go. If you drove them out, the restaurant and hotel industries would collapse into crisis. Unlike you, 75 percent of undocumented New York City residents pay taxes, according to former mayor Michael Bloomberg, who also points out the low crime rate among that population. Overall, whether they’re janitors or doctors, immigrants energize and enrich this city.

You should check out Queens, the borough in which you were raised. It is now the most linguistically diverse place on earth. It’s the part of the city where most of the 800 languages to be found here are spoken. A lot of the languages here are vanishing tongues, as we learned from one of New York’s most enchanting organizations, the Endangered Language Alliance. New York may be a book you haven’t read, but it is rich in Talmudic scholars of the everyday who read it as carefully as any sacred text: Tony Carnes on religion itself, Alexandra T. Vazquez on Spanish-language radio, Daniel Kaufman of the Endangered Language Alliance, Emily Raboteau, a great scholar of playgrounds and the class politics of childhood, and so many more who helped us read the city and contributed to our book.

People come here as refugees and they bring their culture with them. Some of the last speakers of languages from the Himalayas and the Andes are here, and they make this city a world in which many worlds fit, a conversation in which many languages belong, and a place of refuge, as it was for my mother’s grandparents when they escaped hunger and discrimination in Ireland, my father’s parents when they passed through Ellis Island escaping the kind of pogroms you seem to be instigating.

Here you can speak the Kurdish banned in Turkey, as Suketu Mehta pointed out in an exquisite essay for our atlas. Suketu, incidentally, is himself an immigrant whose first language was Gujarati but who is, in English, one of the most beautiful writers on how cities work and who and what they encompass. This book has also brought me into a wonderful collaboration with the Queens Museum, where I’ve had the joy of working with an inspired, devoted staff who came here from China, Ecuador, India, Panama, Peru, Iran, Thailand, the Philippines, Jamaica, Israel, Syria, Bolivia, Mexico, Colombia, and Japan. Even the museum’s director, Laura Raicovich, now a dear friend of mine, is a first-generation American whose father came over from Italy.

You treat Muslims like dangerous outsiders but you seem ignorant of the fact that the town you claim to live in has about 285 mosques, and somewhere between 400,00 and 800,000 Muslims, according to New York’s wonderful religious scholar Tony Carnes. That means one out of ten or one out of twenty New Yorkers are practitioners of the Islamic faith. A handful of Muslims, including the Orlando mass murderer, who was born in Queens, have done bad things, but when you recognize how many Muslims there are, you can stop demonizing millions for the acts of a few.

And that Orlando killer: his homophobia, easy access to guns, history of domestic violence—these are homegrown problems we need to work on, not imports. New York has also led the way in liberating gay and lesbian people from discrimination, or rather they freed themselves with campaigns, projects, sanctuary spaces, and communities that spread liberation nationwide and beyond. I just had my first drink at the Stonewall Inn in the West Village, and it was a big thrill to be there where uprisings and resistance shifted the conversation and moved rights forward almost fifty years ago.

But we were talking about Muslims, not gay and lesbian residents, though I’m sure there are some gay Muslims to include, because everyone is here. Everyone. New York City Muslims are taxi drivers, the guys inside some of the halal food carts all over Manhattan, as well as lawyers and scholars and professors, programmers and designers. They are fathers, toddlers, grandmothers, high-schoolers. Part of what’s so beautiful about this city is how complex the cross-categorizations are. A lot of Muslims are immigrants or children and grandchildren of immigrants, from Africa as well as Asia, but a significant percentage are African-Americans whose roots go far deeper in this country’s history than yours or mine do. Their ancestors built this place, including, literally, the wall that Wall Street is named for.

Speaking of African-Americans: have you ever been to Harlem or the Bronx? You keep talking about black people like you’ve never met any or visited any black neighborhoods. Seriously, during that last debate you said, “Our inner cities are a disaster. You get shot walking to the store. They have no education. They have no jobs. I will do more for African-Americans and Latinos than she can ever do in ten lifetimes. All she’s done is talk to the African-Americans and to the Latinos.” Dude, seriously? Did you get this sense of things from watching TV—in 1975? And by the way, talking to people is a really great way to discover where you are and who they are. You should try it. “Inner cities” is a stale, leftover term from when cities like New York were crumbling from divestment and declining population, and crime really was high (news flash: it’s declined nationwide over the past quarter century, even though you like to harp on the hiccup in Chicago). When you talk about the “inner city,” you sound about 40 years out of date.

Someday you should visit the boomtown that is New York 2016. Take Harlem, one of the great cultural centers of the United States, the great heart of black culture in the United States for at least a century, the place where some of this country’s greatest writers grew up or ended up. It’s full of people with excellent jobs and educations and to say otherwise is as ignorant as it is racist. It’s not a place riddled with crime, unless you want to call gentrification and displacement a crime—which I know you don’t, but sometimes I do, when I see how it hacks away at the cultural memory and continuity of a place and targets the vulnerable. But you and I are bound to disagree on real estate speculation, so let’s move on.

Seriously, just visit New York. It’s huge. It’s great. It is, among other things, a great Latin American city. Did you know that the most-listened-to radio stations here are in Spanish? That daytime DJ Alex Sensation—a Colombian immigrant—has the top radio show in the top market in the US? (We have a nice map about that.) His show mixes many kinds of Latin music, because New York is the Latin American capital where everyone’s shown up, from Cubans and Dominicans to Colombians to Guatemalans. In this great mix of culture, salsa music evolved and migrated outward, one of the United States’s greatest exports, along with hip-hop and rap, born in the South Bronx, now a vital part of popular culture from Inuit Canada to central Africa.

This has been a place of liberation, for the refugees who came here from all over, for the institutions that arose here, like Planned Parenthood, which you threaten to defund, for groups like Black Lives Matter, which you’ve denounced. Maybe that’s why you haven’t visited New York: it doesn’t agree with you and it undermines your ideology. There are so many New Yorks, and we all get to choose our own, but the New York of rich white people is a small slice of the city. Beyond it are a thousand New Yorks with thousands of ways of living and working, hundreds of languages, dozens of religions, and it all comes together every day on subway platforms, on the streets, in the parks, the hospitals, the kitchens, the public schools. Because ordinary New Yorkers get out and mix, and this coexistence with difference is the beautiful basis for a truly democratic spirit, a faith that we can trust each other and literally (and figuratively) find common ground by mingling in public.

If you’re not ready to get out and mix, here’s a very short reading assignment: read some money. Not the big stuff. Look at a dime. It says “e pluribus unum.” Out of many one. That’s been one of this country’s key mottos since its founding. It’s realized in our cities, our great places of coexistence. Not just a tolerance of difference, but a delight in it, love for it, cross-pollination, intermarriage, hybridization, and the invention of new forms from the differences we bring with us as we come together. That’s a lot of what makes America great when it is great and not angry, divisive, unequal, and deluded. And it’s right here, all around us, in the big city.

The Novelist Who Gave Up on the World

For Better or Worse, How Mississippi Remembers Emmett Till 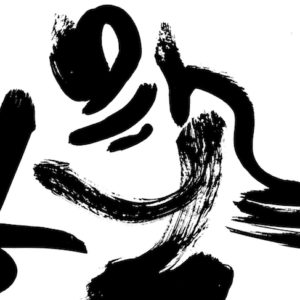 The Novelist Who Gave Up on the World

Korean novelist Jung Young Moon is a creator of “contrived worlds.” Of course, all literature—fiction and nonfiction,...
© LitHub
Back to top
Loading Comments...