Tell, Don't Show: In Which Rachel Dolezal Does Not Appear

Every other week Oscar van Gelderen, the publisher at Lebowski in Holland, who blogs here, summarizes a notable work of fiction in ten quotes, with an emphasis on style and voice. No spoilers. This week, Nell Zink’s eerily timely novel of racial deception, Mislaid.

Stillwater College sat on the fall line south of Petersburg. One half of the campus was elevated over the other half, and the waters above were separated from the waters below by a ledge with stone outcroppings. The waters below lay still, and the waters above flowed down. They seeped into the sandy ground before they had time to form a stream. And that’s why the house had been named Stillwater. It overlooked a lake that lay motionless as it had been dug with shovels and hand-lined with clay. But the lake had been there as long as anyone could remember. It had no visible outlet, and no docks because a piling might puncture the layer of clay. Nobody swam in the lake because of the leeches in the mud. There was no fishing because girls don’t fish. (1)

Peggy felt she was being held in the palm of God’s hand. Not because he was a famous poet and the most respected teacher at her school, but because he was a man and powerful, physically. In all her fantasies she’d been the man, and had to please some pleading lover. But now a person had voluntarily dedicated himself to serving her desires. She had never expected that, ever. It violated her work ethic. She felt a wish to speak and opened her eyes, and the poet in the black mackintosh was staring down into them, rain beating down around them, and they were surrounded on every side by water. It was a good bit more sexy and romantic than she had dared to imagine everything.

Each was mystified, but for very different reasons. Peggy had thought she would die a virgin and had never given a moment’s thought to birth control. And now it looked as though she might be a virgin for maybe ten more minutes. “I’m a virgin, ” she said.

‘That can be taken care of,” Lee said.

“I promise you everything.” He kissed her. “Everything.”

He was mystified that he would say something like that to anyone—male, female, eunuch, hermaphrodite, sheep, tree. He looked her in the eye and decided she wasn’t paying attention.

It was a betrayal of just about everything—her privacy, her pottery that was a cry for for help intended to be heard by no one, her struggle to be a good mother and sew little dresses for Mireille. The intimacy she and Lee still shared. The vestiges of heterosexuality she occasionally saw in him and cosseted like rare orchids. All of it gone. The more sacrifices she made for her family, the more he took his power for granted. He got all the love in the world. and she got none at all. (29)

Maybe you have to be from the South to get your head around blond black people. Virginia was settled before slavery began, and it was diverse. There were tawny black people with hazel eyes. Black people with auburn hair, skin like butter, and eyes of deep blue green. Blond, blue-eyed black people resembling a recent chairman of the NAACP. The only way to tell white from colored for purposes of segregation was the one-drop rule: if one of your ancestors was black—ever in the history of the world, all the way back to Noah’s son Ham—so were you. (52)

Because people never grow accustomed to lies. They either believe them or they don’t. And a big lie is never forgiven. The person who told the lie stops existing, and in his place stands a paradox: the truthful liar. The person you know for sure would lie to you, because he’s done it before and confessed. You never, ever believe that person again. (82)

Gradually her fear faded to the existential angst that incessantly haunts all mankind in modernity.

The existential angst served to mask her fear of Lee. The angst was: That you only live once. That you shouldn’t waste your youth. She had no lover, no close friends, no underground theater group to perform her self-censored plays. She had to fake poverty to keep the fuzz of her back. If she wore stylish clothes or drove a reliable car, social services would get suspicious. She didn’t spend enough time honing her craft. Et cetera, ad nauseam. It was the worry about not making the most of herself. The thing that troubles nearly all of us, nearly every day. (126/127)

“Karen Brown,” Temple said, readily. “We grew up together.”

The cops traded looks. “Can you give us a description of Miss Brown?”

The cop was confused. “Did you say black? What’s black?”

“Yes. She is my girlfriend.”

“She’s on a minority scholarship.”

“And she has what you call a passing complexion.”

“Anybody can tell looking at her that she’s black. She has full lips and a little flat nose, kind of like Barbie.”

Temple was silent, thinking maybe they weren’t believing him. (194)

That evening Karen wrote a long letter to Meg.

Meg read the letter three days later, sitting on the porch swing at the post office on the Eastern Shore. She didn’t get back on the road and drive like a bullet straight to Charlottesville. She didn’t even write a reply. She just shuffled to the car, sat in the driver’s seat, and looked in the rearview mirror, thinking of Luke.

I was happy, she thought, I was finally happy.

She put the car in gear and drove slowly back to the squirrel sanctuary. The sun pierced the charcoal-gray clouds with golden light that made even scraggly pines lining the roadside seem to burn like torches, and the water on the back bay was jiggling like mercury. But she felt like shit. More than anything, she was afraid. Joining Flea and Lomax in the living room, she started with the chief lotus of her fear: “My baby’s a narc.” (201)

When Meg was lead into their presence and made to sit down, everyone could sense the hurt. Lee felt more hurt than he expected—he was used to feeling angry—and Meg felt so guilty she could have gutted herself with a teaspoon. (224)

That is not to say that Lee immediately kept his promise to be nice all the time. But his redeemer Karen disapproved of meanness, so had to stop making fun of people, even sitting ducks like Temple and Meg, and then he got out of the habit. He had never meant to be cold. All his life he had been out of his depth. Sexual abuse, domestic violence, a transparantly evil social order, poets, academia, etc., had taught him to respect people’s boundaries. In a world where people have fixed limits, it’s safest to be an arrogant bastard and push yourself and others to come out on top. But Karen was larger on the inside than on the outside. She had no boundaries. Anything might affect her. She was significant everywhere, like one of those atom bombs that that fits in a suitcase. He began to speak and listen and care about the world, and it made him a different person. (242) 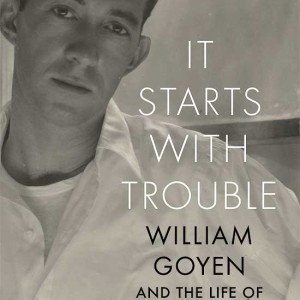 I remember Marian Anderson was my first experience with what truly was a spiritual moment. Suddenly when she sang she was purely...
© LitHub
Back to top