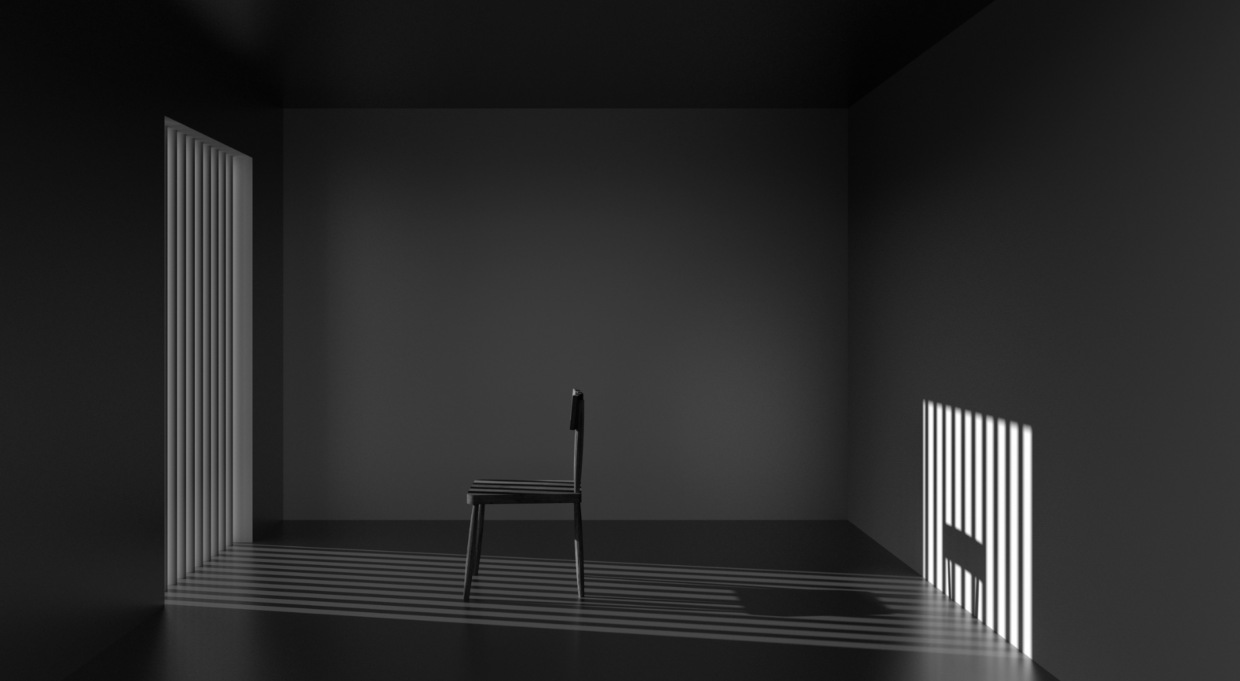 What It Means to Write in the Direction of Darkness

The story of our own complicity in malign forces is one that’s hard to tell, generally, right now. It’s unpopular, and even dangerous, to have mixed allegiances, tangled motives, dirty hands. And yet, given the highly complicated nature of things like power, money, and cultural capital in this world, to name a few, who can claim unblemished virtue? Anyone out there get paid by a university that once owned slaves, still invests in fossil fuels, or contributes to student debt? Show of hands. The main character of my novel The Complicities does have mixed allegiances and tangled motives. She’s a bit of an anti-heroine, but my aim was to make her blind spots uncomfortably relatable.

The Complicities wasn’t an easy book for me to write. It centers around Suzanne, the ex-wife of a financial criminal, and how she does, or more to the point, doesn’t reckon with her own significant complicity in her ex-husband’s crimes. After he’s convicted and goes to prison, she struggles to build a new life, a cleaner life, but her blind spots lead to ever-expanding consequences.

When, for instance, she finds herself at a major whale stranding and takes action, that action ends up doing significant damage to others. It was a hard book to write, because I was writing about things I didn’t know much about: white-collar crime, the way restitution works, whale strandings, construction debt, gambling. I talked to lawyers, marine mammal rescue experts, and a card sharp.

She isn’t a villain, but she isn’t a victim, either. She is a creature of half-conscience and denial who also isn’t entirely incapable of empathy.

But the harder part was the darkness in it that I knew I had to go toward. The Complicities is significantly darker than my previous books and it’s much more concerned with what human beings owe one another—literally and figuratively—and how incredibly intertwined we are, even when we think we aren’t, or don’t want to be.

Suzanne is a first-person narrator, but it’s where she meets others, particularly her ex-husband’s second wife and his mother, that the novel really happens. She’s also meeting the environment, and class, and various kinds of brutalities, and then making choices and decisions. She isn’t a villain, but she isn’t a victim, either. She is a creature of half-conscience and denial who also isn’t entirely incapable of empathy.

It’s been interesting to me to notice that there have been books by and about men that deal with complicity—two by Kazuo Ishiguro, The Remains of the Day and Artist of the Floating World; Roberto Bolano’s By Night in Chile; The Sympathizer by Viet Thanh Nguyen, among others—but in these novels the crimes are mostly geopolitical and involve oppressive or genocidal regimes. There are a few recent ones written by and about women—Rosa Liksom’s The Colonel’s Wife, about a Finnish woman who becomes the lover of an occupying Nazi; and Catherine Chidgey’s Remote Sympathy, which features the wife of a Nazi commander in charge of Buchenwald who “doesn’t know” what goes on there. I’m aware of these two because I blurbed them—they’re great, but, again, they have to do with these really massive historical contexts.

Suzanne is not the wife or mistress of a Nazi or a double agent, as in The Sympathizer, but something far closer to home in our modern world—someone who benefits from unethical and even criminal behavior, but refuses to see herself that way. Instead, she digs in her heels and tries to greenwash her identity. She is, at one end of the spectrum, Ghislaine Maxwell (who, coincidentally, actually did set up a marine conservation charity); or, towards the other end, the female dean at a university who looks the other way for years as powerful male professor preys on students, because it benefits her be in his good graces.

This isn’t the preferred cultural story about women these days, or possibly ever. Far more popular are stories of female victimization, not female collaboration. Or maybe a total villainess or sociopath, as in a popular novel like Gone Girl. I’m very sympathetic to women who have had something terrible visited upon them, and I try to stay away from the sociopaths, but as a writer I’m interested in exploring stories in which mentally stable women have agency, and how they use it.

Agency includes the ability to make the wrong choices, for the wrong reasons. It was very important to me to write a female character who isn’t a victim or an innocent bystander, but a complex, mixed, fully responsible adult. In other words, a woman not so very different from, well, many of us, of all genders. What do we know, and what do we do with what we know? It’s an uncomfortable business.

In order to make the book uncomfortable for the reader, however, I had to make it uncomfortable for myself. I had to really walk around in Suzanne’s skin and find those places where I might be inclined to let myself off the hook. The thing about the big bad actors that we’ve all seen so much of these last few years is that they’re often so extreme and inhumane as to be sociopathic. In terms of interiority, there’s no there there. Just next to them, however, are always people who aren’t sociopaths, people who are allied with the bad actors, but are still thinking, feeling human beings. They know, and they keep choosing the bad actor, anyway.

The core of that uncomfortable place, for me, was love. Suzanne loved her ex-husband, loved him particularly because she knew when she married him that he was a thief, loved the good life they made for their family on stolen money. His second wife, Lydia, also loves him, loves the reasons he tells her lies, loves the wounds that sent him into crime in the first place, in her estimation.

It wasn’t Suzanne’s greed I could identify with—in an odd way, she’s not that financially greedy a character—but her attraction to a criminal who felt like home to her. I understood that all too well. In my time, I have loved some addicts, cheaters, and liars, and I was never confused about who they were. I was only confused about who I was, why I was there, and how I was benefiting. We might like to think that people are complicit for cold, clearcut reasons—access to power, financial gain, belief in a corrupt social order—but complicity can also be inextricably bound up with love, identity, and even empathy.

Every novel I write teaches me something, and this one continues to ask me questions I can’t answer easily or quickly. Although, in the end, I made particular decisions about the way things would unfold for my characters, I still feel uncomfortable when I think about them, particularly Suzanne. It would be easy to dismiss her, but I can’t. 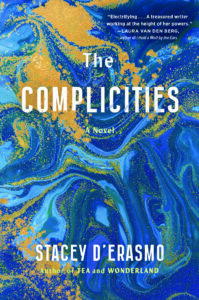 The Complicities by Stacey D’Erasmo is available now via Algonquin.

Yiyun Li on Writing Advice (the Good, the Bad) and the Books She Always Returns To 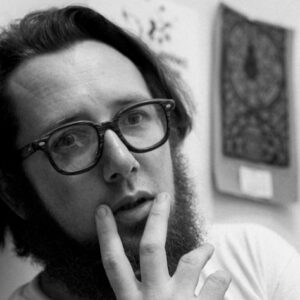 The following is Ted Berrigan's review of Lunch Poems by Frank O'Hara, published in 1964. (Look at that price!) * Lunch...
© LitHub
Back to top
Loading Comments...