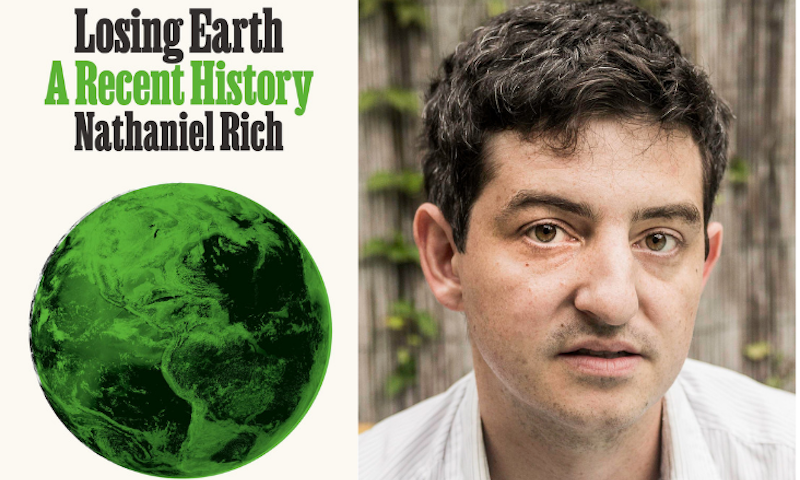 This week, The Literary Life with Mitchell Kaplan debuts on Lit Hub Radio with an entertaining and highly relevant conversation with Nathaniel Rich, whose latest book, Losing Earth, is about the failure of our scientific and political leaders to act on climate change, the biggest issue of our time. This conversation between Mitchell and Nathaniel was recorded inside The Café at Books & Books in Coral Gables, Florida.

Mitchell Kaplan has been a bookseller and has owned the independent bookstores Books & Books for over 35 years. If you love books, writers or are a passionate reader, this podcast is for you. Enter The Literary Life where every Saturday you’ll hear candid conversations with Mitchell and his guests.

Mitchell Kaplan: I read this book literally in one sitting. I was completely entranced by it because one of the things I realized is that I lived through it myself as an adult and I didn’t know any of it actually. Have you had that reaction?

Nathaniel Rich: Yeah, I have. It’s remarkable how much. I should say I lived through it too, though I was an infant for part of it. It’s remarkable how much has been forgotten or never known, even by some of the people that are leading the fight now and some of the most prominent environmental activists this day. I think of—and I hate to single her out—but Alexandria Ocasio-Cortez—who is possibly doing more in pushing legislation on the issue than anybody else and more than anyone has in many years—the other day she gave this passionate speech on the floor of the House saying that there will be blood on our hands if we don’t act and all the rest. It was wonderful, and at the end she said that the government has known about this since 1989. I felt that even if she doesn’t understand the history or the pre-history . . .

MK: In reading this I also realized that there was another initiative that had New Deal in it as well. This wasn’t the first Green New Deal that was an initiative.

NR: Right, when Thomas Friedman popularized the term a decade ago.

MK: The way I describe this to anyone who asks me is—there have been so many books on climate change and global warming, particularly for those of us in Miami, which talk about what’s going to happen in worst-case scenarios—but what this book does is that it gives you the history of the whole notion of climate change. It tells us how we have squandered opportunities and it leaves us with an incredible question of what opportunities are ahead of us. We talked about 1989, but the year I want to ask you about is 1979. Tell us why that is such a pivotal year.

NR: By 1979, you have scientific consensus on the fundamental science of climate change. That’s not to say that we discovered climate change in 1979. In fact, the basic science that we add carbon dioxide to the atmosphere through the burning of fossil fuels and that the world will get warmer, that correlation and the understanding that that was happening dates back to 19th century. By 1979, however, you have a series of high-level reports both within the government and the scientific establishment, as well as in the oil and gas industries, that when CO2 levels double beyond historic averages that warming will increase by an average of 3 degrees Celsius. That is the rather prosaic finding that essentially dates the consensus on what’s happening and how bad it’s going to be.

MK: So the idea is that there was consensus by 1979, pretty much?

NR: And that finding hasn’t been changed since then. At Stanford, there is this great climate scientist Ken Caldeira who told me that at the beginning of every semester in graduate school he begins with the question to his students, “Can you name any fundamental developments in climate science since 1979?” It’s a trick question. There hasn’t been any. There is further specificity and precision and data, and all things . . .

MK: You also talk that before there was consensus, people were still talking about climate issues back even 50 years before then, right?

NR: The awareness that the world will get warmer dates back to the 19th century. The first time that people are worried that the world might get warmer goes back to the 1950s, especially to a major paper from Roger Ravelle, who is a very high-level geophysicist and adviser to John F. Kennedy in his administration. Ravelle publishes a study saying that this might be really destabilizing. It’s not that it’ll be a little warmer, but that this will be destabilizing to almost every aspect of society. He starts talking to Life magazine and Time magazine, and the New York Times reports on it. It’s covered nationally, and by 1957 that’s when they start measuring very precisely the amount of CO2 in the atmosphere on a continuous basis.

MK: By 1979, there is a consensus, and in any rational world with that kind of consensus there would be action taken. What you have done in these 200-odd pages is you have led us on this road where we keep hitting obstacles. We’re almost there, there is almost a possibility of doing something, and usually the obstacle is political in some way.

NR: It follows the story of a couple people who are really responsible of pushing the issue during the decade that I write about, from 1979 to 1989 . . . Over the course of ten years, there are a number of setbacks, some of them political but others questions of human indecision and confidence and failure to reckon with the scope of the problem. 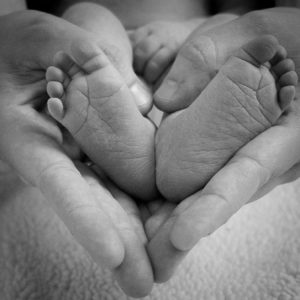 So an event becomes a thing. A newborn. An offspring. What we see, and what we have seen, when we look at a brand-new...
© LitHub
Back to top