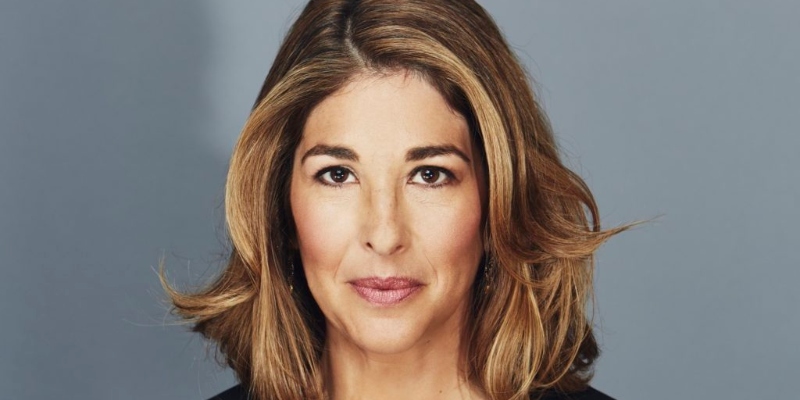 Naomi Klein: Against Dystopian Visions of the Future

On Episode 158 of The Quarantine Tapes, Paul Holdengräber is joined by Naomi Klein. Together with Paul, Naomi takes a deep and incisive look at the conditions of this moment, digging into climate change, the pandemic, capitalism, and more. Naomi talks about the importance of creating visions of the future and talks about her video project, A Message from the Future. She and Paul then go on to unpack how our relationship to technology has changed as a result of the pandemic. She presents her own insightful ideas for what we will need to take from this experience and how to approach what comes next after the pandemic.

Paul Holdengräber: You’ve said, “There’s nothing essential about humans living under capitalism.” And I love this: “Capitalism is a tiny blip in the collective story of our species.” So in a way, you’ve started to answer this question, Naomi, but what might it mean to envision a future beyond capitalism? Which is something that I have found so beautifully expressed when Ursula Le Guin said, “We live in capitalism. Its power seems inescapable. But then so did the divine right of kings.”

Naomi Klein: I love that quote. And she was talking about the importance of recognizing the work of artists who imagine different futures.

Paul Holdengräber: She said further on, “Any human power can be resisted and changed by human beings. Resistance and change often begin in art, very often in our art, the art of words.” Therefore, as you have said so beautifully all along now, we need better terminology.

Naomi Klein: And we need better visions of the future, or at least more of them and different ones. I’m so struck, and I’m sure you’ve noticed this too, in the way people talk about the pandemic. How quickly we go to Hollywood dystopian narratives, how often people invoke zombie movies or The Walking Dead. You hear it all the time. So many of our cultural reference points for the future are versions of ourselves only worse. Which is what I was saying Trump is—a dystopian fiction come to life. Almost hackneyed dystopian fiction. If you handed it to your editor, your editor would tell you, try again. This is a little too on the nose, a little too obvious.

And it’s one of the things I love about Ursula’s worlds, because she defies that. She challenged us to imagine worlds where we were not perfect but we tried different things, different ways of being human, and that sense of expansiveness. Where we are right now in the sweep of capitalist history no one can know for sure, because things can always get worse. Even that phrase that I used earlier, late capitalism, I use it because it’s hopeful. I hope we’re late in this story, because things can always get worse. But there’s nothing foretold about that.

I think there are cracks in the story. The era that I grew up, as a kid in the 80s, before I was even politically aware or conscious, I was living in the world that Reagan and Thatcher were creating, which was itself a war on the imagination, first and foremost. Yes, neoliberalism was the policies of privatization and marketization and financialization and deregulation and austerity and all the hallmarks that we understand of that era. But it was also Thatcher saying there is no alternative. And it was also Francis Fukuyama declaring history over. It was these borders placed around our imagination that just said, “Here and no further. You can critique it, but don’t you dare say there’s anything but it.” I still can’t imagine the arrogance of declaring history over. “We have reached the end point of human evolution; there will be more tries about how we can live.”

The impact of that policing of the imaginary was really powerful for my generation, and I see such a profound shift with young people in their twenties now, who never got the neoliberal hard sell. They may have gotten the policies and they may have gotten worse experiences of neoliberalism and the gig economy and the financialization of the self on social media—you know, it’s capitalism on steroids—but they didn’t get the ideological hard sell that we did. Ever since the 2008 financial crisis, neoliberalism has been a bit of a zombie ideology. It has been just walking around without an animating life force, and that animating life force is its belief in itself, is its willingness to sit down and have an argument and say, “This is good. If we cut social services, we’ll have a better world.” This is what I grew up with, right? People honestly saying, “It’s all going to work out really, really well when we deregulate the financial markets; rising tides will lift all boats and all of that.” I can’t even remember the last time I heard somebody make an earnest neoliberal argument.

Naomi Klein is an award-winning journalist, columnist, and author of the New York Times and international bestsellers No Logo, The Shock Doctrine, This Changes Everything, No Is Not Enough and On Fire, which have been translated into over 30 languages. Senior Correspondent for The Intercept, Puffin Writing Fellow at Type Media Center, and contributor for The Nation and The Guardian, Klein is the inaugural Gloria Steinem Endowed Chair in Media, Culture and Feminist Studies at Rutgers University. She is cofounder of the climate justice organization The Leap. 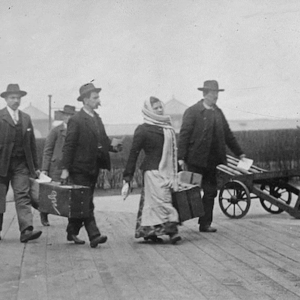