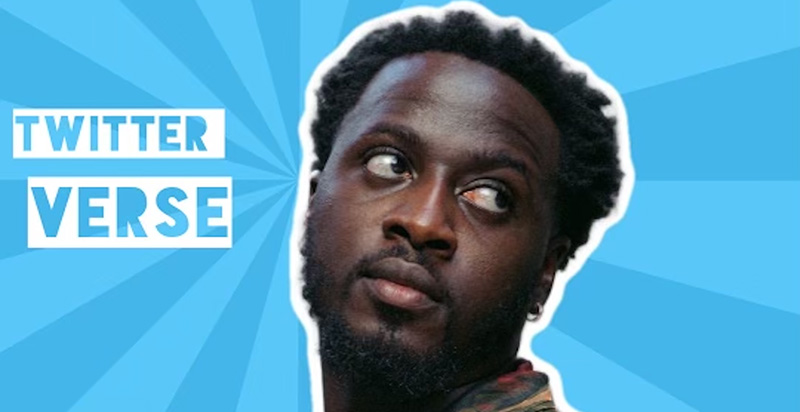 Everyone knows Nana Kwame Adjei-Brenyah is the young rockstar New York Times-bestselling author of the story collection Friday Black. But what experiences have shaped the brilliant mind behind this cutting edge work of fiction? In this episode, you get a real sense of the sweep of Nana’s life. Nana and Gabe discuss what it was like for him to grow up Ghanian-American with his family in Spring Valley, Rockland County, NY. And what happened when his father was diagnosed with cancer and how that changed everything. Nana & Gabe talk about his rapping, which he does on the show and even breaks down his lyrics. Nana has learned a lot of fascinating lessons in his life journey thus far. Prepare to become acquainted with the intricacies of this writer’s dynamic mind.

Nana Kwame Adjei-Brenyah: I was just in the thick of revision. I think I gave my book to my editor during this part of writing, which is my favorite part. But I was in the thick of it, you know, edits and notes and significant changes need to be made. There’s a deadline, but it wasn’t even about that at that point. It was more just looking at this thing that you had to claw and scratch to get to and realizing it’s nowhere near where it needs to be for you to feel pleased with it. And so the writing hits hard. It’s physically hard to bring yourself to the word processor. It’s mentally draining to think with that kind of focus. It’s emotionally difficult to see how much you suck every time.

Gabe Hudson: I can vouch for that, too.

This really made me happy after the ceremonies. My Mom gave us all life. pic.twitter.com/r5saEs3kBn

Nana Kwame Adjei-Brenyah: My father died probably six months after the book had come out. I have a sort of complicated relationship to that whole period of time and really the whole act of publishing a book now, because it’s hard for me to divorce those two things. But in writing, there’s a great chance you’re going to sacrifice a lot to do it. At least I know I did. so when this happened, my mom sort of showed me and everyone that it’s okay. Give me a chance to appreciate what was in front of me instead of thinking about, Oh, I’m going to change this, I’m going to change this, I want to change this, which is where I had been for so long and still often am.

Gabe Hudson: Seeing your mother dancing, making those motions and giving off that energy kind of rooted you into the present, took you out of all those worries.

Nana Kwame Adjei-Brenyah: Yeah, it let me just appreciate this.

This comes out the day after tomorrow probably. pic.twitter.com/7ttf7I1Ylk

Nana Kwame Adjei-Brenyah: I kind of hid my face a little bit and I have my laptop and I’m surrounded by books, which is kind of on the nose and corny, but also it looks cool.

Gabe Hudson: It’s not corny, man. That shit looks cool. I like that a lot.

Nana Kwame Adjei-Brenyah: Yeah, I call it Nabokov. There’s a line in the song where I say, “One book that comparing him to Nabokov. That’s real sick. I’m not trying to call ya soft, but I think you’re fire’s pale. I’ve been throwing Molotov cocktails,” that type of thing.

Gabe Hudson: That was cool. Like, you’re talking about the literary industry a little bit, calling out one book author. Did I hear that?

Nana Kwame Adjei-Brenyah: The song ends up being a lot about that first year. I talk about myself as the world book author.

Nana Kwame Adjei-Brenyah: The song starts with clips from audio and people being extra congratulatory, which I super appreciate. But then the beat which I made is also really like harsh and dark. … I made this so I could break to it. Sometimes you got a break so you could break through it. And if this is our fate, got to make do with knowing this exactly what it takes just to make music.

Nana Kwame Adjei-Brenyah: Appreciate it. What I was trying to get at was that that time was a very, very difficult time for me. I chose Nabokov just because he’s a famous writer who some people don’t know, but many people do know.

During my trip to Ghana I had the chance to visit the village my father was born.
It’s hard to say how much I learned, how much I didn’t know. One day I’ll write something, for now here are some sights. https://t.co/Un0e5XVplq pic.twitter.com/TKkZP5VUDU

Nana Kwame Adjei-Brenyah: I guess what really hit me is your parents tell you, oh, I used to have to go do this. And for me, my dad would tell me, we used to have to go get a bucket and go to the well to get water. And you’re kind of like, yeah, okay. And then I saw this and was like, this was very literal. It gave me a totally new perspective, actually, about who he had been and what it must have taken for him to become who he was.

The next day my elbow hurt from how tightly I had been holding the mic. It was literally a dream come true. Especially in Rockland. My father was in a bad way, but was still wheel-chaired in. My teachers and friends made it. Before the event started I felt terror. It was fun.

Nana Kwame Adjei-Brenyah: A lot of stories take place in a mall. This is the mall I used to work at in West Nyack. And on my breaks when I used to work, I was on the third floor, astore called Against All Odds, if you can believe that, and upstairs was the Barnes & Noble. And on my break, I would go to McDonald’s, which was also on the fourth floor, and I’d get a large sweet tea because it was the highest caloric intake possible for the cheapest amount of money. And so I would get that little meal and take it to Barnes & Noble and just read on my break. specially during the summer when I was coming back from my undergrad and it would be the literary magazines they had there.

Nana Kwame Adjei-Brenyah is the New York Times-bestselling author of Friday Black. His work has appeared in The New York Times Book Review, Esquire, The Paris Review, and elsewhere. He was a National Book Foundation’s “5 Under 35” honoree, the winner of the PEN/Jean Stein Book Award and the Saroyan Prize, and a finalist for the National Book Critics Circle’s John Leonard Award for Best First Book, along with many other honors. Raised in Spring Valley, New York, he now lives in the Bronx.

How Grief and Revenge Made Geronimo Into a Legendary War Chief 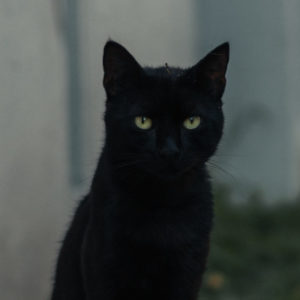 “I was away from Korea for a long time,” he said. We were having tea at a downtown café. I tried to recall the last...
© LitHub
Back to top