Scandinavia has long been a paragon of success for the rest of the world. Its generous welfare state, free education, gender equality and compulsive tolerance for ethnic difference make it a utopia for those of the progressive persuasion. American liberals in particular, have long looked North for examples of how a progressive government should operate. If we can make it that far, the region makes an excellent second choice for places to relocate to (after Canada) in the event of a Trump Presidential win.

In the past few years, however, a number of events have gone towards undoing the North’s perfect image. Most horrific, Anders Breivik’s 2011 attacks on the Oslo government quarter and massacre of the Workers’ Youth League (Norway’s dominant party) summer camp, where he killed almost 80 people in cold blood registers as the biggest. Along with the rest of the Western world, the Scandinavian nations have been forced to deal with the refugee crisis from the Middle East. Long the most welcoming countries on earth, cracks have begun to show in the process and, notably, countries like Sweden and Denmark have begun to impose restrictions, and to openly rethink their strategies for integrating foreigners into their very introverted, homogeneous societies.

Scandinavia has also played heavyweight in the literary world in the past few years, with Stieg Larsson and Karl Ove Knausgaard dominating book sales internationally. And now comes the backlash. Recently, several books have been devoted to explaining Scandinavian perfection (How to Be Danish and The Year of Living Danishly are two examples that focus on Denmark). Michael Booth’s The Almost Nearly Perfect People, released in paperback in February, has been the most openly critical—its subtitle: “Behind the myth of the Scandinavian utopia.”

Booth, a Brit living in Denmark (his wife is Danish), takes on successive Nordic countries to reveal the not-so-perfect sides of each. In pursuit of this goal, Booth interviews various experts and locals, and the result is a comedy of manners that pits a grumpy, cynical Englishman against the circumspect, ultimately patriotic Scandinavians. In particular, the author takes umbrage with their astronomically high taxes; their provincialism; and their cold manner. As the lightness of this list suggests, he isn’t entirely successful in convincing readers that the Scandinavian dark side is all that dark. As a comedy of manners, the analysis is mostly based on generalizations about each country, built on anecdote and factual tidbits. In his epilogue, he admits:

As Paul McCartney once said when a journalist suggested that The White Album might have been better as just one disc instead of two: “Yeah, well, you know, it is still The White Album.” Of course there are downsides even in almost nearly perfect societies: there are historical skeletons in every closet, and yes, countries with homogenous, monocultural tendencies do tend to be a little too safe and dull, and insular… But it’s still Scandinavia. It is still the enviably rich, peaceful, harmonious, and progressive place it has long been. It’s still The White Album.

The genuinely serious spot of darkness that Booth uncovers surrounds immigration and all of its discontents. This is extremely disappointing, as historically it’s been one of the region’s most endearing aspects: a longstanding commitment to welcoming refugees from embattled nations. Unfortunately, as of late, these countries have become hamstrung by their own generosity. The media has reported violence perpetrated by and against refugee populations. Far-right political groups are gaining prominence by exploiting tensions between citizens and refugees.

We’re used to such tensions in the US, but how could this happen in such progressive countries? ANPP provides possible explanations: ambitious, well-meaning immigration policies that fail to account for practical constraints, and the Scandinavians’ characteristic inward-looking nature. Integration cannot happen without an open discussion of society’s ills, and, Booth suggests, it is not in these countries’ nature to openly discuss anything. Jante law is the term, first coined by Aksel Sandemose in his novel about the fictional town Sandemose, that Scandinavians use to describe their privileging of collective society over individual ambition and success. It’s also behind their economic system and almost completely flat class system.

Breivik’s attacks on Oslo in 2011 are arguably the most visible outgrowth of the region’s tensions over immigration. Breivik’s motivations were laid out in the 1,000-page manifesto he distributed just before the attacks, and included white supremacy, and hatred for immigrants, and multiculturalism in general. In the book, Booth notes that “merely to ask the question ‘How has Breivik changed Norway?’ was to grant the man a far greater significance than will ever be his due.”

How have the attacks changed Norway? It seems that, after a brief respite for mourning and unity, far-right groups in Norway have doubled down on their xenophobia and racism. This isn’t surprising; think of the aftermath of 9/11, the brief feeling of unity and support for survivors and first responders, and then the explosion of Islamophobia, which has given rise to our current policies and attitudes toward the Middle East. Booth says:

Prior to 22/7… the country had the strongest mainstream right-wing party in all of the region, and one of the strongest in Europe: the Fremskrittsparti, or Progress Party. Though its popularity dipped following Breivik’s attacks, in the last parliamentary election to take place in Norway, in September 2013, the Progress Party, led by the pugnacious blond Siv Jensen, won 16.3 percent of the vote. Its triumph was all the more astonishing given the fact that Breivik was, for many years, a highly active member of the party.

Again, the most confusing aspect of Breivik’s attacks (to Norwegians and the rest of the world) was how such a progressive, tolerant nation could give rise to someone like Breivik.

Åsne Seierstad’s One of Us takes its title from this very contradiction. In the direct aftermath of the attacks, Norwegians widely believed the culprit was an Islamic terrorist (the media even reported as much), and people were shocked when they learned the gunman was instead one of them, a blond haired, blue-eyed Norwegian.

In One of Us, Åsne Seierstad constructs an immensely readable, ultimately devastating narrative out of Norway’s tragic moment. Seierstad culls police transcripts and interviews survivors to present a complete picture of Anders Breivik’s life, and every imaginable detail of the attacks.

Reading through Breivik’s back story, one picks up on familiar threads. His extremist views, isolation, and bitterness make him similar to other terrorists from Al Qaeda to the Unabomber. His failure to lack of financial or romantic success (Breivik launched several businesses, and even a political run that all ended in failure; and his most successful relationship was with a mail order bride), obsession with video games, and loner status in high school make him similar to the “lone wolf” shooters, from Columbine to Dylan Roof, in the US.

The book flashes back and forth between Breivik’s story and those of two his most notable young victims—Simon Saebo and Bano Rashid—two particularly promising members of the Youth Labour Party. For the first two-thirds of the book, the structure feels forced—an attempt, again, to deprive Breivik of the attention he so wanted (which seems ridiculous in a 500-page book devoted to him). Breivik’s story, by its very nature, is more intriguing than the lives of his upstanding victims, and the intrusions feel like just that. But by the time the narrative reaches its bloody climax—Seierstad’s painstaking rendering of the events of July 22nd—their stories compound the book’s emotional impact. Rashid’s family, who are Kurdish, escaped persecution in Iraq and fled to Norway for a better life. Reading about her murder in bloody detail, in light of her family’s struggle, was absolutely devastating. I read the final third of the book through tears.

Sadly, the pre-massacre Norway recorded in the first two-thirds of One of Us might be an artifact of Scandinavia’s glory days. Breivik intentionally targeted the youth party because it represented the promise of Norway’s progressive party. What’s resulted since—a lionized right wing, increased resistance to refugees, and even anti-immigrant violence—is unfortunately evidence of the success of Breivik’s attacks. This—topped by a 500-page book about him—is exactly what he wanted. But such open discussions—so alien to Scandinavians, as Booth clearly lays out—are necessary in order to move forward.

The Other White Flight: When College Kids Went Back to the Land 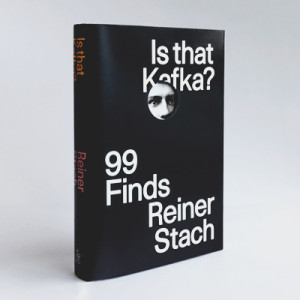 I’m an independent freelance book jacket designer. Throughout the year, I design a small number of covers for a handful...
© LitHub
Back to top