My Manservant and Me 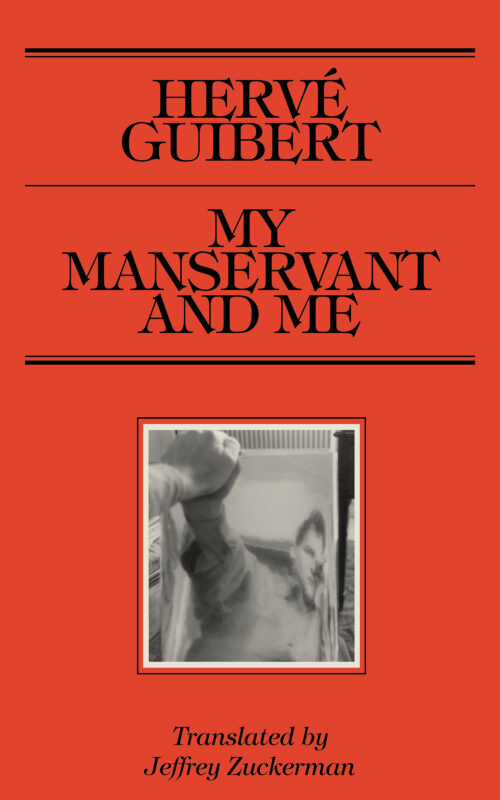 The following is from Hervé Guibert's My Manservant and Me, a madcap tale of sadistic power-play by one of the 20th century’s most beloved French gay writers. Guibert (1955–1991) was a French writer and photographer. A critic for Le Monde, he was the author of some thirty books, most notably To the Friend Who Did Not Save My Life, which presents an intimate portrait of Michel Foucault and played a significant role in changing public attitudes in France towards AIDS.

I never imagined that my manservant might like me. In fact, I thought, upon making him my manservant, that he would hate me. He was a lazy young man who, by chance, had snagged the leading role in a film and whom no director had contacted since. How unwise it proved for me to decide, that afternoon, to go see a movie at the theater.

First I’d thought about hiring, since neither my secretary nor my steward could take on such a role, and since I was farting more and more violently at those high-society soirées that I barely ever went to anymore, some elegant young man who would follow my footsteps in public, but act as if he didn’t know me, like a magician’s assistant, doing his best to blush, to cough, to discreetly apologize instead of me every time I let out one of those machine-gun gusts.

I’d imagined that whenever I brought this young man to a restaurant to keep me company after his workday, that by silent agreement we’d have decided that he would, without fail, insist to the maître d’ that he wasn’t the least bit hungry, and that with the tip of my lips, as if I didn’t want to burn myself, I would nibble at the glaze on an especially heavy dish, which I would then slide across the table toward my underling, who would wolf it down greedily. Unfortunately, nothing went as expected.

And then I’d been keen on some Pakistani steward who wouldn’t speak French, and therefore wouldn’t understand a thing when I was on the phone. I’d been set on keeping what remained of my personal life discreet; the help is so quick to gossip with neighbors and storekeepers. But I don’t have many people to talk to anymore, much less anyone to keep from understanding me. All my real friends have died, the last one less than two weeks ago.

The narrators of Russian novels have manservants who sleep like dogs in drafty antechambers, sharpen their foils for dueling, and wear their old overcoats. They’re failures, often counterparts to their masters, and could have stood in their stead had some accident of birth or some setback, some lady, sheer fate, not relegated them to this rank. They’ve been worn down into servility, all their being exudes something rancid. They work without any love, any attentiveness, not even waxing their masters’ boots can spark their enthusiasm.

My own manservant was a killer lying in wait; that was why I’d chosen him.

I was a man in decline. I needed a true bodyguard, someone who would pull me upright when I fell, get me dressed, massage my legs when they were so swollen that I couldn’t feel them anymore.

My manservant was the polar opposite of the usual Russian manservant: he carried out the least obligation with zeal, as if this act, in this case getting me out of my bathtub, was of the most vital interest to him. Maybe it was the fervor of hatred that drove him; there was no way for me to know at that point.

Did he at least have his eyes on my inheritance? I myself had been the beneficiary of my great-grandfather’s colossal fortune, and I already had an astronomical number of nephews and nieces, great-nephews and great-nieces, the men embassy secretaries and marketing directors and lawyers, the women press agents and art dealers. I felt no affinity for this brood, and I knew that, unless I pulled some unlikely trick, for example adopting my manservant, it would be those more or less detested nephews and nieces who would inherit some of my great-grandfather’s fortune which I’d already started frittering away on these trips to the other end of the world with my manservant.

That said—and I don’t even consider myself all that miserly—I do like to travel economy. Even from Paris to Rome, I take the 895-franc Nouvelles Frontières charter flight. People in second class turn out to be far more easygoing than in first. I’ve always been good at deceiving anybody around me. The two of us, my manservant and me, went virtually unnoticed. We seemed like two guys as young as everyone else, like two brothers. I’m eighty years old but on the plane I’ll wear cushioned Nike tennis shoes, tight jeans, leather jackets, my Ray-Bans hiding my crow’s feet and my hat the scalpel’s touch-ups from the facelifts I’ve undergone every five years without fail since I turned forty; exfoliating costs more than the actual operation, as in any case it’ll all have to go under the knife again. I feel like I’m young for a second time. On my Walkman, I’m listening to the same music as my manservant, some rap I can barely get my head around, I’m chewing the same gum and its flavors are the same sickening ones.

My manservant is a gem. He would never, not with any apologetic glance offered to some young woman stunned by the unlikely couple we made, or some other kid trying to figure out his involvement, betray my true age, which he certainly isn’t unaware of as he takes off my shoes, unobtrusively lifts me out of too-deep seats I had to sit in, almost pulls on himself the sleeves of my jacket become too heavy to shoulder, and administers my injections into these bony limbs where there’s nothing left to prick.

I’ve been distraught since I was twenty by the situation, the fundamental structure of servitude: does this mean I like to enslave others? Budapesti tavern servers in white clothes and golden buttons, Moroccan bellhops with fezzes, Japanese taxi drivers wearing cotton gloves, La Coupole waiters tucking tea towels into those pants’ low-slung, tight-cinched waists have always struck me as the epitome of elegance—when their lot in life hasn’t driven them to despair.

Why doesn’t my manservant leave me? Sometimes I do wonder. He starred in the film when he was fifteen, but his director, set on keeping some mystery, convinced that this sudden miracle of an actor might strike audiences as unremarkable, barred him from doing press junkets, going on Drucker’s or Sabatier’s shows as he’d always hoped to, posing for fashion shoots, or answering pretty journalists’ self-aggrandizing questions. The director, determined not to be outshone, as he was a man who commanded plenty of attention himself, thrust forward this fifteen-year-old total unknown as a hero and yanked him right back into the shadows so that he would be immediately forgotten behind some hazy memory of his character. I have to confess I feel no sympathy for the director in question, he’s the one who, in a way, found my manservant, not I, even though I’d have been proud if I had. I didn’t make my manservant prove himself before I hired him: a simple gentleman’s agreement bound us to one another.

Now my manservant is twenty; at this point nobody would recognize him on the street or recall his character in that mediocre film which never aired on TV but which we still have on a videotape that we sometimes take some pleasure in watching. My manservant hadn’t aspired to or even imagined a career as an actor. He would more likely, had I not popped up, have become a mechanic or a truck driver. A simple soul, but a devious one as he’s stayed at my beck and call for four years.

High Times in the Low Parliament by Kelly Robson, Read by Amy Scanlon 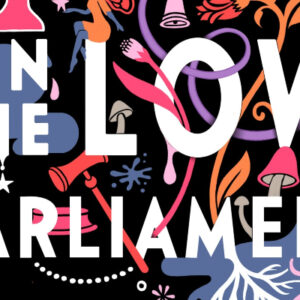 High Times in the Low Parliament by Kelly Robson, Read by Amy Scanlon Every Monday through Friday, AudioFile’s editors recommend the best in audiobook listening. We keep our daily episodes...
© LitHub
Back to top