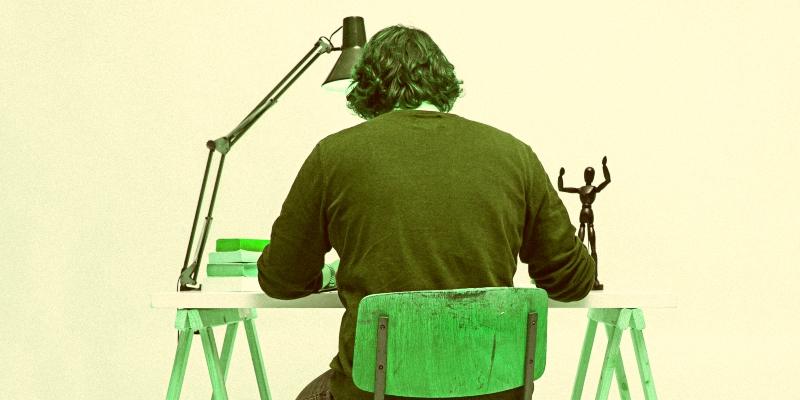 On Addiction Tropes, “Grittiness,” and the Freedom to Focus on Ideas

I never wanted to write autofiction or anything based on my “lived experience.” I especially did not want to write a book about addiction. The books I love are typically sweeping third person narratives, intricate massive stories unfolding over 800 pages. Autofiction seemed like a derivative and egotistical art form to me. First person narration usually makes me cringe. It took me a long time to get to a place where I could even stand the idea of my little 70,000-word drug story. And then I named the main character after myself. Jesus Christ.

When I started writing what would become my book All Day Is a Long Time, it was my first semester in grad school and I had only been writing for a few years. I was walking around carrying years of intense personal baggage that I knew was probably artistically useful in some way, but I had never tried to use it. I had an assignment due that day, and I was chain smoking while I tried to think of something to write. The cigarettes were making my mouth dry, and I got to thinking about something I had heard years before, that meth stops you from producing saliva, and saliva keeps your mouth balanced, keeps your teeth from rotting. I wrote that down. I wrote down a bunch of other tidbits about drugs and drug use that I could remember; static, scientific facts and tiny little micro-stories ripped from my own life. It all had an authority that I could never seem to muster in the other stuff I wrote.

And yet I saw it lacking, I could feel myself playing into tropes I didn’t like: “gritty” doesn’t mean good. I got to thinking about what is lost and what is gained in this point of view. I spent the next few years trying to figure that out and play with it. It isn’t like I was walking around with this story that was begging to be shared. There wasn’t a sense of urgency about it to me, but there was a freedom in writing this way, not worried about plot or character, getting to focus on words and ideas.

It took me a long time to get to a place where I could even stand the idea of my little 70,000-word drug story. And then I named the main character after myself.

“Addiction” as a word, and a concept, dominated years of my life: my formative years, the late teens and early twenties. It was meant to sum up all of my life experiences. It was on the signs and in the brochures of all the facilities I went to, on the lips of judges and P.O.s and doctors, on the walls and in the books of the self-help programs I attended. But most of all, it was in my head, coloring the way I thought about myself. And while there is no shortage of addiction stories, the tropes are well-worn through just about every medium, this sort of struggle to reconcile the chaos of the brain with labels and rules provided me with a little in-road into literary art—it gave me something I could work with.

The very concept of addiction, wanting something and not wanting it at the same time, brings up some interesting conflicts in the idea of free-will and selfhood. And the natural drama of just being broke and needing drugs—a little crime, a little heartbreak, a little family tragedy—could buy me some time with a reader to get into the stuff I really wanted to get into: God, self, memory, nature, art.

And if I did my job right, the drama and the stream of consciousness stuff would supplement one another, making the combination more powerful than the sum of its parts. Not to mention, in a country where almost 250 people die from overdose a day and most public measures to address this are both inhumane and ineffective, there is still some narrative juice to be squeezed from addiction. After all, the story doesn’t just mirror my own life, but probably the lives of about ten people any given American went to high school with.

It’s sort of funny that in writing a book full of nasty, embarrassing, and shameful things that mirror the nasty, embarrassing, shameful things I have done in my own life, the aspect I am most self-conscious of is the style of writing. But in thinking on the visual culture we live in, I knew this book needed to rely on the unique strengths of the medium. Why write a story that could just as easily be shown in visual form when we have the technology to beam it directly into someone’s head? In that way, I started to become proud of my little book. If you tried to act out all the scenes, it wouldn’t resemble the book at all; there was something inherently word-centric about what I had written. The character David is so lost in his own words and the words around him that he can hardly stand it. Words are flawed and hard to grasp, and no one struggles to grasp them more than him. He lives in the flaws, is consumed by them.

I think, I hope, the book itself is better than the premise of the book. That’s what I wish for it most of all. And while I’m sure it will be viewed as essentially an addiction memoir, I tried to push it into something a little deeper, an even older, more basic genre of story—the conversion narrative. I always viewed my main character as a sort of monk in crisis. While he is definitely hedonistic, there is something self-starving about him; he is serious and pious and driven by awe, and he lives a strangely academic lifestyle for someone in his situation. I wanted the book to power through the gritty, solipsistic subjectivity of addiction and get at the fundamental, universal beauty of the world and the human heart.

But a book needs grounded perspective, and, as an inexperienced writer, the most organic way for me to get there was to mimic the natural perspective of life—first person. From the poetry and veracity that flowed so easily from this point of view, I could flirt with other ways of thinking. I could dramatize perspective shifts and get little glimpses of what objectivity could look like. Someday I’ll write that big, objective, polyphonic novel; I’m just not sure I’m smart enough, yet. 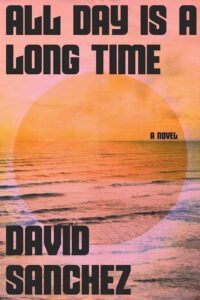 David Sanchez’s All Day Is a Long Time is out now from Harper Books.

David Sanchez is the recipient of a James A. Michener Creative Writing Fellowship at the University of Miami, a PEN America Writing for Justice Fellowship, and a Tin House Scholarship in 2018. He lives in Tampa, Florida. All Day Is a Long Time is his first novel. 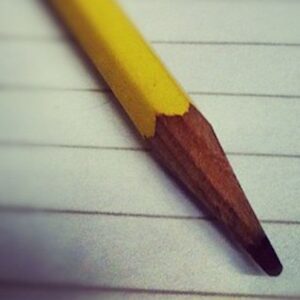 I’m writing this so I can tell you that what you’re thinking about me is exactly what I’m thinking about...
© LitHub
Back to top
Loading Comments...