Andre Bagoo Looks Back on Some Very Earthly Attachments

I judged Siddhartha by its cover. It was sleek, with green, leafy designs and a bold grey type. I was only vaguely familiar with Hesse. The book’s back copy disclosed he’d won the Nobel Prize in 1946. It further informed me that inside was the story of young Siddhartha’s search for ultimate reality after meeting with the Buddha. This intrigued me not because I was into spiritual or philosophical things. Rather, I was intrigued because a cute British guy in my contract law class happened to be named Siddhartha. When I opened the book in the shop, I felt as though I found a key to my crush, something that could tell me a little about who he was and how he’d come to carry his name. I fell in love with the opening:

The repetition of the word shade, the chain of hissing sibilants, the litany of nouns, adverbs, and definitive articles—all of it felt like some hypnotic ritual I was being indoctrinated into. The riverbank, the mango grove, the shady house: all the settings, telegraphed quickly, felt tropical and familiar for someone coming from the Caribbean. The succession of vivid images (the falcon, the sun, the handsome black eyes) worked as frames in a surreal film. I was drawn to all of it back then, and I am drawn to it as I write now. I can see myself standing among the tall canyons of books in the quiet, half-empty shop.

The year 2022 marks one hundred years since Siddhartha’s original publication in Germany. I don’t expect many to notice. These days, Hesse’s work is hardly among literature’s bestsellers. Yet for me this novel is an eternally unfolding lotus: as fresh as the day I first read from its leaves, its words, circling endlessly through time, recurring again and again in my life.

I read the central struggle of Siddhartha not as a concern with the meaning of existence but as an illustration of the hollowness of a life in which one’s true sexuality is suppressed.

But yes, boys. Some weeks after reading the book, I finally worked up the courage to chat with Siddhartha, who had black, shaggy hair and Billy Zane eyes. I asked him if he was named after the character in the novel. He rolled his eyes as though he’d been answering this question all his life and said yes, his parents were fans of Hesse and had read Siddhartha and Steppenwolf but he hadn’t read either and couldn’t comment on their qualities and wasn’t into novels anyway. (A few months later, when examination results were released for the term, he demonstrated just how little he resembled his namesake: he had an intemperate outburst in the law-school common room. Unlike Hesse’s character—who is constantly traveling, seeking new vistas and new understandings—this guy went on a rant about how international students were coming to Britain to take the jobs of British people. I avoided him studiously after that.)

Another time, in jurisprudence class, the book slipped out of my knapsack and Rob, a visiting Canadian student who looked like one of those beautiful, compact divers you’d see cutting water at the Olympics, said how much he loved it. At the start of that seminar, we spent a good while gushing about Hesse’s clear prose; the minimalism of his descriptions; the fable-like quality of the writing (Voltaire’s Candide meets Ernest Hemingway, I said); the epic scope of the ideas; the intimacy of the book’s climax, which involves sweeping moments of self-realization. But after class we didn’t seem to have much else to say. Should I ask him out for coffee? I wondered.

I wasn’t sure if he was into me or simply being friendly and polite the way Canadians are famous for being friendly and polite. Adding to my hesitation was the fact that I was shy and relatively green, Roman Catholic and a little repressed. London was the first time I felt I could be openly gay. I was still learning things about myself. Rob and I went our separate ways, and his visiting exchange ended not long after.

Perhaps it’s not surprising I think of boys and frustrated intimacy whenever I consider this book. Outwardly, Siddhartha tells a story of a forlorn man missing something in his life. In searching for what is missing, he makes false turns, wrongly thinking devotion to family, friends, a woman, or fatherhood can be the solution. None imbue him with peace. It is only when he forms a kind of union with nature, symbolized by a river whose gushing waters speak to him, that he comes to nirvana: the realization that everything is connected and everything simply is. As critic Adam Kirsch observed of Hesse’s prototypical hero, “he remains unhappy in every condition, until he finds that the only true wisdom is non attachment.”

The year 2022 marks one hundred years since Siddhartha’s original publication in Germany. I don’t expect many to notice.

And yet, in the text, the one enduring thing in Siddhartha’s life is his relationship with his friend Govinda. So central is Govinda he appears in the book’s opening and closing sentences. “But more than all the others he was loved by Govinda,” Hesse writes early in the story. When Govinda leaves Siddhartha’s side in order to join the Gotama Buddha, Siddhartha remarks: “He has deprived me of my friend, the one who had believed in me . . . who had been my shadow and is now Gotama’s shadow.” This separation triggers a further wave of discontent: “I was afraid of myself, I was fleeing from myself.”

Eventually, lonely Siddhartha couples with a woman named Kamala, a courtesan. Hesse’s choice in making Kamala, the lone female figure of the novel, a prostitute signals unease with the feminine body, marking it as dangerous and held apart within the world of the novel. Though Siddhartha has a sexual relationship and fathers a child with this alluring woman, it is his lingering thoughts of Govinda that leave a lasting impression. One night, when Siddhartha comes across a ferryman who lets him sleep in his hut, Siddhartha dreams of his best friend:

He embraced Govinda, wrapped his arms around him, and as he was pulling him close to his chest and kissed him, it was not Govinda any more, but a woman, and a full breast popped out of the woman’s dress, at which Siddhartha lay and drank, sweetly and strongly tasted the milk from this breast. It tasted of woman and man, of sun and forest, of animal and flower, of every fruit, of every joyful desire. It intoxicated him and rendered him unconscious.

When Siddhartha encounters him a second time, the ferryman is described in decidedly homoerotic terms: “He worked calmly, his eyes fixed on the front of the boat, with brawny arms. Siddhartha sat and watched him, and remembered, how once before . . . love for this man had stirred in his heart.”

After all these trysts and perambulations, the book ends with a return to its central relationship. Govinda and Siddhartha exchange a chaste kiss and discuss all they have learned in life while apart. The book’s closing sentence begins, “Deeply, Govinda bowed; tears he knew nothing of, ran down his old face; like a fire burnt the feeling of the most intimate love.” For all of Siddhartha’s willingness to learn and his copious wisdom, it is his tragic blindness to the fact that Govinda is the love of his life that becomes the real “lesson,” the real warning of this novel.

I read the central struggle of Siddhartha not as a concern with the meaning of existence but as an illustration of the hollowness of a life in which one’s true sexuality is suppressed. Its extremes of deprivation and ascetic suffering; its superficial gestures toward, then rejection of, heteronormative pairings; its obsession with religious rites—all are merely techniques for the management of a kind of homosexual panic. Just as one may read the anxieties in Henry James’s The Beast in the Jungle as a closet drama of failing to come to terms with one’s queer sexuality, so too can Siddhartha be seen as a queer novel.

In an introduction to Steppenwolf (which I’ve not finished reading after all these years of trying, as much as I love Siddhartha), Hesse complained that his poetic writing was often misunderstood. But he nonetheless conceded it was up to the reader to interpret his work, declaring, “I neither can nor intend to tell my readers how they ought to understand my tale. May everyone find in it what strikes a chord in him and is of some use to him!” Who knows if Hesse would approve of my wayward ways. He would certainly not deny me my right to remember the version of the book I first found as a young, single student in London one balmy autumn day in 2004. 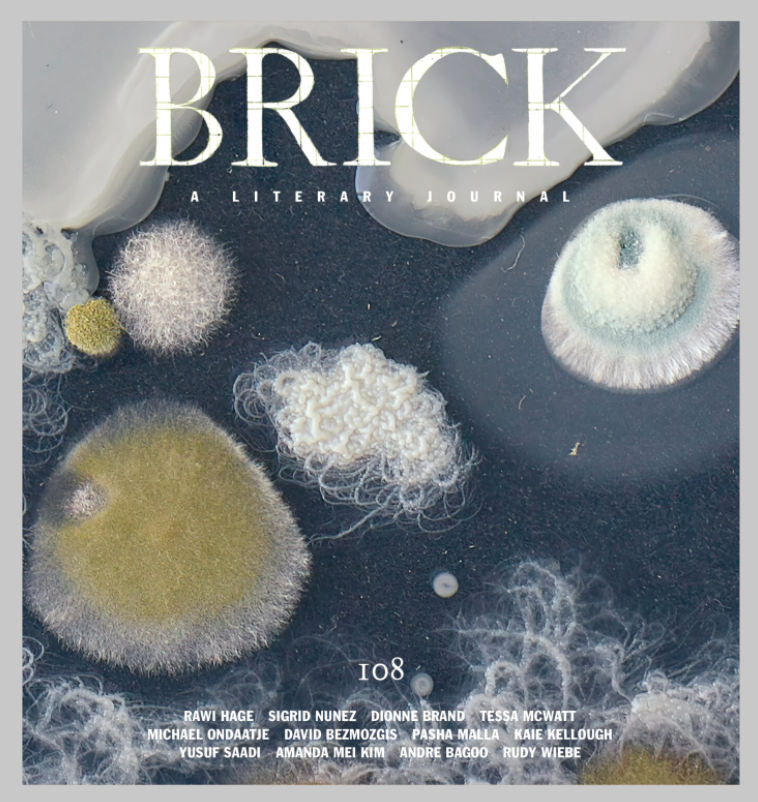 This essay appears in the winter 22 issue of Brick Magazine.

Andre Bagoo is a poet and writer from Trinidad, the author of several books of poetry including Trick Vessels (2012), BURN (Shearsman, 2015) and Pitch Lake (Peepal Tree Press, 2017). His poetry has appeared in journals such as Boston Review,  Cincinnati Review, St Petersburg Review, PN Review, POETRY, and The Poetry Review. He was awarded The Charlotte and Isidor Paiewonsky Prize in 2017. His essay collection, The Undiscovered Country, was published by Peepal Tree Press in 2020 and won the 2021 OCM Bocas Prize for Non-Fiction. His fiction debut, The Dreaming, is forthcoming from Peepal Tree.

Learning From Almanac of the Dead, a Hallmark of Indigenous Literature 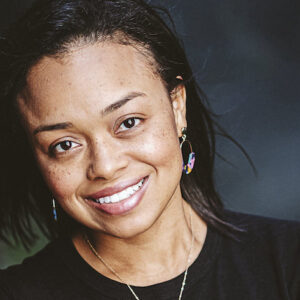