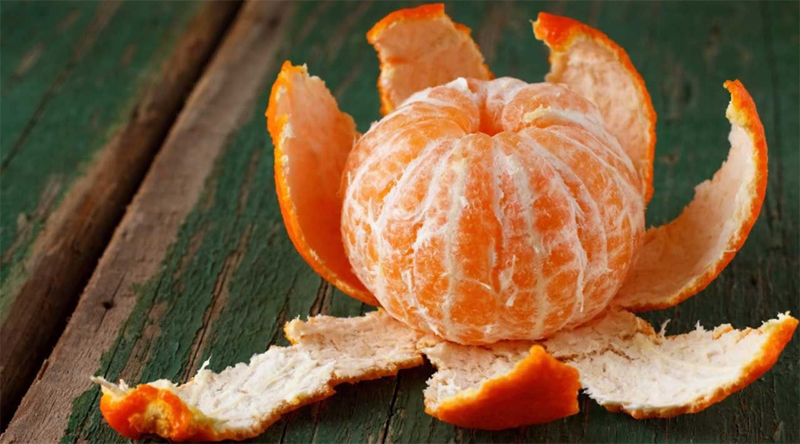 My father knew the names of clouds and could tell what was burning by the color of smoke in the distance. Our town was small, and the smell of the foundry was like rotting flowers but it never found its way to Main Street, where on the fourth of July we waited for the crack of hard candy on pavement, watching our dad direct traffic with a whistle. I spent most of my early childhood believing that this was the extent of his job.

He always wanted one of us to be in a marching band—none of us was any good, or made it past sixth grade’s music class. I still cry at parades—the kids’ faces ruddy under their visors. It’s a shame to disappoint my father.

A few months before my book came out, a friend asked if there was anything in it that would upset my parents. The truth was that they’d already read the longer version of the manuscript long ago, right after I’d signed my contract. My dad called me the night he finished reading it. “I noticed that you have a lot of oranges in your book,” he said.

My father wore a leather gun belt that creaked when he took off his coat and sat down to dinner with the warning murmur of his walkie-talkie—mostly word of brawls in bars across the river. Twice he killed rabid animals at the edge of our yard—a trapped skunk, a raccoon from her tree in a froth like catalpa flowers. We lived outside of town, and there was nothing much to fear, though one night we answered the door to a woman’s split mouth and swollen eyes. I’m sorry, she said, but I heard a policeman lives here.

He only had 30 minutes for his dinner break, so on nights he worked, there was an air of having a guest. My sister and I would crawl all over him, showing him pictures we’d drawn that day—a rainbow with its colors backwards, a tree with its flightless red bird, a pony with a cricket’s legs. Most nights, he’d hold my baby brother while he ate. Pulling out of the driveway on his way back to work, he’d sometimes turn on the patrol car’s lights for us. Sometimes, if he had time, he’d swing back out to us with treats from the gas station—Hostess cupcakes for my sister and me, and a Suzy-Q for Mom.

My dad didn’t exactly fit in in his department—a large part of why, eventually, we moved away. He had a policy—if he was having a bad day, he wouldn’t write any speeding tickets, only warnings. He didn’t want to pass his bad mood along. And when it was slow, he’d use the radar gun to clock the kids in the park as they ran past. He was teased for this. And also because he didn’t go on hunting or fishing trips. And because he didn’t join bowling leagues, or go snowmobiling, or watch football.

At one point, when I was a teenager, my dad would take classes at the tech school nearby. One of this classes had him writing personal essays. His teacher helped him publish one, about his experiences being a police officer in a small town. My mom framed it and hung it on the wall in the family room. Later, she did the same with my poems.

Dad joined the Army as soon as he graduated from high school, because the only other option was to stay and work at the shoe factory, or the cannery. He didn’t escape shift work, though. I asked him, at one point, when he slept when we were little. Because I liked the turn of phrase, I clearly remember him saying, “I’m on midnight-to-eights this week,” and wondering what it meant. Many days he took care of us during the day while my mom was at work. “Now you know why I was always trying to get you to nap with me,” he said.

None of the grief in my book was a surprise to my dad. I’d separated from my partner of more than six years and I suffered for a long time because of it. My dad had loved him as a son, so he understood something about the loss. During the time I was grieving, my younger brother left on his second deployment—this time to Afghanistan. I was a wreck that summer. I wasn’t eating or sleeping and I looked and felt horrible. I refused the offer of my parents and sister to drive the five hours to help me celebrate my birthday. My dad suggested that he come alone—I relented when he promised that I wouldn’t have to be happy around him. That we could just have root beer floats and watch Hell Boy together. While he was visiting, he sat beside me while I made an appointment with a doctor. He cried when he got into the car to leave that Sunday. “This is like watching you fall through the ice,” he said.

Dad spent his childhood with his brothers, shooting empty hip flasks behind his neighbor’s trailer house. They could line them up and knock them down all day long and not run out. Once, he found a litter of kittens trapped in the guts of an old tractor. He spent all day taking it apart, to rescue them, only to have another cat kill them all in the night. He told us how he found their tiny limbs in the hay loft. His childhood was mostly a collection of stories like these.

For years, he has called me from the car every time anything remotely related to poetry was on NPR. Sometimes it wasn’t even poetry—just something he thought I might be interested in, or might want to write about. One night he called and left a voice mail: Hi Gretchen, it’s your dad. I’m just calling because they’re doing a story on NPR about this woman who is going to be the first to reach the South Pole alone. She said that it’s been harder than she thought it would be, and that this is the first day since she set out that she hasn’t cried. I don’t know why, but it made me think of you. I just wanted you to know that she’s less than ten miles from her goal right now as we speak…

Of all the stories I have come to hear (from his mouth and from the mouths of others) about my father’s life as a police officer, here is the worst. He responded one night, to a call about an accident. He recognized the car right away, even though it was wrapped around a tree. It belonged to a teenager he’d written speeding tickets for, and whose parents he’d called, on occasion, to let them know he’d been drag racing, or that he’d been burying the needle on the county roads just outside of town. The boy was lying in the grass outside the car with a crushed throat. While his partner radioed for an ambulance, my father breathed into the boy. His partner told him to stop, but he kept at it, until the ambulance arrived without a siren. My father didn’t stop until the paramedic touched his shoulder. Back at the station, his partner laughed, and told the rest of the cops at the station—You should have seen him, huffing into that dead kid. Ha, ha. My father crossed the room, stood eye to eye with his partner and said: If it was your kid, who would you want showing up? Someone like me, or someone like you? This is another story that I did not hear until I was grown.

The night of that teenager’s death, on his way out of the station, my dad stopped to talk to the dispatcher, a woman named Sandy who was a friend of his. A few months after this night, my father will be air lifted to a hospital. It will be Sandy who takes a car and drives out to tell my mom. The memory of Sandy walking up our front walkway and my mom seeing her, and saying in a terrifyingly flat voice, “This isn’t good, kids… this isn’t good,” is crystallized in my memory. So it seems appropriate that it was also Sandy that he debriefed with, after the bad night he’d had. “I think I’ll go home and have a drink,” he said.

When he got home, it was late, and we were all sleeping. He poured himself a drink and then sat at our kitchen table, looking at it for a while before pouring it down the drain, and taking an orange out of the wooden bowl on the counter. He sat and peeled the orange carefully—as carefully as he would peel it for me, so that there was no pulp remaining—and then ate it slowly, one segment at a time before turning off the light and heading upstairs to bed.

The next evening, Sandy asked him about his drink, and he said, “I didn’t have a drink. I had an orange instead,” and she laughed. It became a joke between them. “Is it an orange night, David?” she’d ask as he left each night. Many nights were “orange nights” but I never knew.

When my dad came for my birthday, he had taken me out for pizza and listened to me cry, and then took me out for breakfast and listened to me cry. And so in an effort to show him at least a moderately nice time, I took him out to Fort Snelling, where we could watch military reenactments and see, among other things, the oldest building in Minnesota. In the parking lot, we watched a huge wild turkey strut around. Eventually, it discovered its own reflection in the side of brand new, shiny Jeep, and proceeded to peck at it. Hard. Bonk. Bonk Bonk. I died laughing (what an idiot!) until my dad pointed out that lately, I had been acting a lot like that bird: my own worst enemy. I spent most of the day taking pictures of my dad who was taking pictures of Fort Snelling. In the gift shop, he bought a little stuffed version of the turkey, despite the fact that I was very much an adult. “Stop being a turkey,” he said, and pecked my face with it.

Months later, reading my manuscript, he came upon all the oranges in my book, including a poem called, “The Orange,” where I mention, specifically, how carefully he peeled oranges for me when I was little. “It’s just strange,” he said. “I never told you any of this, but it’s almost like you knew anyway.”

Gretchen Marquette is the author of a collection of poems titled May Day. Her poetry has appeared in Harper's, the Paris Review, and elsewhere. She lives in Minneapolis, Minnesota. 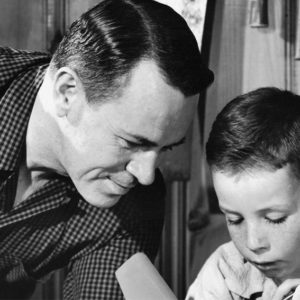 Since my wife took her dream job at an art museum last fall and committed herself to the hour-long commute that came with...
© LitHub
Back to top