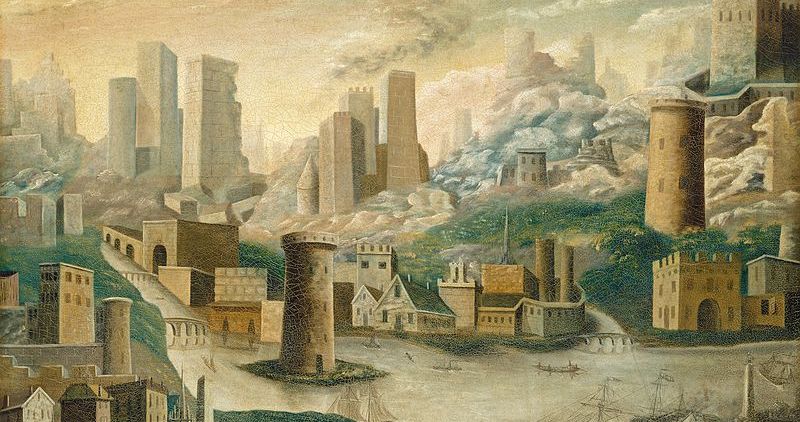 My Dystopian Fiction Longs for a Better World

I am a pessimist. It has served me well in life—and in writing. I know things might not turn out well, so I focus on what I can control, which is the work itself. I have improved rapidly, as a result. I am a pessimist, and for the most part, I like it that way.

Science fiction, my preferred genre in reading as in writing, is therefore a predictable match for me. Science fiction warns us. 1984 cautions us against government surveillance, propaganda, and totalitarianism. The Handmaid’s Tale shows us the horrors of systemic misogyny, taken to its extreme. Science fiction is also a mirror: it reveals us to ourselves, shows us both our complicity in harmful systems and our individual frailties.

The Power by Naomi Alderman is an example of the former—what would women do with extraordinary power? The same things as men, it turns out; the system is the problem. And you can find an example of the latter in the story “Anxiety is the Dizziness of Freedom” by Ted Chiang, which explores what we would do with the ability to communicate with parallel versions of ourselves—we would fall into self-destructive patterns and require therapy, naturally.

People are always people, science fiction says. Even in the future.

It’s possible science fiction is growing yet more pessimistic as our society marches on into the digital era and people become more worried about the effects of technology on our brains and our culture. William Gibson, author of Neuromancer, said in a recent New York Times interview, “In my childhood, the 21st century was constantly referenced. You’d see it once every day, and it often had an exclamation point,” but that “we don’t seem to have, culturally, a sense of futurism that way anymore. It sort of evaporated.”

I see this, too. We might get excited about the fancy new camera on our smartphones, but we’re not pleased when our phones suggest articles about things we only mentioned in passing conversation aloud, even if we dismiss it later as paranoia or the shocking accuracy of our algorithm. Some of us cover up our laptop cameras with tape because we know they can be turned on at random, without our knowledge. CRISP-R might cure cancer, but it might also make the movie Gattaca a reality. It’s all very unsettling.

I find satisfaction in reading science fiction like this, which resonates with my perception of human nature or perhaps even makes me more deeply aware of it. I believe wholeheartedly in our shortcomings, our limitations. It is comforting, even, to know that others see the same way I do. So you might expect that when I put pen to paper and inevitably robots and space travel and divided future societies flowed out of my brain, I found myself writing stories as pessimistic as I am.

I wrote a series of short stories in which technology is used to facilitate human connection rather than fracture it.

But that’s not what happened.

My first book, Divergent, started out that way. A society divided into five virtue-based groups, in which one group predictably makes a grab for power and the dehumanizing system breaks down? Sounds like dystopian fiction to me. The series doesn’t even have a happy ending. But it does have a hopeful one, an ending in which the world without the harmful faction system is better, gentler, and kinder. In which the work that we do to change our situation produces good fruit.

Odd. Do I really believe such a thing is possible? Because I would have told you, before I wrote it, that I didn’t.

This trend only continued for me. I wrote a series of short stories in which technology is used to facilitate human connection rather than fracture it. In my story “Inertia,” for example, a consciousness-sharing technology allows a teenage girl to reconnect with her estranged best friend before he goes into risky surgery. In another one, “Hearken,” a brain implant gives some people the power to hear music in dying cells, so they can contribute something beautiful to an apocalyptic world. I’m starting to think that my own brain is poking fun at me. See? It says. Maybe you secretly think the future is bright, you big softie.

People often ask me—probably because my earlier work is written primarily for younger audiences—what my books are supposed to say. What is the lesson that I am trying to teach with my work? I have always been uncomfortable with that question. I’m a writer, not a teacher. I don’t write fiction to declare things or hand people neat lessons. I write to explore. And more than that, I am realizing, I write to argue with myself.

What helped me to realize this was a television show called Schitt’s Creek, which is a nonstop comedy delight. In Schitt’s Creek, one of the main characters, David, falls in love with his seemingly-straight business partner, Patrick. It not only works out well for him (in spectacularly joyful fashion), but the love story is safe in this small, low-income town, where you might expect both men to be met with hostility.

When the show’s creator, Dan Levy, was asked why he chose to make homophobia a non-issue on the show, he said, “To present something as it should be, I think, has a much more powerful effect in people’s homes.” He made Schitt’s Creek into a dream of what could be, of what should be.

We tend to think of positivity in media—warmth, happy endings, comedy, all of it—as if it’s fine for comfort, but doesn’t accomplish anything powerful. It’s not serious or important, in other words, if it indulges in optimism. I used to agree with that. Now I really don’t, and it’s because of my writing.

This weird optimism that sneaks into my work, unbidden, has forced me to articulate what I value and want. For me, it’s much easier to tell you what I don’t want. I don’t want social media to take over my brain; I don’t want to lose my ability to focus on one thing at a time; I don’t want Google to know where I am all the time. But what do I want from technology? From the future? From the world?

I have learned more about myself and about the world through bullying myself into being positive than through indulging in my natural leanings.

My first book for an adult readership, Chosen Ones, is about five thirty-somethings who saved the world as teenagers from an evil “dark lord” figure and now have a heap of issues from that enduring trauma, as you might expect. For Chosen Ones, I developed an alternate universe that deviates from our own in 1969, at a particular point in history in which magic spilled into the world all at once. This event changes everything, as you might imagine, from modernist architecture to technology—why rely so heavily on, say, computers if you have magic?

I had to make a lot of choices, when building this world, about how the proliferation of magic would affect us. Some of my choices were more frivolous—we would change our fashion trends to accommodate our magic-tech, just as we’ve developed touchscreen-friendly gloves—and some of them went deeper. I told my husband, one day, that I was struggling to decide whether magic would cause more social media use or render social media meaningless, and I had arguments for both. He said, well, which one do you want?

I am willingly and often enthusiastically present on social media, but like many people, I am also uneasy about what it’s doing to my brain and attention span. So what I wanted from the alternate world of Chosen Ones was to imagine a world in which there was no social media. In which people needed each other to be physically present in order to do complex works of magic. In which people were more likely to gather in a public park with their weird magic-tech devices than to sit in front of a screen. I wanted to see what it was like. If it would work. What it would cost us, if anything.

I wanted, in other words, to articulate what I might want to see in the world, rather than to point out what I didn’t want.

And it clicked for me: I write to challenge myself, my assumptions. And for someone who sees a handful of negative outcomes for every positive one, who can tell you a thousand things she doesn’t want but very few that she does, having to give voice to a dream is the ultimate challenge. I have learned more about myself and about the world through bullying myself into being positive than through indulging in my natural leanings.

It is essential that writing shows us to ourselves, warts and all. I cherish and value the works of science fiction that have made me more aware, that have warned me against my worst instincts and the insidious aspects of our culture. But I have also embraced a different role for myself: the uneasy pessimist, at war with myself in writing, articulating dreams instead of nightmares. 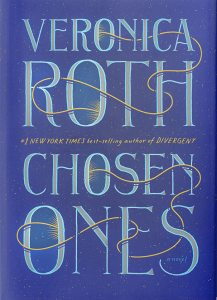 Veronica Roth’s novel Chosen Ones is available now from HMH.

Veronica Roth is the #1 New York Times best-selling author of the Divergent series (Divergent, Insurgent, Allegiant, and Four: A Divergent Collection) and the Carve the Mark duology (Carve the Mark, The Fates Divide). She is a board member of YALLFest, the biggest YA book festival in the country. She currently lives in Chicago. Her latest novel, Chosen Ones is now available. 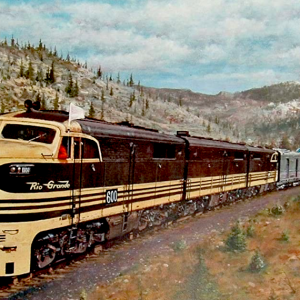 Toward the end of last year I found myself craving both snow and a slowing down of time. It had been a feverish few months...
© LitHub
Back to top
Loading Comments...