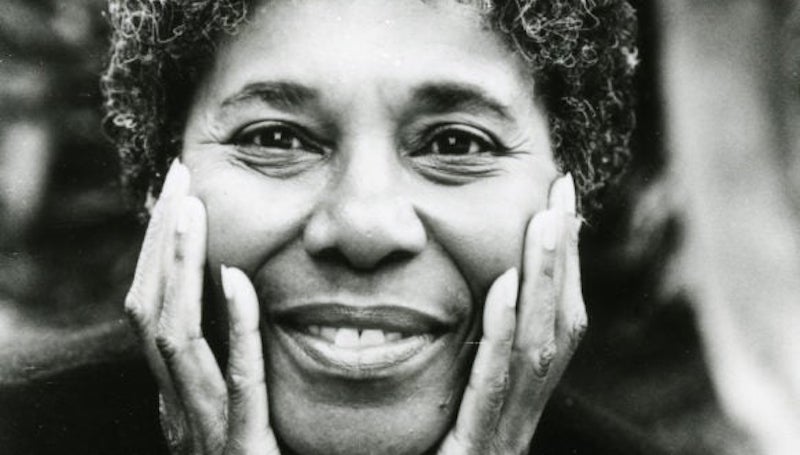 Mourning Paule Marshall, the Foremother Who Didn’t Always Love Me Back

Rosamond S. King on the Contradictions of Literary Gratitude

On August 12, Paule Marshall died. It was exactly one week after another black woman author passed away—that author had won the Nobel Prize, and a major documentary about her is or was probably playing in a theatre near you. I was sad about Toni Morrison’s death and posted images of and quotes from her interviews. But when I heard about Paule Marshall’s passing, I had a deeper and wider range of feeling that surprised me—sadness that there wouldn’t be another novel, anger that I never got to meet her, to interview her, or just to ask questions I never got answers to. I’m a queer Caribbean writer and critic, and Marshall is the literary foremother I love who didn’t always love me back.

In 1959, the year of the Cuban Revolution, when Richard Nixon was vice president, when most literature, and certainly most Caribbean literature, was published by men, Paule Marshall, a brown-skinned, Brooklyn-born daughter of working-class Barbadian (or Bajan) immigrants, published her first book, Brown Girl, Brownstones. By the time of her death on August 12, Marshall had written nine critically acclaimed books, won a MacArthur Fellowship, a Guggenheim Fellowship, the Before Columbus Foundation’s American Book Award and numerous other accolades. Her work became a staple in college classrooms of both African-American and Caribbean literature.

Just shy of 40 years later, I, the brown-skinned daughter of immigrants from Africa and the Caribbean, began reading Marshall’s work while at college in upstate New York. Her fiction, groundbreaking because of its frank portrayals of black, working class families, and because her protagonists clearly see the good, the bad, and the hypocrisy in the communities they belong to and love, still feels relevant and urgent. These black women she wrote about—sometimes young, often middle-aged—struggle to come to terms with their personal and cultural histories and with figuring out where they belong (and for the older women, what and whom to embrace in the second half of their lives).

Her description of Caribbean-American experiences in Brown Girl, Brownstones resonates with immigrants of many backgrounds in the midst of today’s vocal anti-immigrant sentiments. And her portrayal of everyday black women—those she called “kitchen table poets”—who seek lives of great joy and fulfillment, including both an intellectual life and sexual pleasure, provides a model for resisting seduction by the anger and despair that surrounds us.

In a 1983 essay for The New York Times, Marshall wrote “I grew up among poets. Now they didn’t look like poets—whatever that breed is supposed to look like… They were just a group of ordinary housewives and mothers.” She described their conversations as therapy—“the cheapest kind available”—for and as “refuge” from the humiliations suffered in this country. But Marshall notes that these conversations served another important function: they were “an outlet for the tremendous creative energy [the women] possessed.” This is why she consistently claimed working class black women as her greatest inspiration.

In her language and her content, Marshall was dedicated to the kitchen table poets— regular, every day, black Caribbean women who wanted big experiences in their lives: big love, big joy, big laughter. They looked around at their family and community members who were mostly content with just a little love, a little bit of wealth, and they decided to risk everything for more.

It is painful to read how Marshall depicts same-sex desire—because her disgust is clear.

Hers was the kind of writing that might be called “simple,” the kind of writer whose simplicity belies great attention to craft and great respect for her characters and their communities. Marshall explained that for kitchen table poets, women like her mother, “since language was the only vehicle readily available to them they made of it an art form.” And in using colloquial language—from sentence structure, to word choice, to idioms and proverbs—she restored so many of her readers to ourselves. I know immigrants from India and the Ukraine as well as the Caribbean who have found themselves in Marshall’s characters and their questions about belonging.

Marshall’s treatment of sexuality was complicated, as it is in Jamaica Kincaid’s work; both wrote about young women using sex to break free from the restrictions of Caribbean morality. And like Rosa Guy, Marshall’s Trinidadian-American contemporary, she braved mention of same-sex desire long before it regularly appeared in Caribbean literature. Marshall’s fifth novel, The Fisher King, portrayed a loving polyamorous relationship. And it is the change in Marshall’s treatment of non-heterosexual characters that points to her own evolution, and which helped at least one reader to also evolve.

In Brown Girl, Brownstones, Marshall describes the typical (or stereotypical) young Caribbean-American woman: “…you went to one of those factories called city colleges, desperately trying to be the dark counterpart of the American coed and studying to be a teacher or social worker…That you were already looking around for a nice, ambitious West Indian boy, lighter than you preferably, whose life you could order. Dreaming of the wedding that would end all weddings and settling down to the car, the two clean well-behaved children. And, of course, you were still a virgin.” This “grim description” of “brown monotony” surely includes expectations held for Marshall herself, who graduated from Brooklyn College and later also from Hunter College. And yet both Marshall and her first protagonist Selina avoid this fate; the first, of course, pursues life as an artist, and the second forgoes college altogether to explore Barbados, the country where her parents were born and raised. While Marshall did not write publicly about her own relationships or sexuality, for Selina sex is her first major rebellion against her community.

As I wrote some years ago, in Brown Girl, Brownstones, “sex is a physical manifestation of their rebellion and discontent made public through their disclosure … They use their bodies to break through communal restrictions…” (King 376)

In The Chosen Place, the Timeless People, her next novel, homosexuality, not extramarital heterosexuality, is key. An affair with an older, wealthy white woman is the cause of all ruin in young Merle’s life. The loss of her husband, her child, and her sanity are all attributed to the colonial and confusing affair. Marshall writes that the unnamed white woman “drained the very substance” of the Caribbean and African people around her.

A New Yorker blurb on the back of my 1984 version of The Chosen Place, which I’ve read so often some pages have come loose, reads, “When Marshall writes about those she truly loves, she cannot be resisted. She brings [to her characters] an instinctive understanding, a generosity…” And this is why, even now, several readings and a few decades after I first encountered The Chosen Place, it is painful to read how Marshall depicts same-sex desire—because her disgust is clear. On one hand, the affair is dismissed as “silly,” mere “nonsense” and “foolishness.” But on another hand, Merle despairs that “I didn’t know who or what I was,” that a same-sex affair made her question her very existence as a woman.

We don’t read literature in order for it to love us back, but we do often expect the literature we love to affirm our humanity—often imperfect, sometimes ugly or disappointing, but always human. Yet Marshall’s disdain for same-sex desire was so complete that her portrayal of Merle’s lesbian affair robbed Merle of her humanity—“I didn’t know who or what I was”—along with her family and her very sanity.

If extramarital heterosexuality in Brown Girl is pursued as a form of defiance, and in The Chosen Place homosexuality is a source of devastation, in The Fisher King sexuality is more simply an expression of love and affection pursued despite contradicting accepted norms and morality. This is ironic, since the primary relationships portrayed—two women and a man in long-term polyamory—are even more unconventional than the homosexuality so vilified in some of Marshall’s earlier fiction.

The book does not focus on the sexual aspect of polyamory. Instead, it stresses that deep love and affection keep these three people together. In fact, the “flesh and blood triangle” in The Fisher King is a rare site of happiness in the novel. The fact that all three lovers are black is particularly important; their love and behavior is presented as natural, not as a result of white contamination.

Ultimately, as in The Chosen Place, the community condemns the same-sex desire in the triangle’s non-nuclear family structure and the individuals involved in it. With this, her final novel, Marshall portrays censure as the problem, not the taboo sex or the love. And significantly, the individuals involved do not hate themselves or their sexual desires.

She always wrote black women who danced and loved and laughed and sometimes failed hard. And I love her for that.

Marshall’s women typically disagree with their communities on important matters such as sexual morality. But even when they leave them—and they often do—they do not abandon the people with whom they grew up. After the husband in The Fisher King dies, the unmarried woman in the polyamorous relationship is ostracized and encouraged to leave her lover, her family. And after years of exile in England, Merle returns to her Caribbean home for the imminent death of her father. Selina leaves Brooklyn for Barbados only after publicly declaring her love for her immigrant community. Not unlike Marshall’s protagonists, though I’ve criticized and disagreed with some of her work, I still want to read and teach and honor it.

Marshall’s portrayals of sexuality range from empowering to homophobic (in the literal sense of fear and loathing of same-sex desire). Yet her work did evolve, and she always wrote black women who danced and loved and laughed and sometimes failed hard. And I love her for that.

I am deeply thankful for Marshall’s work, how she was not afraid to center Black women, how she took risks in her writing, and how she was willing to expand her notion of what and who is acceptable. For years, Marshall wrote about not belonging; about searching for oneself. If she didn’t know before, I hope she knows now that she is not only read, but seen, claimed, and loved by her readers around the world.

Paule Marshall, you belong—you belong with us.

What Would All Right Feel Like? Honor Moore Tells
Her Story 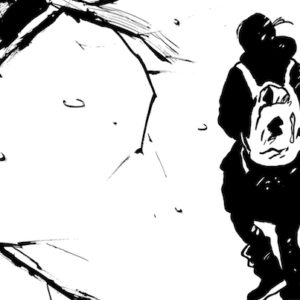