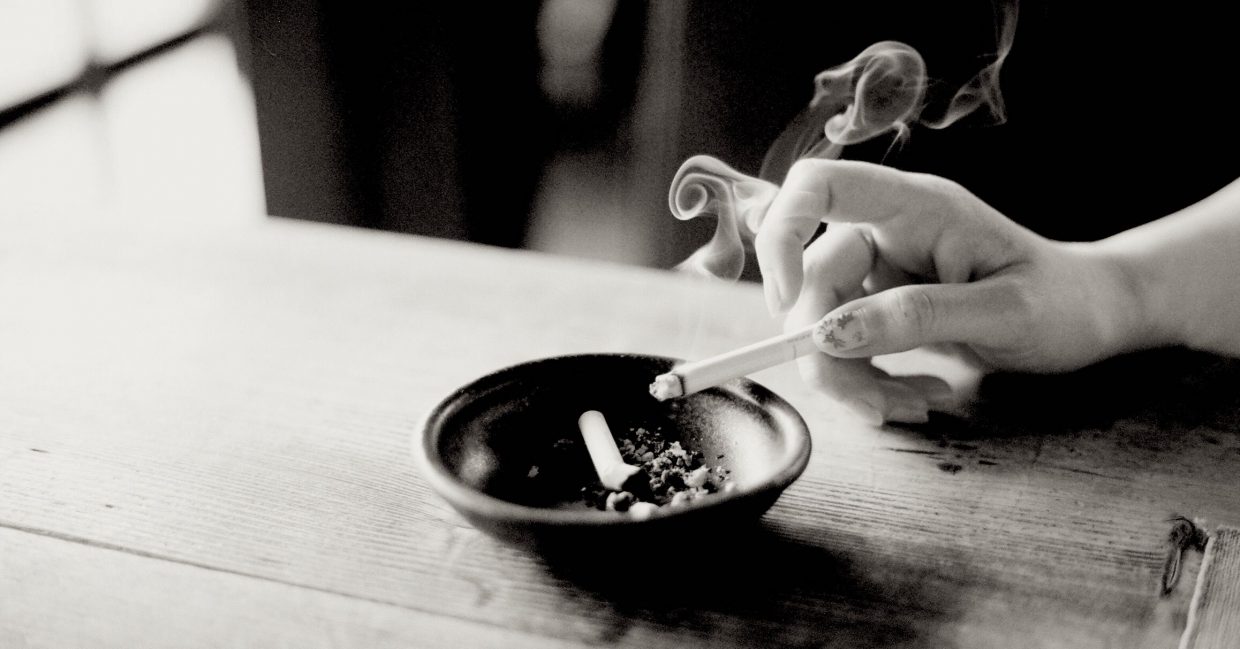 Motherloss, That Thing You Cannot Escape

Chelsea Bieker on the Painful Edge of Grief and Love

I wrote a novel about a girl abandoned by her mother after she falls in love with a man she meets over the phone. The facts of the novel are fabricated in almost all ways, but it is true that my mother left me in a similar fashion. As I wrote, I thought I was writing about religious cults. I thought I was writing about phone sex operators, about drought and global warming, about birth and motherhood, California, about teenage lust, assault, incest.

I didn’t know for years that while I was writing about those things, mainly, mainly, I was writing about the thing I cannot escape: My own motherloss. I was trying to make sense of that senseless thing that happened when I was nine, when my mother left with a man and never came back. This seemed to be the story I would have tell in a thousand different ways to exorcise it, knowing all along I would probably keep dressing it up in different costumes, reaching after it again and again.

My mother’s phone boyfriend came before the age of cell phones and dating swipes. Hers was a landline romance. It started as a favor to her friend Linda, who had had a whirlwind affair with a man named Frank on a trip to Reno and wanted it to continue once she came back to California. She needed my mother to be their go-between, to relay love messages between them.

My mother took the unpaid job and committed to it with a vigor I had never seen. It went on for months and when Linda died unexpectedly, my mother and Frank kept talking. I felt my mother’s obsession grow thick and heavy in the air of our apartment, and the dread of what was to come rose to meet me each morning.

As the calls went on, she had no idea what Frank looked like at all. They had never exchanged a photograph. They decided to meet. She got real dolled up, she recalls, and drove out to the Klein’s Truck Stop off the 99. She spotted him right away, at a table surrounded by the waitresses. They were all staring when my mother walked in; they knew it was her, too, it seemed.

He stood up and smiled. He was not cute, she thought, and I wondered if he had described himself as cute to her, as a handsome man. But it was too late. “I supposed he had a nice smile,” she said recently, remorseful. And so she stepped toward him.

My mother has told me time and again that being homeless is her worst fear in life, and around the time she met Frank, she must have felt the possibility of it closing in on her: my grandfather cut her off financially and my father did too. She began to panic. She turned to alcohol—King Alcohol, she called it—and burrowed into her room, the phone cord coiled around her bare leg, Frank her newest savior.

I’m 30, and I’ve seen my mother only a few brief times since I was nine, each instance ending in arrest or disaster.

I remember long swaths of time where she was gone. These happened more frequently toward the end; where she went, I’ll never quite know. By then I was tired of it. I had my own agendas. At nine years old, trick or treating felt do or die so I decided on a hard line: If she did not take me then I would call my grandparents and tell them the truth. Though they already knew, didn’t they? Everyone who knew us knew.

When she denied me trick or treating, I told her I was going to call. We both lunged for the phone at the same time, and she was knocked off balance, fell onto her hip on the kitchen floor. I ripped the phone from her hands. No Chelsea, no. Don’t do it. They’ll take you away.

My grandparents picked me up. I went to bed and in the morning I smelled the cigarette smoke of myself against all their clean white things. I was intimidated by the huge double bed I slept in, a bed so tall I had to jump to get on it, but I was also soothed. The bed was so clean. The bed was nice. The carpet it stood on was pristine cream and just vacuumed, the tracks still visible.

Forward to this moment: I’m 30, and I’ve seen my mother only a few brief times since I was nine, each instance ending in arrest or disaster. Now she has received a small bit of money from some land her mother owned, and she bought a plane ticket. She’d never met my three-year-old daughter before and feels she must. For weeks I coach her how to pack a bag over the phone, for weeks she asks me will I still love her if:

She drinks the whole trip.

If she doesn’t want to leave the house.

If she smokes in the backyard, or accidentally inside.

Does she really ever have to leave the house?

Then, what do I pack? she asks again, and we start over.

Don’t forget makeup, she reminds me, as if I’m the one at risk of forgetting.

But the morning I was supposed to pick my mother up from the airport, my phone blinked with a text message from Frank. (Yes, they stayed together all that time.) My brain was unable for a few moments to understand what I was seeing: a photo of her lying face down on the floor of her apartment, her arm bent at an unnatural angle over her head, her suitcase on top of her as if it was the reason for her fall. Her body was fixed as a corpse.

It was the same body I remembered in childhood, the way she looked when she would fall, impossibly bent, but now there was something different. My mother’s body had shrunk. Her shame had wrapped so tightly around her she looked child small, feet stuffed into white tennis shoes, shoes she wore for just that morning, but did not wear in life. They looked like the wrong shoes entirely.

In the next message, another photo. In this one she was lying outside her apartment, face down again, her tumored and flea bitten dog sniffing at her hair. She must have tried to leave but landed against the railing of her walkway instead. Later I learned it was this fall that broke two of her ribs and dislocated her shoulder. I took a long breath, felt the familiar tension in my shoulders. I knew it all too well to be shocked.

Finally came a photo featuring a close up of her face after the paramedics turned her over, braced her. A red gash on her chin, her eyes squeezed shut wrinkling her powdery white eyeshadow, her short yellowed teeth bared in agony. I couldn’t help but notice that her lipstick, a bright berry shade, was applied nicely.

Now Frank is a like a child in my mind’s eye, someone who sends dramatic text messages with photos of my mother’s clumsy and broken-down body on the floor. He wants me to side with him, to see how awful she is, how sick she is—as if I don’t know better than anyone—and he wants my pity. But I’m not fooled by his slow drawl and performance of concern. He beats my mother. He’s bad as they come.

I’ve felt shame before. But when I look at my mother it’s alive in a deadly vibration. It is her.

Years ago, he punched her so hard in the back that he created what my mother called a hole there. A hole in her back. The doctor told her he’d never seen anything like it. But this man is all she has now. Why was he taking pictures instead of helping her? others seemed to be caught up on. But I understood the impulse. It made things real.

My mother is shame personified. She has so much shame that her body has become it. Her body was once angles of muscle. Arms that loved swimming, arms that carried me, though I don’t remember those carries. I do remember her tilting her head up dramatically, the calla lilies are in bloom agaaaaain, such a strange flower, suitable to any occasion, speaking in time with Katherine Hepburn in Stage Door and we would laugh.

I’ve felt shame before. But when I look at my mother it’s alive in a deadly vibration. It is her. The way she had cried into the phone the night before her flight and said again and again, “What if you see me and you don’t love me anymore?”

Finally I’d had it. I said, “There’s nothing you could do that would make me stop loving you.” She had already done everything possible to make me not love her and none of it had worked.

The discovery felt like a shift. I hadn’t known before that moment that there was a feeling of invincibility to unconditional love. Here my whole life I had always wanted to receive it, but giving it away was perhaps its own reward.

She never came to visit. The years pile on and I still haven’t seen her. We continue to talk on the phone as we always have. The phone is our portal. She tells me gut wrenching things with no affect: I haven’t bathed in a year. I haven’t left the apartment. I’ve been hit in the head too many times and my brain is fuzzy. I can’t walk anymore, so I crawl.

In my novel, after the girl’s mother leaves, she ponders the idea of preferring her mother’s death over the reality of a mother simply gone, living life apart. Death would be simpler, she feels. The sort of leaving my mother did has all the accouterments of death, but without the closure, without the clear reason for absence. It is death by choice, and very hard to accept. I confess to my therapist the thing I’ve never wanted to say to another living soul. I tell her I will feel relieved when this is over.

My therapist asks, in past tense, when I grieved my mother. It struck me. She was not dead but I had been grieving for some time. Will I always be grieving? I ask. But my body doesn’t like that. My body wants a conclusion to all of this. To understand there may never be one, there may only be different layers pulled back, different understandings, and then maybe, if I’m lucky, a peaceful day, is daunting, is sad.

Motherloss is my diagnosis. A cure might not be possible but the abatement of symptoms is ever evolving, and some days my mother is clear in voice, and I am light in spirit and it is as if none of this could have ever happened, and we are just a mother and a daughter on the phone together, and there is gratitude and there is joy. 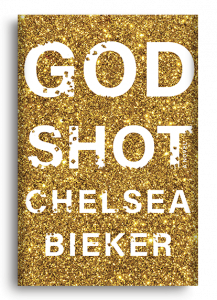 Chelsea Bieker is from California's Central Valley. She is the recipient of a Rona Jaffe Writer's Foundation Award and her fiction and essays have been published in Granta, McSweeney's, Catapult magazine, Electric Literature, and Joyland, among other publications. She was awarded a MacDowell Colony fellowship and holds an MFA in creative writing from Portland State University. Godshot is her first novel.

The 50 Best Contemporary Novels Over 500 Pages 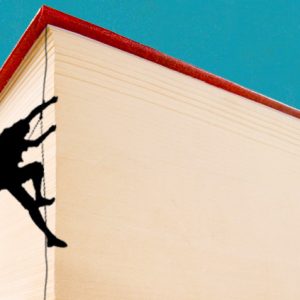 The 50 Best Contemporary Novels Over 500 Pages

Personally, I find solace in long novels. The good ones always seem to create space for the reader: space to sink and settle,...
© LitHub
Back to top
Loading Comments...