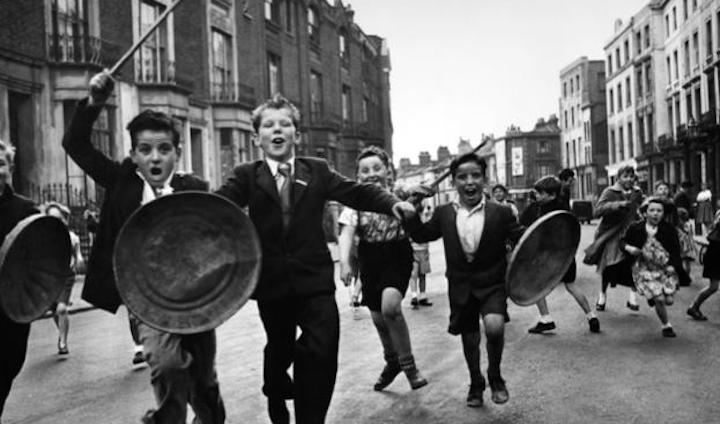 Motherhood, Writerhood, and Calling a Job a Job

On Routine, Solitude, and Dealing with a Five Year Old

I’m sitting in a loft in a house owned by aging hippies on an expanse of Tennessee farmland dedicated to the proposition that women deserve to experience childbirth naturally, peacefully, and in any position they choose: sitting, standing, in a tub, in a field. My sister-in-law has given birth a few houses away, ecstatically, and all are well and resting. Except, perhaps, for me. In this loft is also a five-year-old boy who is a pillow-fight champion and a zombie connoisseur. I, his aunt, am responsible for taking pencils out of his hands when he is running. When he is lonely for his father, for attention, I tell him quite truthfully that he is my most beloved, that he can’t even handle my love, that my adoration could swallow him whole, and I demonstrate with great chomps on his arms. I am here, protecting my nephew’s eyeballs, because I am the only family member without the constraints of a job.

Let me be clear: I’m a writer. I have to turn in a novel manuscript to my editor in a few months, and I’m working my tail off. But to claim writing as a job still strikes me as preposterous. Perhaps because writing, if anything, is a dream, a trance, accountable to virtually no one. I don’t clock in. No one tells me what to do. I don’t get health insurance. So when my brother and sister-in-law ask if I can spend a few weeks in rural Tennessee while their family of three transitions to a family of four, I say, “Of course! I’m glad I don’t have a job so I can help out.” The secondary problem here is that, as you may have already guessed, I haven’t gotten to the point of taking myself seriously. I’m sure there are writers out there who have an uninterruptable schedule, a daily page count, who are adept at closing the door to the outside world and arguing for the validity of their own creative labor. But I only recently began claiming writerhood and am still tentative. Ashamed. A little giddy. And I am very bad at saying no.

Which brings us to a real-world test. Can a woman professing to be a writer (even if it makes her blush) actually write when that figurative door is entirely porous? Can she write not just at a set hour, but whenever time presents itself: the five minutes it takes her nephew to draw alarmingly graphic portraits of his family, the twenty minutes he’s in the bath (she’s still watching, of course; bathtubs can be death traps), the hour he naps? Can she write not just in her carefully ordered house, but in someone else’s? In a different state, in a room that smells faintly of talcum? Can she pause to coo over the photo her sister-in-law sends, and then resume her train of thought?

I hear the sticklers for routine crying foul, but my friends, this is not writing under duress, this is the Writing Olympics! This is asking the putative writer to coil her arms, dig her toes in the dirt, sweat profusely, and to use the weapon of language not just as a soft brush on an easy page but as a lance, as it was intended. Why should writers get to be so sacred?

This is also, coincidentally, what it means to be a parent. To find time for the expression of self in and amidst a necessary outpouring of selflessness. There are writers who are shy of parenthood, of the way it saps both the brain and the minute, and I am wholly sympathetic. I’m not a parent, and when I consider raising a child by myself (which I sometimes do) my nerves start to fray. But my art is creation, which means I love nothing more than to watch a world emerge from nothingness.

Here on this Farm, this midwifery utopia, I am surrounded by practitioners of creation, and though I’m still holding on to some resentment about how my joblessness has landed me here, jerking me from my schedule, I’m also forced to confront my own sorry limitations. I think I can only write when I have all day to do it? I think my writing is somehow more precious than teaching a kid how to draw an oozing brain? Shame on me. Brains, pages, infants, readers: we are all enmeshed in crafting ourselves, and each other. This is codependent and inextricable; how can one write if one hasn’t lived? Look at me here, at the ground zero of delivery, stuck in a quicksand of vibrant life, among women producing brand-new things. What kind of rare luck do I have that brought me to this nexus of creation?

I read my nephew a bedtime story, reminding him of my love by threatening to chew off his toes. He wants to tell the story back to me, this time changing the ending, because he’s five and loves to make stuff up. Down the road a couple of midwives are paying a visit to the new human, who will one day want stories of his own.

Speaking of making stuff up… I wrote all of the above before I ever stepped foot on the Farm. (Don’t ask; I was nervous and needed to reassure myself that it would all be fine.) What a cheery vision: the loft, the napping nephew, the moments stolen to work on a novel. The eerie parallels between motherhood and writerhood.

Here’s the truth: I was at the Farm for two weeks and wrote less than a page. I stayed in a basement, my nephew never napped, and the idyllic surroundings were mostly blurred by exhaustion. The days were spent taking care of the pillow-throwing, zombie-analyzing boy, and sometimes other visiting children, and sometimes preparing lunches or dinners, and washing dishes, and holding the newborn baby (there was a baby, though the birth was slightly more harrowing than ecstatic) while the others showered or napped or, yes, got work done. I got no work done. I fed my nephew, I bathed him, I helped him with his homework, I carried his treasures, I kicked balls with him, I invented a system of discipline, I read stories, I answered questions, I wiped his bottom, I lost him in the woods, I danced like a monkey for him, and I watched at least two seasons of The Real Ghostbusters.

Even ordinary sleep was stolen from me. Let me pause here to describe sleeping with my nephew. He is what we call a cuddler. He crawls into you, his knees digging into your thighs, his hands clamped around your elbows, his head socked beneath your chin. If—at some point, perhaps in an effort to breathe or turn—you introduce an inch of space between you, he will simply readjust the vacuum seal. We spent nine nights together; I was pushed out of the bed twice, punched in the face several times, had my hair repeatedly pulled, and collected some bruises that make me look like the kickboxer I am not. He woke me when he had night terrors, and I got up in the morning when he got up, because that’s how you avoid house fires. Is this not familiar to parents the world over?

During the days, these days of service, of meaningful togetherness—of always being together with someone—if I found a few minutes of empty time, my brain could not string together words more complicated than “Aww, Slimer! Not again!” (I have more Ghostbusters references where that came from.) Whatever mental resources I’d had were drained by a lack of solitude. I’m an introvert, a very introverty one, and while I adore my family, I live three hours away, alone, for a reason. It occurred to me during this fortnight of constant interaction that parenthood, too, is not really an introvert’s game.

I pretty clearly failed to make writing a priority. I didn’t slip it seamlessly into the busy days. My creation paled in comparison to my sister-in-law’s. But just because I couldn’t balance the Self and the Other this time around, I’d like to think that if I want a child one day (do I?) I can figure this out, like women before me have done. (I’m just not going to have my baby at the Farm, which is a truly lovely place for those who love community. If it were up to me, I’d have it in a cave where no one could find me.) Motherhood and writerhood both mean putting in hard work on a text that rarely thanks you, and inventing a map when you have lost your sense of direction. It involves a relinquishing of the ego in favor of the world. Turning aside the soft bed, the lovely day, so that something other than yourself can learn to breathe.

When strangers ask what I do, I regularly invent careers for myself so that I don’t have to admit I’m a writer. (I wonder if some stay-at-home mothers do the same.) What does it mean not to have a job? It means to be vulnerable, which is also coincidentally what it means to write. In this story of my stay at the Farm, was I exploited by my family? No, because I was available, I was amenable, and they were appreciative. (Though there is a pattern of single women artists being taken advantage of. I’m not blind to how being female, childless, and “jobless” has historically made us ideal caretakers.)

But it’s not that I put aside my career for the sake of family, however amazing and needy they are, because this can’t just be a tale of sacrifice. I want to claim that I wasn’t exploited because being a writer, full-time—however loosey-goosey that may seem to the general public—gives me the uncommon opportunity to envision a job that’s defined not just by creation but by absorption: not simply putting words to paper but embracing and filtering whatever breadth of human experience I can access. I want to be both the mother and the child. The one who is night-pummeled and the pummeler. If I cannot always invent, I want in the meantime to learn. Getting to spend two weeks on a rural midwifery cooperative with my brother, his wife, her mother, their friends, and my five-year-old nephew? That is not a distraction, that is an Experience; to any writer worth her salt, experiences are no less than gifts. 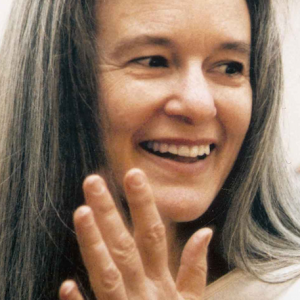 Are we different people in different languages? Being a multilingual writer in the 21st century. | Literary Hub On...
© LitHub
Back to top