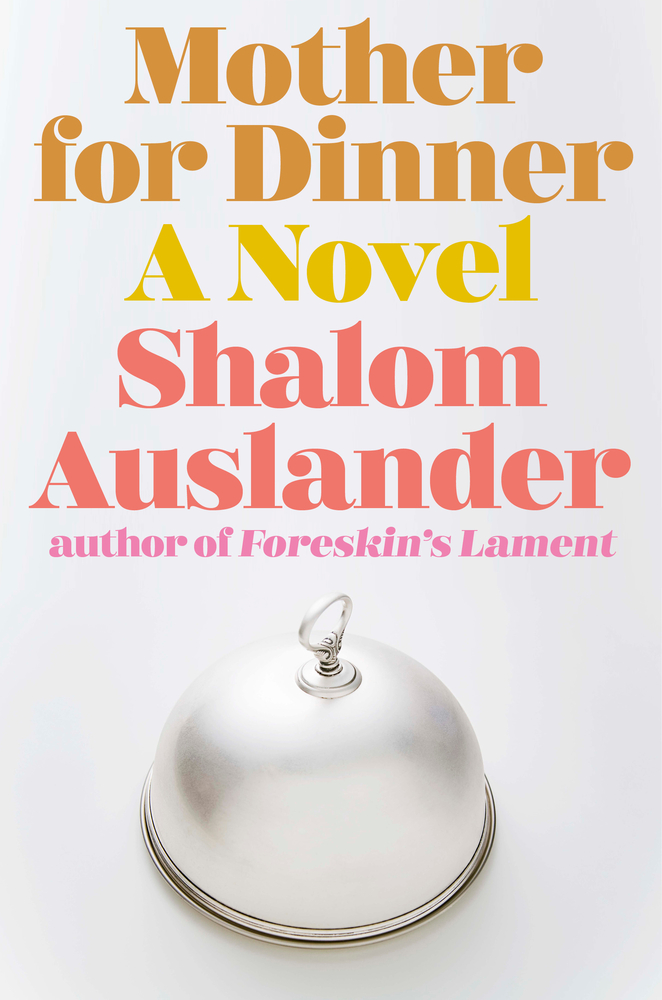 The following is excerpted from Shalom Auslander's latest novel, Mother for Dinner, an exploration on the things we owe to our families and to ourselves. Auslander was raised in Monsey, New York. Nominated for the Koret Award for writers under thirty-five, he has published articles in Esquire, The New York Times Magazine, The New Yorker, and elsewhere. Auslander is the author of the short story collection Beware of God and the novel Hope. He is the creator of Showtime's Happyish and lives in Los Angeles.

Mothers taste awful. They’re revolting, head to toe (the head is the worst part). No amount of seasoning will change that, ask anyone who’s consumed one. You can broil them, you can sous vide them, you can dehydrate them and turn them into jerky. It won’t help. Even their smell is awful; toss one on the grill and you’ll think someone has been burning car tires, which, with a bit of aioli, would probably taste better than mothers.

It’s not a gender thing. Don’t get excited. Women in general taste no worse than men, and they often taste better; much depends on the preparation, of course, but men tend to live sedentary lives, which gives them a smoky flavor that’s not to everyone’s liking. Women, on the other hand, tend to be more active and live longer, their meat more lean, their flavor more subtle.

But mothers—specifically, women who have borne a child—are a very different story.

Mothers tend to live much longer, which leaves them gamy and dry, their years seasoned with disappointment and heartbreak, their deaths often precipitated by long terms of confinement to bed, which stiffens the muscles and joints.

As they said in the Old Country: When a dead mother beckons, no one wants seconds.

Not that fathers taste good, mind you, but men on average die younger, and often suddenly. They’re no Peter Luger, but they beat the hell out of mothers.

What about mothers who die young? you wonder. Do they taste good?

It is a terrible irony of which only the ancient Cannibalian people are aware:

The younger the deceased, the sweeter the meat.

The sweeter the meat, the more bitter the heartache.

Seventh Seltzer was at work in his office, high above Manhattan’s bustling Soho district, wondering how many Burger King Whoppers (double bacon, extra cheese, no lettuce) his mother could eat before she dropped dead. She had been eating them for years now, often as many as twelve a day, every day, trying, as was the tradition, to fatten herself up for death.

A hundred? he wondered.

No way she could eat more than a thousand Whoppers, he thought.

He was way off.

Seventh had been dreading his mother’s death for years, even before she started eating Whoppers. He knew the moment was coming, approaching like a storm he could not elude but could only hope to endure, to survive in some fashion, and he knew what she was going to ask of him when her last moment arrived.

He knew that despite every promise he’d made to himself over the years, despite his burning determination to move on, he was going to weep.

Mudd? Dr. Isaacson had asked early in their consultations.

It’s what we called our mother, said Seventh.

Well, said Seventh. There’s a few versions of that story.

There’s a few versions of every story, Dr. Isaacson said.

Seventh hadn’t seen his mother in over a decade. Then, three years ago, his sister Zero had phoned and told him that Mudd had begun eating Whoppers (double bacon, extra cheese, no lettuce), a dozen a day, every day, in order to fatten herself up for death. Zero was concerned by her behavior, and asked Seventh to phone her and intervene.

Mudd, Seventh said, what are you doing?

Dr. Isaacson had cautioned Seventh against engaging with his mother, pointing out that Seventh was always more depressed when he spoke to her than when he didn’t. Seventh’s guilt had overwhelmed him, though, and he phoned her despite Dr. Isaacson’s advice. He took it as a minor victory that he had resisted going to see her; Mudd took it as a major victory that he had phoned, and knew that he’d eventually show up at her door.

Fine, he had said to her. Do what you want. Eat your Whoppers. But I am not coming over.

Implying that he hadn’t lost.

You phoned, she said. That’s all that matters.

Implying that she had won.

Now, three years later, he sat in his office doing the grisly math of a dozen Whoppers a day, every day, for a year.

Four and a half thousand Whoppers a year? thought Seventh.

No way she’s eating four and a half thousand Whoppers a year.

It was morning, but outside his office window the sky above the Hudson River was already turning the dull, oxidized gray of slaughtered meat left out too long. An early winter snow was approaching, catching the city off guard, but Seventh had too much work to worry about it; his desk was buried beneath a mountain of unread manuscripts, each of them, he knew, another tedious version of what he had taken of late to calling the Not‑So‑Great Something-­American Novel. It was all anyone wrote these days, and all Rosenbloom, his boss, cared to publish.

The endings of these books are the most changeable element, and they have adapted with the times.

The Not‑So‑Great Something-­American Novel had a few essential elements, which Seventh, in his loathing for the genre, had taken to rigorously codifying. The Something-­American Hero’s Journey, he determined—they were all journeys, God help him, and they were all heroes—consisted of six basic steps. Step One was Arduous New World Journey, the dangerous, misery-­laden voyage from the Somewhere to the America (occasionally by car, some‑ times by train, usually by boat, the less seaworthy the better; rafts are a favorite ever since Twain, second only to the ever-­popular Clinging to a Piece of Driftwood), with a fifty-­fifty split between protagonists who are Victims Fleeing Some Greater Evil and those who are Innocents Propelled by Unrealistic but Noble Dreams. This step is followed by the brief but critical Step Two, Dashed Dreams Leading to Utter Hopelessness—dreams of freedom, wealth, safety, or love; any dream will do as long as it’s shattered (in the real critical darlings of the genre, all four types of dreams will be crushed, a technique Seventh referred to as the Hardship Royal Flush). Immediately following Dashed Dreams Leading to Utter Hopelessness comes Step Three, Determination in the Face of Systematic Repression. This and Step Four, Fight for Acceptance, make up the bulk of these stories, wherein the main character, pure of heart and wide of eye, learns that the New World he has adopted is a filthy toilet down which he is inevitably going to be flushed. Noble these people are, though, and they do not relent, eventually reaching Step Five, Desire Revealed as Tragic Flaw, in which the main character learns that the problem is not the New World, but rather his desire to be there, a spiritual lacking within the hero that causes him to prefer the shallow, vacuous, superficial rewards of the New World to the deeper, more spiritual rewards of the Old. This step is critical to the book’s success, for nothing so assures the cultural acceptance of a book these days as the rejection of the culture that gave birth to it.

The endings of these books are the most changeable element, and they have adapted with the times. For a long period, before the sun began to set on the American Empire, these stories ended with a step Seventh called Defiant Resumption of Hope, in which despite all his hardships and travails, the protagonist refuses to give up hope, for himself and for America. They were very popular in their time, suggesting as they did that all you needed to make it in America was hope (they also suggested, conversely, that if you didn’t make it in America, it was your own damned fault, but this didn’t seem to bother readers as much as it did Seventh). More recently, though, the writers of Not‑So‑Great Something-­American Novels were opting for an ending that irritated Seventh even more than Defiant Resumption of Hope, one he referred to as Triumphant Rediscovery of Unique Cultural Heritage, in which the beleaguered immigrant comes to the not unexpected realization that America is a vast cultural and spiritual wasteland, and that the culture he was fleeing is the one he needs to return to, Marcus Garvey–like, minus the whole Supporting-the-­Klan and Blaming-­the-­Jews bits. 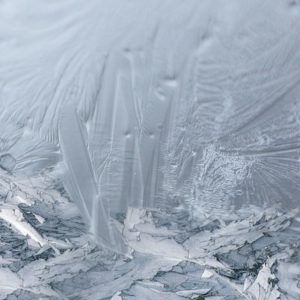 "How" Loves How I love you How you How we hang on words How eaten with need How we need to eat How weevils sift the wheat How cold...
© LitHub
Back to top