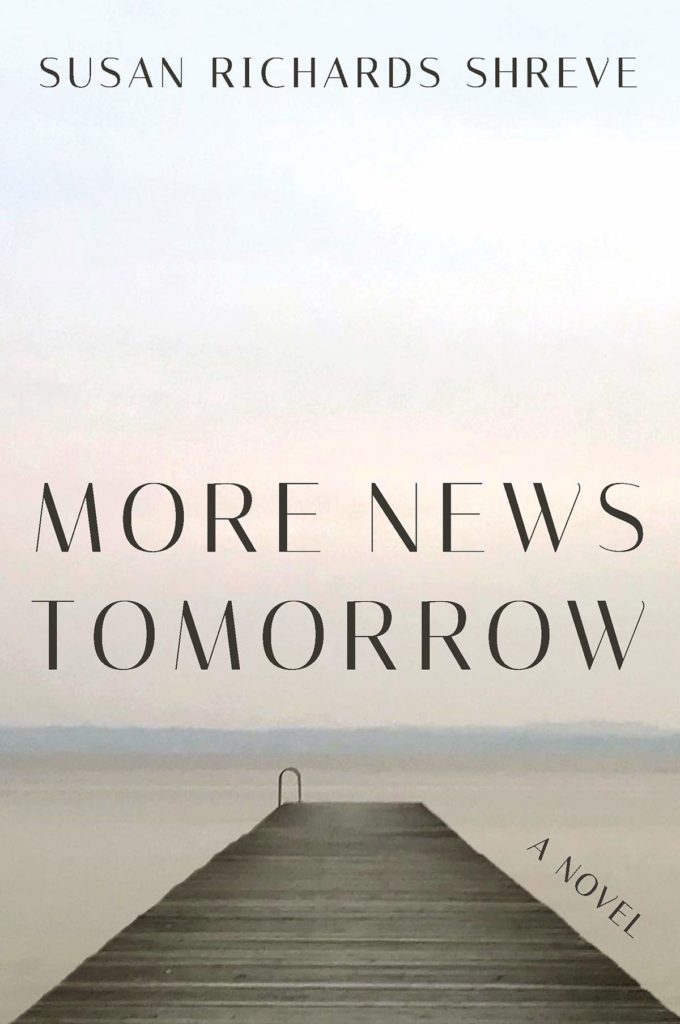 The following is from Susan Richards Shreve's novel More News Tomorrow. 70-year-old Georgianna Grove is suddenly brought back to her hometown after she receives a mysterious letter concerning her mother's murder 66 years before. Susan Richards Shreve is the author of 15 novels, a memoir, and 30 children's books. She has received a Guggenheim Fellowship and a National Endowment grant, among others. A professor at George Mason University and former chair of the PEN/Faulkner Foundation, Shreve lives in D.C.

The letter from Roosevelt McCrary that upended Georgie’s life came the morning of her seventieth birthday—written on Camp Minnie HaHa stationery and dated June 18, 2007. The handwriting sloped, the way Georgie’s father’s had been, the way children were taught to write script in the thirties—the paper smudged from handling. He must have written Georgie and then reread the letter again and again for months before he decided to mail it.

You may not remember me. I was eleven and you were four and your mother was thirty-three and your father was thirty-seven when I last saw you and now I am seventy-seven and you must be seventy this year and I wish you a very Happy Birthday. If you are receiving this letter and have any interest in hearing from me, here I am. I have lived as a groundskeeper and general carpenter at your father’s camp since I was twenty-four, thirteen years after your mother died. In time I became a part owner and now live at the camp in retirement but still keep the grounds, repair the occasional chair or cabin window.

There were nine people on the canoe trip in 194l and all of them are dead but you and me. I remember the morning your mother was discovered just above the sign for Missing Lake. Did you know that? Missing Lake, Wisconsin, a two-hour trip upriver by canoe to Minnie HaHa. For days it had been raining and that morning the sky opened and the yellow sun was rising in the east and I thought to myself, Finally the sun.

And then James Willow, the head counselor, and a former student of your father’s from Chicago, traveling in the third and last boat, discovered your mother on the ground at the edge of the pine forest.

I am so sorry.

PS. James Willow died in 1943 as a fighter pilot in WWII.
I got your address from information. I hope I’m not intruding.

When the mailman arrived, Georgie was in the kitchen taking down the dishes from the cupboard to set the table for the birthday party that she was giving herself that evening.

A rack of lamb marinating in mint and garlic on the counter, sweet parsnips to be pureed on the stove, bubbling in milk, French green beans, roasted carrots. The color of things mattered to Georgie, cooking her way through the cookbooks she read at night before she went to sleep. Rosie had made a chocolate cassis cake with raspberries for dessert.

Autumn sunlight spilled across the open porch, a light breeze like summer—not rare for Washington in mid-December, but the heat of the day was unusual.

She waved to the mailman through the bank of windows that framed the front door, and he handed her the large stack of mail, catalogues, throwaway advertisements, bills.

“And this,” he said giving her the handwritten brown envelope, ripped on the edges, something yellow spilled across the address so the destination was barely visible, the stamp half gone. “It must have had a helluva trip.”

A letter—just the fact of it—was significant.

An actual letter out of nowhere into this brilliant morning in northwest Washington, D.C.

She sat down on the top step of the porch and opened the envelope.

News from Camp Minnie HaHa. Her first home, the home to which she had arrived as an infant traveling the Bone River with her parents by canoe.

She read the letter slowly, read it twice and didn’t realize that the breath had gone out of her until she stood, leaning for balance, against a pillar on the front porch. Lightheaded, she walked back in the house, passing the living room, where her grandson, Thomas, who had just turned thirteen, was lying on his side in front of the fireplace, reading.

A Monday and Thomas had not gone to school again.

“Any interesting mail for me?” he called.

“Only one and it’s for me,” she replied.

“For your birthday,” Thomas said without looking up from his book.

“More interesting than that.”

She would tell Thomas about the letter. Sometime, not today. He knew about her mother’s murder at a campsite on the Bone River, and somehow it delighted him to hear her tell about it as if the value of Thomas’ own life were enhanced by his genetic proximity to such a story.

Georgie folded the letter, put it in the envelope and walked up the back staircase to her room, slipping it in her underwear drawer beneath a small stack of camisoles and worn bras.

She needed new underwear. She had noticed that hers had gotten thin and gray with washing, holes in the crotch of her panties. Maybe she’d buy those slips of colorful lace bikinis that Rosie wore.

Seventy, but no reason to settle into a life without intimacy—in fact she’d recently read in one of the magazines at the dentist’s that for older women intimacy was fundamental to health and spirit. She didn’t need a magazine for that news.

She stood at her dresser checking herself in the long mirror. She had a slender, striking face, high cheekbones, olive skin, large dark eyes—intimations still of the young woman she had been.

How many months—actually years—had it been? She’d been sixty-five when Edward Connell, with whom she’d occasionally been sleeping, moved with his wife back to Nebraska. Too far to continue a relationship, and Georgie was not sufficiently urgent for Edward to meet, say, in New York or Chicago.

Besides, things happened. Nicolas’ daughter Oona was born; Rosie’s husband Richard got sick and died. In the months after Richard’s death, Thomas, their son, developed a speech pattern that prevented him from completing a sentence, so his conversations, except in the safety of home, became a series of beginnings without ends. And just this past summer, Georgie’s youngest child Venus went into a facility for alcohol abuse and came back to the Home for the Incurables to live One Day at a Time.

Georgie wanted a love affair. Someone younger perhaps who could expand inside her without all the trouble it had taken Edward. Or even someone older who would lie beside her, their bodies curled together in the large four-poster bed on the second floor of the Home for the Incurables, and talk her into the night. Someone whose voice was the sound she heard as she fell asleep.

Since Charley really, she had never wanted a man living in her house with his big shoes needing polishing and his briefcase and papers and newspapers and undershorts and the television on all the time. Just a visitor who came and went at her discretion and kept his things—his clothes and books and loose change and cash receipts—elsewhere.

Which had nothing to do with Charley, whom she would love for the rest of her life.

Something about Roosevelt thinking of her after so many years filled her with happiness. Or maybe he had often thought of her but never had the courage to write before.

Happy Birthday, he had written. I wish you a very happy birthday. 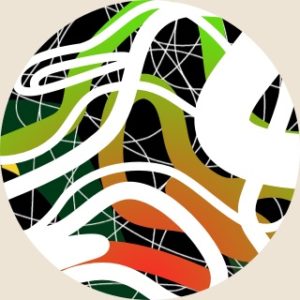 "Jackpot" There was still my father. After Daniel proposed, we stayed on the bed and made a flurry of calls, starting with our closest...
© LitHub
Back to top