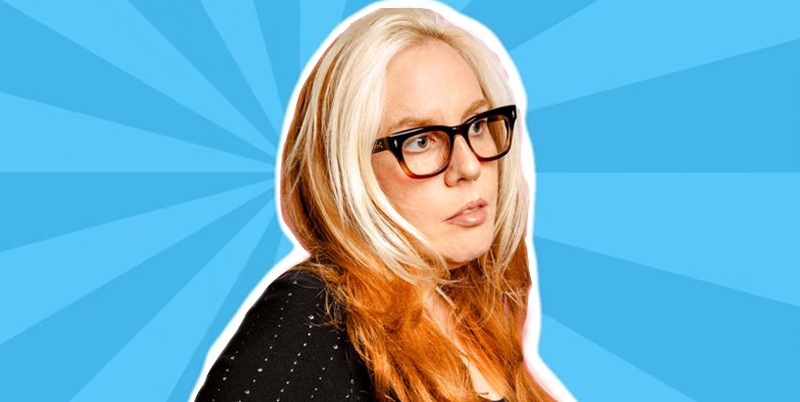 Introducing Twitterverse, a New Show About Tweets and the Writers Who Send Them

In our first episode, author and journalist and superstar Tweeter Molly Jong-Fast sits down with Gabe to tell him what it felt like to do battle with Elon Musk out on the timeline. Molly explains why she loves Twitter and how she used it to sting Bill Maher for being a bully. She talks about a recent horror show scenario on Twitter which lead to one of the scariest experiences in her life.

Molly also gets personal and talks about her childhood and the unique challenges of growing up with a mother who was a famous writer and Second Wave feminist icon in the 80’s. Plus her own career as a book author in the early aughts and how the media treated her. She and Gabe chop it up about Gen X: the good, the bad, and the ugly. Molly also describes what to her is the worst case doomsday scenario for America. And why Jon Stewart might be the only person who can prevent it.

Molly Jong-Fast: I never want to say anything good about Donald Trump because he’s so evil. But one of the things he did was he started responding to people’s tweets. And people love that. And they love it because they love to feel that they have a relationship with their politicians. And so even though he retweeted the most base and disgusting stuff—I think he did it because he’s pathological but also because he’s very self-destructive—but the truth is that when politicians engage with people online, it helps them, I think, in a big way.

Since I’ve been recently accused of benefiting from nepotism (which is totally fair) I would like to post this picture of gorgeous mom in the 1970s. pic.twitter.com/EWRsgPDDx3

Molly Jong-Fast: In the 1970s, my mom published Fear of Flying, which was her big book. She had been a poet. This was a beautiful picture that I just saw. So I wanted to post, but … I want to be a little personal, but I also don’t want to talk about what’s going on with her, which is that she has dementia because I feel like it’s manipulative and it’s not appropriate, though she wrote about me my whole life, so I’m very conflicted about how I feel about it. And I also feel like she has dementia, so she’s not going to know necessarily. So maybe it’s okay.

Elon Musk is all about free speech except when it comes to NDA’s right?


Gabe Hudson: Was that intimidating when Elon Musk came at you?

Molly Jong-Fast: Well, part of me was like, oh, my God, because, you know, I’ve had these events happen where they go after you and you find out you’re on some list, right? Or 4Chan or there’s some thread about people saying they want to murder you. It depends on how those go. Sometimes they can be really scary. But I also felt like he’s elevating me and he’s so famous. What is he doing? Like it’s such a stupid waste of his time and capital.

Gabe Hudson: I was worried for you that day a little.

Molly Jong-Fast: But it just went on and on and on, and I kept on tagging myself and turning off all my mentions. And it kept going and going. That wasn’t like the ones that are scary or like in November, I wrote a piece that was basically the idea was at Thanksgiving, you should talk to your relatives about getting vaccinated. But the first line was, do you program your relatives this Thanksgiving? And then the last line was, you’ll change them hearts and minds or you’ll have to call the FBI. But my editor made it the lede. So these people screengrabbed it and went nuts. And that one was really scary because people started 4Chan and then they had to call the FBI because there was some more credible levels of threats. And then I had people calling me like, You need to do this, you need to do that. And that was actually pretty scary.

Molly Jong-Fast: Elon Musk absolutely hates me. It’s so funny because it’s like when it was happening, I was thinking like, you’re elevating me, you stupid idiot. Like you’re Elon Musk. You’re the richest person in the world. You’re so famous. But, you know, he’s very fragile emotionally. I mean, what’s interesting about Twitter is also you just can watch people interact with each other in crazy ways. So basically, he decided he wanted to buy Twitter. I’m not sure if there ever was the math that he could actually buy Twitter. And then this sort of right-wing group got very excited and they started sucking up to him. And that’s how you saw Lauren Pope tweeting about how great he was. And you saw, you know, a lot of the usual suspects.

Gabe Hudson: And I think you tweeted, congratulations, you got the dumbest—

Molly Jong-Fast: The dumbest member of Congress is sucking up to you.

Molly Jong-Fast: The funny thing about Jon Stewart is the only person who can stop Tucker Carlson is Jon Stewart. … There’s likea horrible doomsday scenario where Tucker Carlson runs for office, right? I do not like that scenario and I’m worried about it.

Molly Jong-Fast is the author of Normal Girl, Girl, Maladjusted, and The Social Climber’s Handbook. She has written for many newspapers and magazines, including The New York Times, Harpers Bazaar, W Magazine, Cosmo, The Times (UK), and Marie Claire. She lives in Manhattan. She is married to a recovering academic. They have three very small children, all of whom like to talk to her when she is on the phone.

Vivian Gornick will receive the 2023 Hadada Award from The Paris Review. 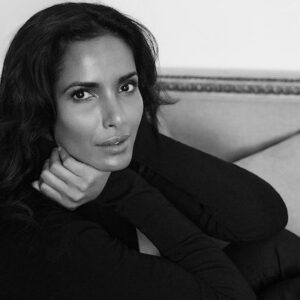 Big news for the (in my experience, huge) Venn diagram center of book lovers and Top Chef fans: Padma Lakshmi will host...
© LitHub
Back to top