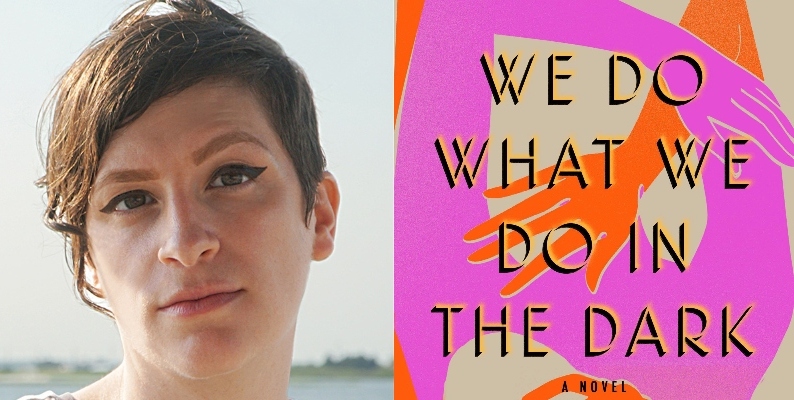 This week on The Maris Review, Michelle Hart joins Maris Kreizman to discuss her debut novel, We Do What We Do in the Dark, out now from Riverhead.

*
On why Impostor Syndrome is a myth:

I always hoped and imagined that I would be on this side of the publishing process, to be the author rather than to be the person covering the authors, although I love my job. But every day I woke up with some sort of sense of Impostor Syndrome. Would I belong on the same shelf as Amy Hempel? No way! And then I met Amy Hempel and I started attending publicity lunches for authors I had admired from afar. If I gleaned anything from those lunches it’s something like we’re all just regular people. We’re all just bumbling along together. I always looked at published authors as having their shit together, and they just really don’t… I expected that authors would be experts on their own material, but that was so not the case. Everyone was just kind of like, “I don’t know, it’s a book and you can read it however you want to.” It was freeing.

*
On questioning a #MeToo relationship:

I started writing this book way before #MeToo. So I had been writing this relationship dynamic in a certain way, and then 2017 and 2018 is when I was wrapping up the book. I would be hesitant to call this a #MeToo novel. I don’t know if it is that, though I’m sure there are some readers out there who will make that connection.

But I did realize that this narrative participates in parts of that conversation. The role of autonomy in a relationship between two people who are very different in age and station in life. The thing about #MeToo that struck me was the way it caused women and other people to recontextualize past relationships. We suddenly had new words and phrases and experiences that we could then use to look back and say “Oh, actually that was kind of like this.” So it didn’t really change much about the dynamic that I was writing and how I was writing it, but it gave me a sense of what the stakes are.

It was important for me to end the book with someone else asking about the relationship because essentially most of the book is a two-person play. The affair is like a story that only two people know. So it was important to see what happens when someone else impresses their opinion of this relationship upon Mallory. I think Mallory would be hesitant to define her relationship with the woman as a #MeToo relationship… I think it’s questionable. And I want people to question it, and I did too.

*
On why you shouldn’t ignore shame in storytelling:

I find the rendering of shame very interesting when it’s done in fiction. I struggled with it because on the one hand as a queer author you kind of don’t want to tell a story about shame… but to ignore shame entirely would have been disingenuous. That is something we all feel whether we display it in certain ways or not. And so it became about how shame works as a plot propeller.

Michelle Hart‘s fiction has appeared in Joyland and Electric Literature, and she has written nonfiction for Catapult, NYLON, The Rumpus, and The New Yorker online. Previously, she was the Assistant Books Editor at O, the Oprah Magazine and Oprah Daily. She received her MFA from Rutgers-Newark and lives in New Jersey. Her debut novel is called We Do What We Do In the Dark.

Lit Hub RadioMaris KreizmanMichelle HartpodcastsThe Maris ReviewWe Do What We Do in the Dark
Share:

“Yoknapatawpha on the Hudson”? On the Novelistic Universe of Edith Wharton 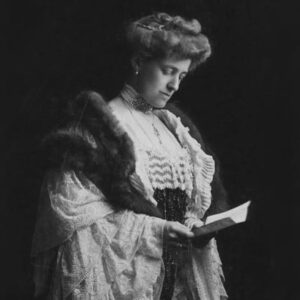 “Yoknapatawpha on the Hudson”? On the Novelistic Universe of Edith Wharton

Like William Faulkner or Thomas Hardy, and not unlike the Marvel Cinematic Universe, Edith Wharton loved some milieus too much...
© LitHub
Back to top