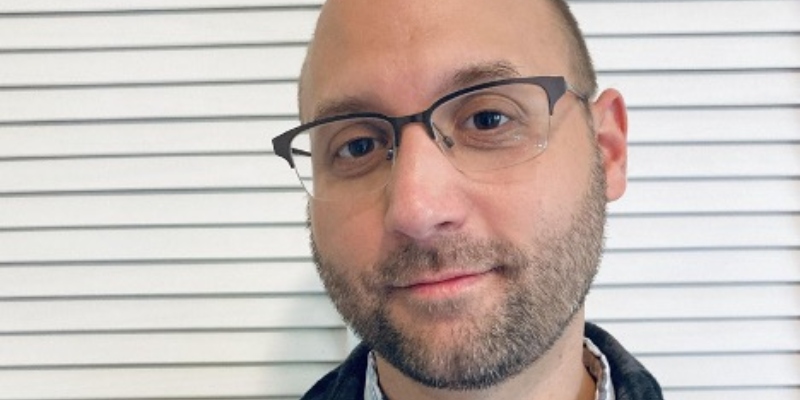 Parenting has intense highs and lows, and this quiet meditation—”Touching My Sleeping Baby’s Fingers, I Feel I Could Write Instead” by Michael Wheaton—sits perfectly in the middle. In this single sentence piece, he asks himself the question that has followed many fathers before him and will plague many after: How do you give yourself so fully to another without losing yourself?

While Wheaton doesn’t offer an answer, the carefully chosen prose offers a new idea. Perhaps there is no answer. And maybe that’s okay, too.

Listen to Michael Wheaton read “Touching My Sleeping Baby’s Fingers, I Feel I Could Write Instead” on Micro. Subscribe and listen in full, wherever you get your podcasts!

Kirsten Reneau: The use of repetition here—of “want” and “need” specifically—what led you to make that decision, especially when it’s inside only one sentence?

Michael Wheaton: I drafted this poem while sitting on my bed after my infant son drank a bottle and passed out on one of those Boppy pillows. This was our second child. I wrote both those words the first time they appeared because I couldn’t figure out which one to use. I’d been feeling for a while like I’d lost the ability to differentiate between them. That’s probably a normal symptom of becoming new parent and caring for small children. Can desire become so intense it becomes need? Is there a general need underneath every specific desire?

I needed or wanted more space, more time to be a self, and I was wondering how much of myself I’m really capable of giving to another human being. What do they need, what do they want, what do I need, what do I want? It’s hard to tell or do any of it right. When I noticed the words come up a second time in the first draft, I figured I should lean into them one more time at the end to bring it together.

KR: One underlying theme of this piece is a lack of control, which is especially interesting in relation to the idea of men being “providers” for their families. Can you talk some about this subversion of traditional expectations around fathers and men in this piece?

MW: I’m kind of a control freak. I’ve been described by people as “very Capricorn.” I wonder if most of my writing tends to come from feeling a loss of control, and then I use the writing to feel a sense of it return. Small kids can control even less than we can, except maybe their parents sometimes, and I was at a point where I’d been losing control of my emotions. I couldn’t “provide” as much as I really wanted; I’m a teacher and writer, oops, and I felt like I was failing at making up for it by being an extra good caretaker. There were many great moments, but the lowest ones stayed with me more. I wanted to be more aware of and grateful for the quieter ones where things weren’t high or low, but manageable—like I could be both a parent and a self. Writing this helped with that.

KR: Have you ever had your palm read, or would you ever?

MW: I have a vague memory of going to a tri-county fair as a teenager and wandering into a palm reading booth with a friend on the way out. It’s possible it didn’t happen; I have no recollection of the reading. The memory is of my friend and I walking home and laughing about our futures. Should I send a photo of my hand?!

KR: You’re the founder of Autofocus. If you could go back in time, what is something you would tell pre-Autofocus Michael about the process of running a literary magazine?

MW: I think I would just say, “Yeah, man. This is a good idea. Go for it.” I tried to talk myself out of it for a while before I finally started reaching out to people for work to edit and publish. I tend to get a little distrustful of my own big ideas before taking action on anything. It’s my nature to go all-in on something when I actually do it, which is why I can’t just keep it simple and do a lit mag; I have to do an increasingly more frequent podcast and jump into publishing a handful of books, too. When it gets a little stressful, I try to talk myself into slowing down, but it rarely works. I’ve learned to ask for help (read: not be in control of every single thing), which is happening in tandem with my normal life, too. I suppose I don’t write as much as I did previously, but in a way I’m more creatively fulfilled.

MW: Normally when writing a short piece like this, I try to gain enough typing momentum that I explode through a draft without overthinking. I think the “inspiration” is often just a build up of thoughts and emotions I don’t fully understand. Maybe that loss of control you mentioned. The result is often messy, and then it becomes a game of rereading and trying to find the center. If I can find that, then I cut, recast, and/or expand as needed.

With this one it was mainly just cutting down to the essentials. At the time, I was having a “poetry moment,” and this piece had line breaks. It was rejected by maybe a half dozen places before I realized the line breaks added nothing, and I was still really writing prose. I took out the breaks and put it out of my mind. Then I started reading some really great stuff come out from The Complete Sentence, so I opened the piece to see how many sentences I used—I thought maybe two or three—and found out it was already only one and basically ready to submit. I was lucky enough for Jason Thayer to accept it and offer a few more great tweaks to set it fully into place.

Michael Wheaton is the publisher of Autofocus and host of its podcast The Lives of Writers. His writing has appeared in Diagram, Hobart, Burrow Press Review, Bending Genres, Variant Lit, and other online journals. Find more at mwheaton.net or on Twitter: @wheaton3000.

Kirsten Reneau is a writer, teacher, and interviewer. She received her MFA from the University of New Orleans in 2021 and lives there now with her dog. Her personal work can be found online at http://www.kirstenreneau.com.
AutofocusfatherhoodKirsten ReneauLit Hub RadioMichael WheatonMicroparentingpodcastspoetry
Share:

All the Secrets of the World 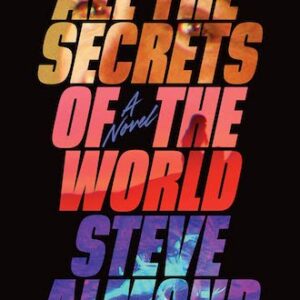 All the Secrets of the World

After science class, Lorena waited in the bathroom behind the portables, just in case. But Jenny Stallworth didn’t show...
© LitHub
Back to top