A Statement on Borders at the O, Miami Festival

It’s April and, all of a sudden, almost cool in Miami—there’s no chill, but the sky is overcast and the air devoid of its typical moisture. It’s nearly comfortable, below 80 degrees. Walking is rare here, and it is a good day to walk. I’m on South Beach for “Come with me, don’t be afraid: The Beach is a Border,” a poetic action that’s part of O, Miami Poetry Festival. Each April, O Miami’s goal is to make the entire county, all 2.7 million of us, encounter a poem: via stickers on fruits, audio recordings hidden inside seashells, paper sheets passed out in barbershops, intimate readings at hotels and theaters, car-sized messages painted onto rooftops.

The artist Sandra March conceived of “Come with me, don’t be afraid.” She and poets José Olivarez and Natalie Scenters-Zapico are going to lead a crowd of people down the sand, then back up, pausing to read poetry along the way: poems about man-made, body-governing borders and their repercussions, along with the moments in which they’re transcended. “His teeth are stars, and the stars are teeth, and there is nothing to mark the difference,” Scenters-Zapico reads, from her poem, “Because They Lack Country.” She is from El Paso, Texas and Cd. Juárez, Chihuahua, Mexico, and her second book,

Lima :: Limón, will be published in May. “He draws lines across her body in pen—openings for respiration.” March announces, in Spanish, that it is time to keep moving.

March wanted “Come with me, don’t be afraid” to briefly transform the coast—often a space of arrival for those who’ve fled their countries of origin, and a border from which they might be sent back—into a place of reverence. “The beach is seen as a place of recreation, but for migrants it is an insurmountable frontier to achieve a better life,” March told me over email, a few weeks before the event. “With this poetic action, I want to highlight this tension, between the leisure that some experience and the danger that others run into when they are forced to cross a natural border. Where some live their privileges, others die for a better life.”

Participants in “Come with me, don’t be afraid: The Beach is a Border” take flip-flops as the event begins. Photo by Gesi Schilling

I’d also written to Olivarez, a Chicago-based writer and the son of Mexican immigrants, who explained that “anti-immigrant rhetoric and legislation … affects all members of my family to this day. For me, the project is a chance to honor my origins by participating in an event that honors the right to migrate.”

Now, together, attendees of “Come with me, don’t be afraid” are leaving our mark: upon arrival, we receive flip-flops with concave phrases etched in their soles—spaces for the sand to clutch, so that imprints might be briefly left on the beach. The words are excerpts from poems by Olivarez, Scenters-Zapico, Fabienne Josaphat and Javier Zamora: red, blue, yellow, pink flip-flops reading Citizen Illegal, Murmura Agua, Chimen Lavi, Tomorrow Tampoco. Spanish, Haitian Creole, Spanglish. It’s 7:30 a.m. on a Saturday, and I don’t feel the dense air of multiple hangovers, as I’d expected. Folks are quiet and so is the sea. South Beach isn’t even busy yet.

I am imagining what we look like from above—a slow-moving string of bodies.

The 50 or so participants are congregating at a table, tucking their sneakers into bags and stepping into their new sandals, requesting the smallest sizes for their babies (the child-sized pairs are white). Though we’d already known about the flip-flops beforehand, there’s a gentle buzz of excitement to try them on, see which color and poem we get. I’m a size 8.5, so I’ve got Olivarez on my feet, the red pair,

Citizen Illegal. There’s a small zine with drawings of people reciting or holding fragments of poems: “They build paradise under the sand / under the bones of our loved ones,” reads one, taken from work by Olivarez. We receive copies with our flip-flops. “This is kind of a living poem, so we shouldn’t explain it,” announces Scott Cunningham, O Miami’s founder, at the event’s introduction. “We should just do it.”

We leave the table, head toward the water. A small procession of us, a rainbow of flip-flops, weave along the sand, veer toward the lifeguard stands, the shore, back again. I am imagining what we look like from above—a slow-moving string of bodies, more visible this way without the glare of the sun. The text from our shoes forms a curved snake, “generating an infinite combination of meanings and poems,” March says.

José Olivarez speaks to the crowd. Photo by Gesi Schilling

When we touch the shoreline, the water washes our footprints away, then retreats as we make more. “I think about immigration as an ongoing act rather an act with a defined beginning and end,” Olivarez had explained to me.

On the walk, which takes two slow hours, Scenters-Zapico climbs one of South Beach’s colorful lifeguard towers, ketchup-red and dandelion-yellow, its awning a soft swoosh. She reads “Woman Found Near Sunland Park Mall” aloud, mouth to a bullhorn like a call to action:

The city is a body swallowed
We align our backs until we share the same spain
Your vertebrae are the numbered metal holes
that mark this part of the border.

Her poems feel like collective memories, stories of the bodies of her history, though they are totally personal. Her words are tender and voracious, ripping off bandages listeners didn’t know they were wearing. Olivarez, at a green tower, explains he is from a northern Mexican city—Chicago—and read to us from “Gentefication”:

I plant a grain of sand/in the new organic juice spot in El Barrio …
The grain of sand grows into a cactus & mi Abuelita Jacinta is back with the living
she’s kicking the juicers out of her kitchen & making masa …
my mom’s French braid gets longer every minute
soon it will be long enough to toss to our cousins in Mexico. in LA. in Texas.

From above, the crowd must look like a wave. The flip-flops leave blisters and create a new border, one that will soon be erased, too. Performative poetry is for the imagination, brief but profound.

“When I write,” Olivarez told me, “I am not trying to create empathetic ways of thinking. I am trying to imagine other possibilities for the people I love. I am trying to contribute something useful to my people, something that…might expand the possibilities for what we can create for ourselves. I don’t know what conversations an event like this can create, but for a moment when we are on the beach sharing space with one another and we are sharing a vision together, maybe for an instant we can create another world. And if we can create another world for an instant, then perhaps, we can create it for a second longer.”
bordersFloridaimmigrationJosé OlivarezMexicoMiaimigrationNatalie Scenters-ZapicoO MiamiSandra March
Share:

Monica Uszerowicz is a writer and photographer in Miami, FL. Her work has appeared in BOMB, Hyperallergic, Filmmaker Magazine, the Los Angeles Review of Books, Artforum, Cultured Magazine, and elsewhere.

Can a Little Bit of Data Make Parenting Easier?

How to Write a Book in Ten Days 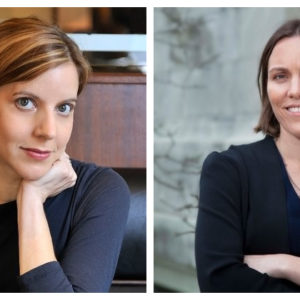 Can a Little Bit of Data Make Parenting Easier?

Pamela Druckerman, author of There Are No Grown-ups: A Midlife Coming-of-Age Story and Emily Oster, author of Cribsheet:...
© LitHub
Back to top
Loading Comments...