Mentorship Changes Lives: On the Success of Girls Write Now

Founded 20 years ago, Girls Write Now is one of the nation’s top afterschool programs. The teenage participants, 93 percent of whom come from high-need backgrounds, have performed at Lincoln Center and the United Nations and published original work everywhere from The New York Times and Newsweek to Lenny and BuzzFeed. At the heart of the program is one-on-one mentorship: Girls Write Now matches young mentees with professional writers, and together they prepare for college, readings, and publication. Tin House will publish Girls Write Now: Two Decades of True Stories from Young Female Voices this month. I was lucky enough to catch up with mentee Samantha White and mentor Erica Silberman to talk about collaborative writing, pushing each other as artists, and seeing your name in print for the first time.

Masie Cochran: How would you say writing and mentoring relationships work?

Erica Silberman: They’re all different. You take your cues from your mentee. I think of Prince’s lyrics when I think of the role of a mentor, “I’m not your lover, I’m not your friend, I am something that you’ll never comprehend. . .” Sometimes you’re dealing with personal things—listening, asking questions, and speaking from experience, trying not to impose your own opinions while at the same time being of use—and sometimes you’re working on writing, trying to get a piece to be the best it can be.

Samantha White: It’s nice, having someone to show your work to, ask questions about life. I love that I have her in my corner. When I have a grown-up question, like about credit cards, or when I need an honest opinion, I’ll go to her. She’s understanding but will tell me to put on my big girl pants from time to time. That’s a serious comfort, to know that in writing and in life I can make mistakes and have someone who won’t judge and will help me through it. Someone I can talk to about it beforehand.

Whenever I think about my relationship with Erica I think back to two points. First is a reading we were both part of, where I read about my reaction to someone getting shot in front of a Popeye’s across from my house, and she read about a man who fell from scaffolding. We, and by we I mean she, coined the term shy exhibitionist.

The term summed up how we loved to read in front of big crowds, even though our hands would be shaking from nervousness. The second is on the floor in Barnes & Noble where we worked on the aforementioned piece. She helped me understand my dark humor. Those were two times where I was able to understand and become comfortable with myself.

ES: Those are two moments I remember really clearly! I was disturbed about seeing a construction worker fall from scaffolding, and Samantha was wondering why she felt inconvenienced by a shooting. We talked about how she used humor to cope with the fact that there were a lot of shootings in her neighborhood. There was another time we couldn’t get a seat in the cafe, so we sat on the floor by the SAT prep books and talked about re-writing them so they were more relatable.

MC: How has working together as a pair shaped your writing?

ES: Samantha is really honest. She doesn’t spend a lot of time worrying what someone will think of her or her writing. She’ll question herself for a moment, and then the moment is resolved. And she loves writing. So many writers I know dread writing, but she writes for no other reason than she likes to write.

SW: I’m actually trying to be a bit more honest, mostly with my feelings and more personal pieces. In stories I am pretty open, but every time I try to write something I’m feeling, usually in a poem, I remember feedback Erica gave me. She could tell there were things I wanted to say, and she recommended that I write, then edit. I keep that in my head every time I write now.

“That’s a serious comfort, to know that in writing and in life I can make mistakes and have someone who won’t judge and will help me through it.”

MC: Was it daunting to start sharing your writing with someone else?

ES: I loved sharing our work. I love Samantha’s writing. We write very differently and yet we’re able to riff of each other and write pieces together.

SW: Man, even now it’s super nerve-wracking. I value what Erica thinks of my writing greatly, and while I don’t write to please anyone else, I do spend a lot of time thinking of how others will react to it.

MC: What’s something you admire in each other?

ES: Samantha has a natural curiosity about people. Unlike me at her age, she’s able to walk right up and talk with anyone. Sometimes she’ll start with a compliment, but it’s always a sincere compliment, not a means to get something from someone. She seems blind to status.

I remember this one time, years after we were enrolled at Girls Write Now, Samantha was doing a few sound cues for an immersive theatre project I was doing. The director asked her to give her a sign that she was ready. Samantha gave her the subtlest, slowest movement nod. And the director asked if that was it, and Samantha was like, yeah, I don’t want to pull focus from the actors. The director fell in love with her for that. I think Samantha can feel me humming when I’m anxious, and when she asks if everything’s okay, it reminds me to put things in perspective.

On the flip side, I learned early on that she walks fast and can make her way through pedestrian traffic quicker than I can. That wasn’t easy to reconcile.

SW: So, I’ve been to see a few of this lady’s plays and hear her work. Every time I’m like, “Wow. . . She is good.” Like in the way that famous singers’ friends probably don’t fanboy or girl over them, but then they hear them perform and remember that they are capable of making amazing art. I look at other people with this proud grin and in my head I’m going, “Yea. That’s my mentor.”

MC: Did your mentor-mentee relationship evolve during and after your participation in Girls Write Now?

ES: During our participation I felt I was a little too lax. Samantha and I would talk a lot in our sessions but not write as much. I thought I should have us write more during our sessions, but neither one of us seemed to want to do that. So I learned instead to keep an ear to a story she would tell me and the things she would say, and then I’d tell her to go home and write it down. After the program I was still trying to help her with school, but eventually it grew into a relationship where I made space for her in my life, where I’m there for her and include her in some of the things I do that she might not normally be a part of.

I’d bring her to readings I was doing, or to plays I had written or directed. I host a literary and music salon, and sometimes Samantha reads in it. Other times she comes to watch and hang out. Her mom comes too. That’s been nice. They have a very close relationship, and it wasn’t until after Girls Write Now that her mom started to join us for some things. Samantha always asks if it’s okay first. I took Samantha to see (eight-time cabaret award winner) Natalie Douglas, and now she’s hooked on her. We both love dumplings, so we sometimes go to Chinatown. She doesn’t let me say she’s my former mentee. She says she’s my mentee for life, and it goes both ways.

SW: That was likely my fault. I would get gold if procrastination was a professional sport. To be fair I think we did get everything in, in a timely manner. After the program I think Erica became even more of a mentor and a friend. She’s great at both. I think I’m a bit better now at meeting up to write and actually writing, as long as it isn’t at a dinner place, but Erica still doesn’t think it’ll happen. I love that she brings me to places I’ve never been before. I get to experience new things that people in my neighborhood circle would have never brought up, and now I try to do that for other people.

MC: How has Girls Write Now, writing and mentorship impacted your lives?

SW: And I’m down to help anytime I can. GWN was the first place where I really felt like people could want better for other people and actually do something about it, for no other reason than they just want to. I think that was a really important thing to find in high school.

MC: How did it feel when you heard you were going to be published in Girls Write Now: Two Decades of True Stories from Young Female Voices?

SW: I think my mom was more excited than I was when she found out! She immediately wanted a copy. . . of a book for which the material wasn’t even created yet. Silly lady. The day I actually got the book, I had that feeling when you realize something amazing is real and that you did it. It’s like “wow. . . I have my name and my words in a book. Published. In a book. Like I can find it online and buy a copy, book.” That’s dope.

In Search of the Anarchist Who Shared My Name 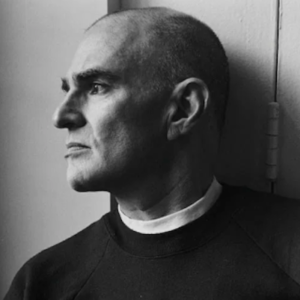 Will Schwalbe: Hi. I’m Will Schwalbe, and this is But That’s Another Story. Do you ever come across a book that everyone...
© LitHub
Back to top