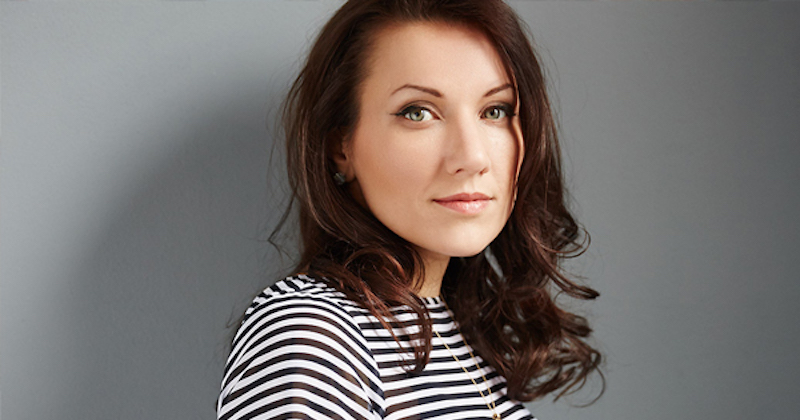 Melissa Febos on How Patriarchy and Capitalism Conspire Against Women

Elizabeth Lothian Talks with the Author of Girlhood

Melissa Febos in her previous works has investigated herself with smart, hawk-eyed precision and dazzling prose. In Girlhood, Febos’s new essay collection, she turns her unflinching eye to the experience of coming of age in a female body.

Pulling from her own memories and reflections, interspersed with those of women she interviewed, Febos reveals how even the most “normal,” fortunate girlhood is filled with experiences that can be described as traumatic. She traces how structures of society collude to subjugate girls and how that subjugation affects how women come to move within and relate to the world in a myriad of ways.

One Sunday afternoon a few days into 2021, Melissa and I spoke on the phone about the transformation of her relationship with her memories of girlhood, how capitalism and patriarchy conspire against women, coining the term “empty consent,” and her overall mission to make visible the things that those of us born with female bodies don’t talk about.

Elizabeth Lothian: This collection of essays are all linked, as the title suggests, by the experience of girlhood. What was your motivation for centering this collection on girlhood?

Melissa Febos: I didn’t plan to write a collection about girlhood. I really was just writing essays that interested me. I took an inventory of the essays that I had been excited to write and that I felt most connected to and thought, what is the common denominator among these? Is there a thematic link between them? And it turns out that the thematic link was girlhood. Sort of to my surprise.

There’s a way that as a lifelong feminist, as someone who’s written multiple memoirs, I would not have thought that I had anything more to say on the subject. But I realized that while I had given a glancing treatment to material that’s in Girlhood in earlier essays, I had never confronted those things with my whole face.

EL: In your author’s note you write that you “have found company in the stories of other women, and the revelation of all our ordinariness has itself been curative.” How did you come to this revelation? What did you find curative about it?

MF: In the process of writing the collection I didn’t plan on sort of the more journalistic elements. But I started writing about girlhood and I thought, whoa, it felt like I was alone with this experience but reflecting as an adult, I think that’s pretty unlikely.

Then I started talking to other people—my partner, my friends—and that is the experience I was referring to in the author’s note about it being curative. Having those conversations for the first time as someone in her late 30s was profound and really transformed my relationship to those memories.

EL: In “Kettle Holes” you introduce puberty as a changing point not only within your body but also in terms of your value in the world. How did you experience your value changing?

MF: That change felt particularly stark in some ways for me, because I grew up with a feminist mother who was very conscientious about giving my brother dolls and giving me trucks and making sure that we didn’t feel inhibited by our gender in terms of who we could be, at least in our household. What came along with that was, in some ways, a kind of innocence about what we were going to meet when we left.

Obviously, we went to school and interacted with the outside world, but as a kid, up until adolescence, my self-conception was largely defined by who I was in my family and in the privacy of my own experience, which was very connected to the outdoors. It was very athletic, it was very fantastical. I was a big reader, running through the woods making up stories. My experience with my body was pretty liberated and empowered. I had a really comfortable sense of my own agency, as an embodied little person.

When I developed, I went from being invisible to men, to being glowing in a kind of way that I think we all do when our bodies become recognizable as women. I was completely unprepared for that. It’s really confusing, because capitalism and patriarchy, conspired to tell us a story about that which is that it is a form of power, right? That we command men’s attention.

EL: I think that touches on the idea you bring up in the same essay about the interconnectedness of desire, fear, and hate, while looking back on your experiences with your neighbor, Alex.

MF: It’s misleading in some ways because as children if we’re lucky—which I was—being wanted was connected to being loved. Your parents want you and they love you and there is safety and protection and unconditionality to that experience. But when you become sexualized, being wanted does not actually correspond to any of those other things or it’s certainly not guaranteed to correspond to any of those other things.

That can actually be quite dangerous for young women. We’re taught that being wanted feels like the promise of love or affection or safety or at the very least the conclusion of our own excitement or desire, and it actually guarantees none of those things. There is a whole dark cohort of other things that can deliver.

For me, in “Kettle Holes,” I write about that experience with my neighbor. I try pretty hard in my work not to speculate about the motives of other people. But I do think that young men are taught in both explicit and implicit ways that they should have power over women and girls, and be able to dominate us. For some of them, the experience of desire feels disempowering. They’re compelled toward girls, and that feels like a humiliation, and they have an attendant resentment. That was part of what drove the dynamic between me and that neighbor. Because my instincts told me that he liked me. And then he tormented me. And I think both of those things were kind of true.

EL: In “The Mirror Test” you explore the connection between being defined by the gaze of others and experiencing a decentralization of your world. How did the gaze of both males and females change when you entered puberty? How did that affect your reputation, as well as how you came to see yourself?

MF: There’s almost a part of me that’s in awe of the perfect coup of a male-dominated culture to impose upon women this incredible constriction and vulnerability, that when we develop sexually, even if we’re still children, we’re suddenly vulnerable to and sexualized by adult men. But not only that, other girls should be compelled to punish us for that and to police us for that as a form of competing for that burden. It’s amazing. It’s immaculate.

This is something that I try to write about from a lot of different angles in the book: it is the mark of a truly successful dominant social structure that it should program the people who are subjugated by it to enforce its very construction. That we are the ones who are starving ourselves and policing each other and punishing each other and reinforcing the idea that this male attention is precious. That we should want it, that we should crave the subjugation of the male gaze, and we should actually fight over it!

EL: You write about the male gaze from another angle in “Intrusions,” where you tell of a man peeping on you in your bedroom 15+ years ago. You go on to chronicle the many representations of Peeping Toms and stalkers in culture and how peeping and stalking are considered acceptable forms of courtship that women should desire to be the object of.

MF: I cut so many examples out of that essay because it was getting redundant! There are quite literally an infinite number of dynamics that I could extract from our culture that way. Peeping Toms just happened to be something I had a personal experience with.

I was honestly shocked when I started talking to other women and their experiences were all the same. Almost all of them had never talked about it or ever really thought about it. They had been dissuaded of taking it seriously by men that they trusted in many cases. They’ve been blamed and gaslighted by police. It was like little paper dolls, the same story again and again and again.

There is something so validating about having those conversations and of sort of pulling that… I’m picturing like a plumbing snake clogging up the drain here and you pull this fucking repulsive giant clump of hair and disgustingness. It was like that. I knew something was in there, a blockage of some kind and then I pulled it up and I was like, Fuck, this was in there all along! We don’t ever get to let go of that shit until we look at it and we talk about it and we realize that we didn’t choose it.

EL: In “Thank You for Taking Care of Yourself,” you discuss Harlow’s touch deprivation experiment with monkeys and connected it with the idea of “skin hunger” which I found myself reading through a new lens nearly a year into the pandemic! I was so interested in the rules of the cuddle party and by the end of the essay, I too was wondering why don’t we have these rules as a society?

MF: I felt then and I feel now that it is a revolutionary practice, that kind of roleplaying. The normalization of asking permission to touch people and affirmative consent is the cure for so much of what ails our society, particularly, in terms of bodily sovereignty and sexism. It led me to think about how easy it is to take for granted the way that things are, the “normal” or natural way for things to be, when actually it’s just how things have been during our lifetime.

EL: After your first cuddle party you go on to interview women about the idea of “being possessed by the patriarchy” and this leads to an exploration of “empty consent.” Many women you speak to experience their sexuality reluctantly consenting “without enthusiasm.” Did it surprise you that that sentiment was so pervasive among the women you interviewed?

MF: It sort of did. And it didn’t. When I put together all the pieces of what I know about our society, it’s like, duh. I’ve never talked about the way that I had agreed to so many forms of touch on a regular, maybe daily basis. I think I wanted to give it a name—the empty consent label—because my desire was to make it visible.

This is an experience that is happening all the time that has affected every woman I spoke to. I believe it affects every woman, and tons of men—because children get touched by people when they don’t want to all the time, not just in terms of molestation, but we don’t teach children that they have sovereignty over their own bodies.

The mission of that essay—and of maybe of all of my work ever—is to make visible the things that we don’t talk about so that we can change our relationship to them. 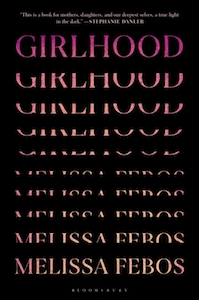 Girlhood is available from Bloomsbury Publishing. Copyright © 2021 by Melissa Febos.

Elizabeth Lothian is a writer and 4th generation Brooklynite. Her work has appeared in Guernica, Bitch, Electric Literature, and elsewhere. She holds an MFA from The New School. 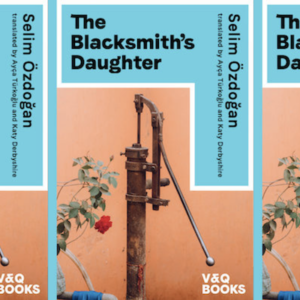 Timur likes going to the cinema to see double bills of Turkish or foreign films; a romance and an adventure film, a drama...
© LitHub
Back to top
Loading Comments...