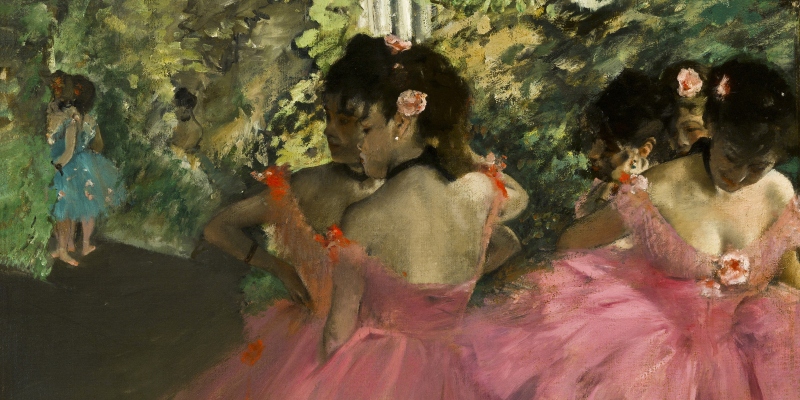 Megan Abbott on the Tortured, Insular Worlds of Ballet and Gymnastics

Hidden behind an Olympic gymnast’s smile or a classical ballerina’s serene grace is a darker reality, one involving grueling work and, often, physical and emotional pain. In this week’s episode of Book Dreams, Megan Abbott, Edgar Award-winning author of the recent novel The Turnout, explores the insular worlds of gymnastics, ballet, and cheerleading and uses them to spotlight the damage that patriarchy can inflict on girls.

Megan discusses with co-hosts Eve and Julie how these microcosms reflect our tortured and damaging treatment of female sexuality generally and girls’ bodies more specifically. They talk, too, about the fleeting nature of beauty, and of our bodies’ strength, and why that adds to the appeal of these worlds. Megan also addresses various responses to actions taken by Simone Biles to protect her mental health during the Olympics, and how those responses highlight how far we have—and haven’t—progressed.

Julie: You have thought so deeply about the pressures on girls in sports: the pressure to win, to be disciplined at all times, to be perfect, to be sexual but not too sexual, to be nice and a ferocious competitor. You have to have it all appear effortless. I’d love to hear your reaction to recent moments when women athletes like tennis star Naomi Osaka and gymnast Simone Biles have said, “You know what? I am not okay. The toll is too great, I’m taking myself out, at least for now.”

Megan: Yeah, boy, it was fascinating. I followed both those stories, especially Simone Biles because I’d written about gymnasts, and that term she used,”the twisties” it’s a word I knew very well. It’s sort of that moment when you know you’ve lost your center and that you will definitely fall. You will probably break your neck.

One of the things I’m always interested in, these small worlds always their own language and the way they talk about things. Everyone in gymnastics knows how dangerous the twisties are. But in the larger culture, at least for some, responses in that moment were “This is a silly thing. This is just—toughen up. These millennials and Gen Zers, they’re so precious.” And all of that was appalling to watch. People, none of them who’ve ever put their life at risk in any way, are saying to this young woman that us watching you fall and break your neck is more important than you saving your own life by knowing you have to exit the situation.

And in terms of mental health, that felt like a huge leap from where we were three or four years ago, but she still had to fight a lot. Even from professionals, sports broadcasters, and other athletes. I was sort of stunned at how much blowback she got, even though I do think it was overwhelmed by the positive response. And same for Naomi Osaka. In that case, too, presenting her as the problem child because she “always has something.” It’s just unbelievably arrogant to me, and cruel. But I think the outrage against that response felt productive, and it feels like at least there’s a dialogue about it that may move us towards progress.

Eve: Yeah, it’s so interesting. You mentioned the power of language, and just the word “twisties” is such a silly little girl word. Right? It doesn’t sound like a serious, possibly lethal thing. The language itself is disempowering, the language itself reduces the likelihood of being taken seriously.

Megan: Right. And actually, on the inside, it’s trying to take some of its power away by giving it that name. In baseball there’s a version of it called the yips, which is also a silly name. It’s sort of like a mind over matter situation—much of it is about fight, about beating off the superstition, which will actually make you put yourself in danger.

Megan Abbott is the Edgar Award-winning author of the novels Give Me Your Hand, You Will Know Me, The Fever, Dare Me, The End of Everything, Bury Me Deep, Queenpin, The Song Is You, and Die A Little. Megan’s writing has appeared in The New York Times, Salon, The Guardian, The Wall Street Journal, The Los Angeles Times Magazine, and The Believer. Her work has won or been nominated for the CWA Steel Dagger, The International Thriller Writers Award, and the Los Angeles Times Book Prize. Formerly a staff writer on the HBO series The Deuce, starring Maggie Gyllenhaal, Megan is now a co-creator, executive producer, and showrunner of the USA Network show Dare Me, which was based upon her novel.

Where Intimacy Meets Tactility: Artists and Publishers on the Nature of the Photobook 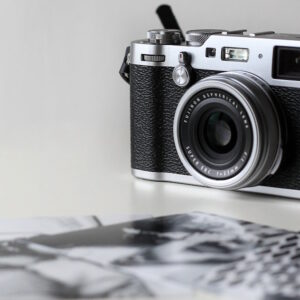 Where Intimacy Meets Tactility: Artists and Publishers on the Nature of the Photobook

For nearly every type of book, the physical book is not the thing we admire. The merit is situated outside the paper and glue....
© LitHub
Back to top